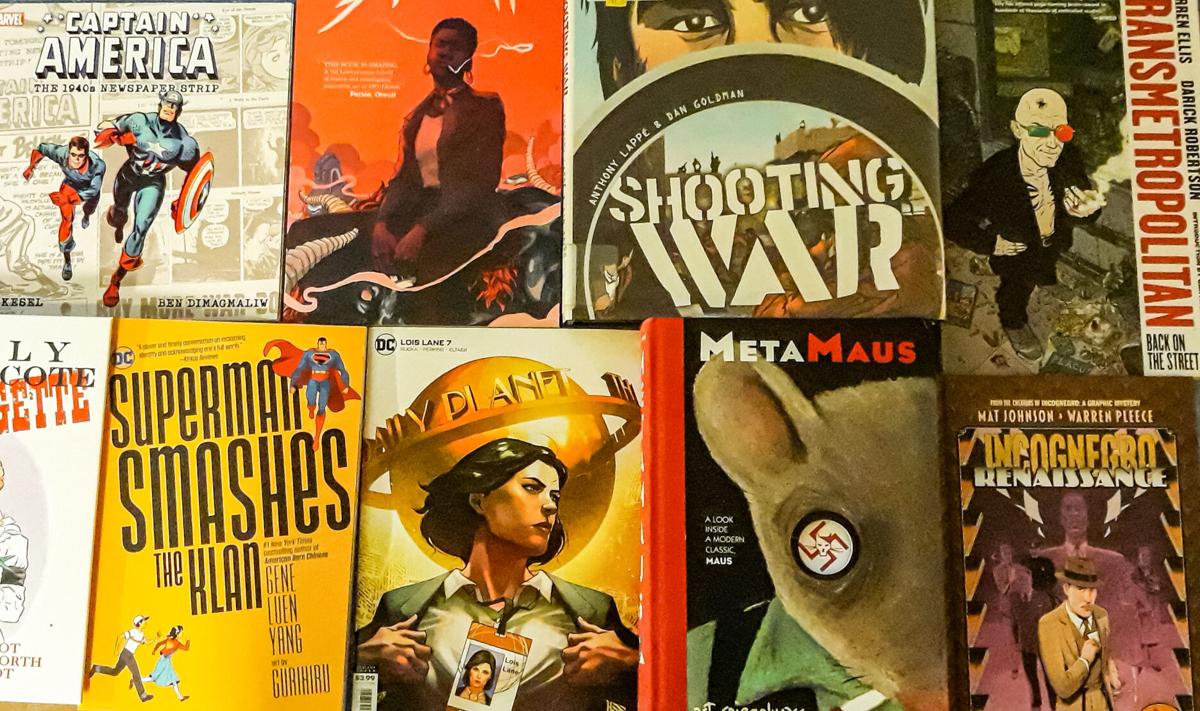 A variety of comic books and graphic novels have come out in recent years to address history and social justice issues -- from the Holocaust in "Maus" to racism in "Superman Smashes the Klan" and "Incognegro: Renaissance." 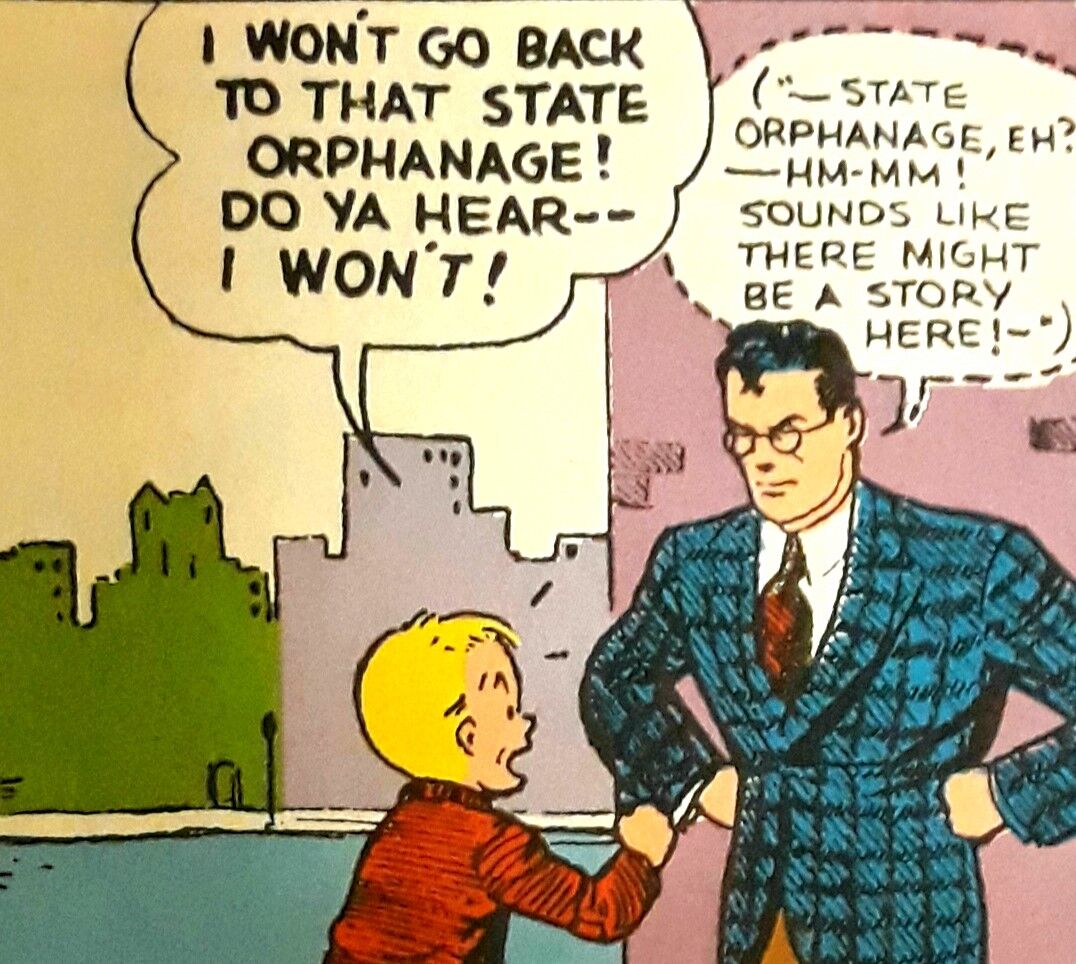 Superman spent many of his earliest adventures addressing social ills he first identified in his secret identity as mild-mannered reporter Clark Kent. 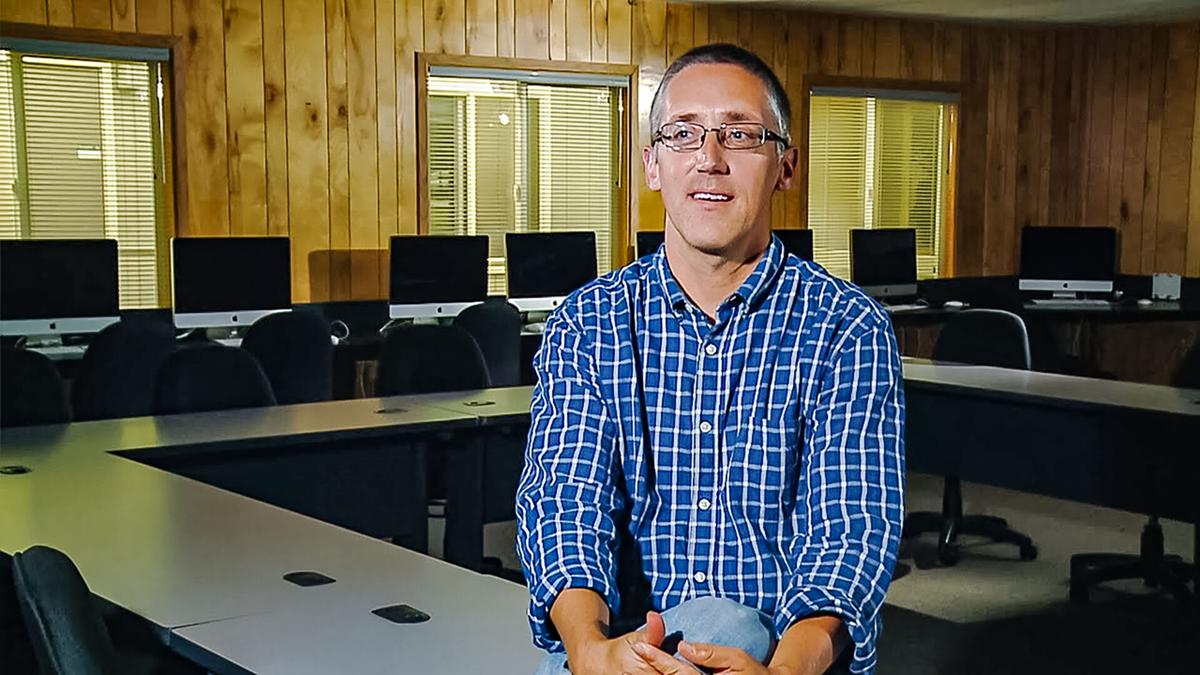 Before Kenneth Carano was a professor of social studies education at Western Oregon University, he high school social studies and incorporated comic books and graphic novels into his classes. He now teaches other educators to do the same. 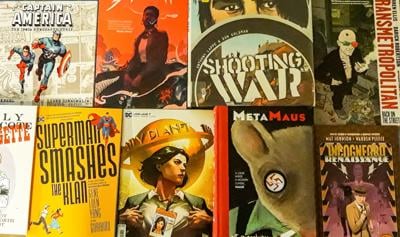 A variety of comic books and graphic novels have come out in recent years to address history and social justice issues -- from the Holocaust in "Maus" to racism in "Superman Smashes the Klan" and "Incognegro: Renaissance."

Superman spent many of his earliest adventures addressing social ills he first identified in his secret identity as mild-mannered reporter Clark Kent.

Before Kenneth Carano was a professor of social studies education at Western Oregon University, he high school social studies and incorporated comic books and graphic novels into his classes. He now teaches other educators to do the same.

MONMOUTH — Superman started his career during the Great Depression battling corrupt tycoons, abusive spouses, malignant slumlords and anyone else who wielded privilege as a weapon of mass oppression.

He and the legion of costumed crusaders who quickly followed were the original social justice warriors.

The Man of Steel was also the original Dreamer. He may have come to Earth with powers and abilities far beyond those of mortal men, but like so many of today’s DACA students, he came as an infant without the proper paperwork.

Plus, he was a member of the mainstream media — a mild-mannered reporter whose crusading journalism on behalf of truth, justice and the American way might meet with derision in some quarters these days.

Superman provides a lesson for us all, said Kenneth Carano, a professor of social studies education at Western Oregon University. In fact, he said, comic books in general offer deeper lessons than “crime doesn’t pay” and “don’t make Hulk angry.”

“It’s great to use graphic novels with struggling readers, more visual learners,” Carano said. “There are a lot of visuals. It gives a sense of humanizing the story. They’re able to see facial expressions.”

The social justice thread in comic books and graphic novels runs from Superman, created by Jewish teenagers Jerry Siegel and Joe Shuster, through “Maus” — the Pulitzer Prize-winning graphic novel by Art Spiegelman that tells the story of the Holocaust.

Based on Spiegelman interviewing his father about his experiences as a Polish Jew and Holocaust survivor, “Maus” depicts Jews as mice, Germans as cats, Poles as pigs and Americans as dogs.

As a middle school social studies teacher, Carano said he found Spiegelman’s animal metaphors particularly useful. A 12-year-old student may not grasp “The Origins of Totalitarianism” by Hannah Arendt, but anyone who has seen Tom chase Jerry knows the cartoon dynamics of cats versus mice.

“Younger kids may struggle with symbolism, but many of them have grown up watching cartoons and know the dynamics with certain animals,” said Carano said. “They can relate to that.”

Students find Spiegelman’s artwork particularly accessible, he said. “He does an incredible job with lighting and symbolism.”

Similarly, literary critic Hillel Halkin said “Maus” depicts a distorted image of Nazi crimes being committed by one species against another rather that grim reality of human beings brutalizing their fellow human beings.

Carano said such divergent viewpoints also offer a teachable moment. Students should never accept the perspective of one author — or one person in general — without question.

“One of the things I like to do with graphic novels is to get students thinking about sources,” he said. “It’s a great way to bring in critical media skills. They defend their reasons and reflect on their own biases.”

Stories in comic books and graphic novels, like all literature, don’t exist in a vacuum. They exist in a context. Carano said even old television shows like “I Dream of Jeannie” and “The Brady Bunch” can prove instructive.

“What was the mindset during that time period?” he said.

As a social studies teacher in public schools, he asked his students to take on roles from the X-Men, a group of costumed heroes often hated and persecuted for being born with superpowers.

When the X-Men were created by Stan Lee and Jack Kirby in 1963, the characters’ mutations were used simply to explain their powers and establish the premise of them being students in a school for gifted youngsters.

In the mid-1970s, writer Chris Claremount accentuated the nature of the characters as members of a marginalized group and often made the comic books allegories on bigotry and oppression.

Looking at such issues through the prism of a comic book gives students a visual shorthand, Carano said.

“It’s so much easier for kids to comprehend it when they can see it,” he said.

Superman spends a lot of his time these days facing various super-powered threats, but he has been returning to his social justice roots of late. A graphic novel published this year, “Superman Smashes the Klan,” pits the Man of Steel against racists while he also examines his origins as an immigrant.

The idea for the project dates back to the 1940s when folklorist and human rights activist William Stetson Kennedy infiltrated the Ku Klux Klan and learned many of its secrets.

He decided to divulge those secrets and humiliate the Klan through “The Clan of he Fiery Cross,” a series of 1946 episodes of “The Adventures of Superman,” a popular radio program. Kennedy’s plan proved a remarkably effective tool against the Klan.

Characters like Lois Lane are wonderful to see in a genre dominated by images of hyper-masculine men, Carano said. Unlike Wonder Woman and Captain Marvel, Lois fights for justice without superpowers. Girls need such images, Carano said.

While Carano applauds comic book series, he said they can be problematic for teachers.

“Often times, you can’t bring in the whole graphic novel,” he said. “You can’t get a class set of 30 to 35 copies. I usually teach them from a different angle.”

Carano said he particularly likes the work of Portland writer and artist Joe Sacco, who takes a journalistic approach to works such as  “Paying the Land,” a graphic novel published this year about the lives of Canada’s indigenous people.

Sacco’s 2009 “Footnotes in Gaza” describes Sacco’s quest to get to the bottom of what happened in Khan Yunis and in Rafah in the Gaza Strip in November 1956. According to United Nations figures quoted in the book, Israeli forces killed 275 Palestinians in Khan Yunis on Nov. 3  and 111 in Rafah on Nov. 2.

“What I love about his graphic novels is that he puts himself in there as an investigate reporter,” Carano said about Sacco.

He also appreciates how Sacco highlights events that may not get a lot of press attention.

“It fascinates me what gets into the media,” he said.

Carano also recommends “The United States Constitution: A Graphic Adaptation.” The 2008 work uses illustrations to explain the Constitution, article by article, amendment by amendment, to help students comprehend the meaning, background and enduring relevance of the law.

Although Carano grew up with comics, he set them aside as an adult until he discovered their power as educational tools.

“Now my office is overflowing with graphics novels,” he said. “Graphic novels have been making a comeback. When I used to teach high school, there were just a handful of graphic novels. They’re still on the fringe, but the publishers are making more and more graphic novels.”

And like Superman in his formative years, they are often champions of the oppressed — giving a voice to the voiceless.

Autonomous robot will work on the sea floor