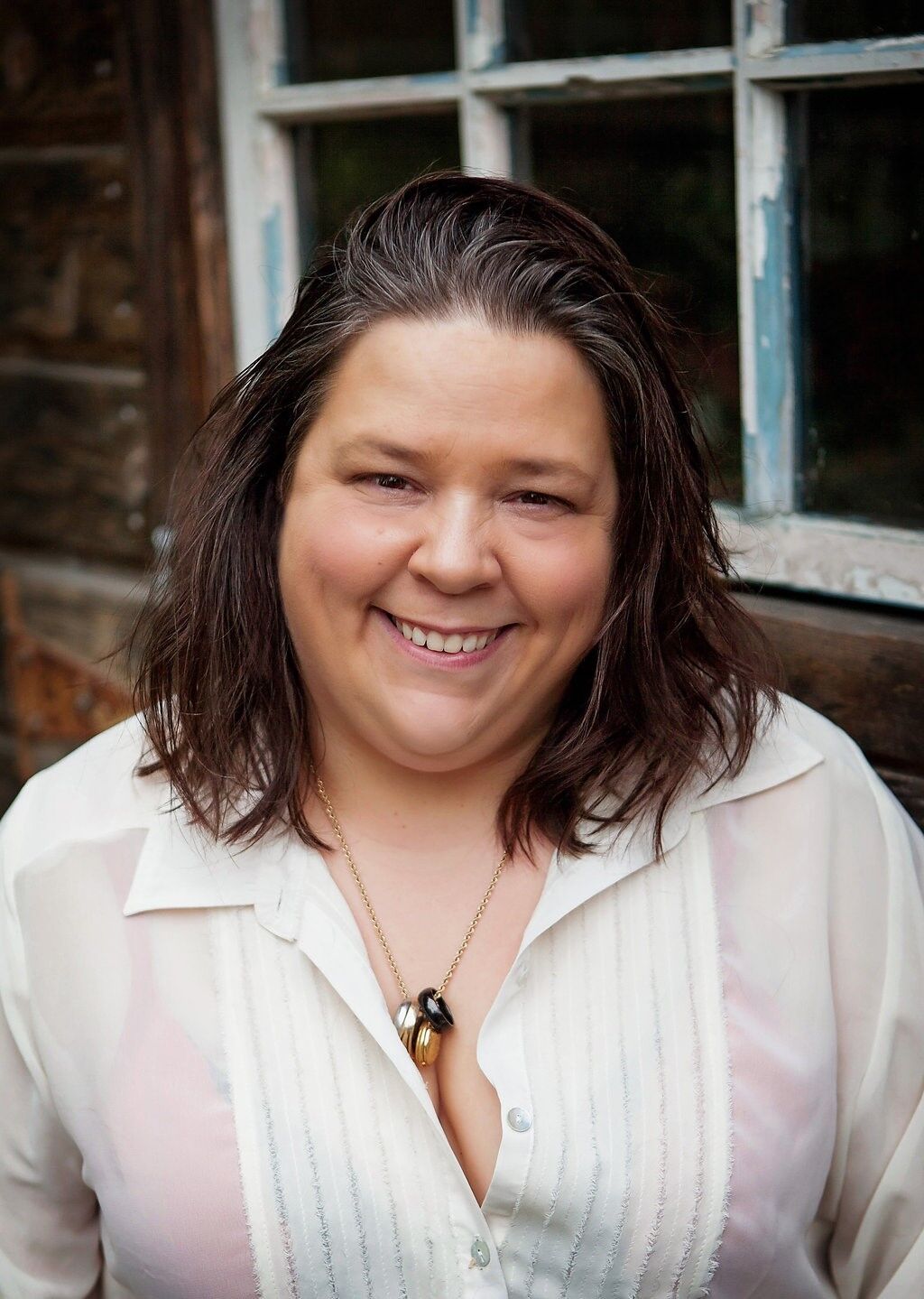 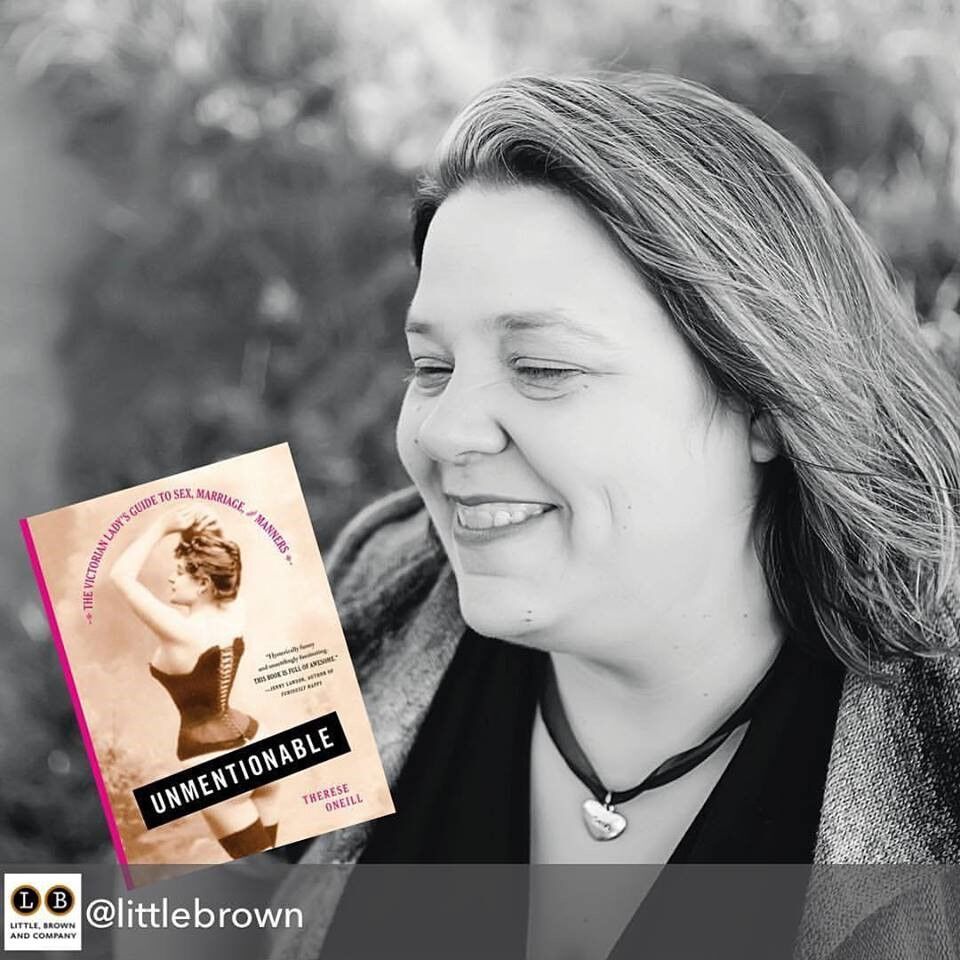 Monmouth author Therese Oneill exposes some delicate details of Victorian life in what she says is a humorous, but not profane, way in her 2016 best-selling book. 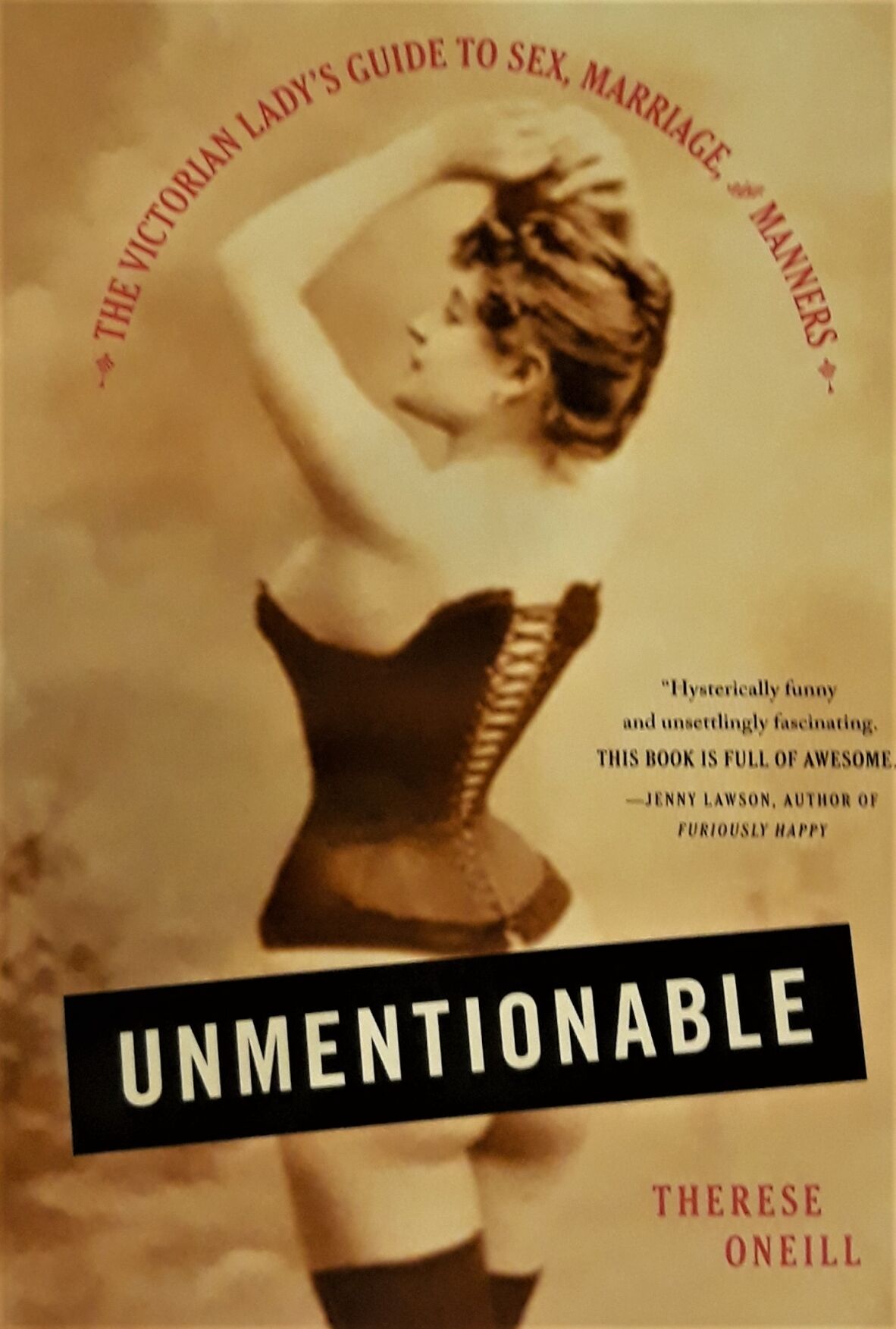 Monmouth author Therese Oneill exposes some delicate details of Victorian life in what she says is a humorous, but not profane, way in her 2016 best-selling book.

MONMOUTH — Ladies, if you wish to attract a husband, cease all pretense of intelligence. Men have no use for brains.

Heed the 179-year-old wisdom of “The Young Lady’s Own Book: A Manual of Intellectual Improvement and Moral Development.” And the best way to improve your intellect, my dear? Quit acting so confounded smart all the time!

“That men are frightened at female pedantry [that means knowing stuff, guys] is very certain,” the manual instructs. “A woman who affects to dispute, to decide, to dictate on every subject; who watches or makes opportunities of throwing out scraps of literature or shreds of philosophy ... such a woman is truly insufferable.”

Therese Oneill of Monmouth would probably respond by twirling her handkerchief in both hands. That was the code of the Victorian lady to express “I am indifferent to you.” It might also suggest a new place for a would-be instructor in female conduct to shelve his manual.

“Oneill’s irreverent guide is a reality check for those who might romanticize the era of strict self-discipline and unchallenged parental authority,” read a review in the Washington Post.

The feminist historian and humorist also provides her take on the world past and present in articles for Mental Floss, The Week, The Atlantic, Jezebel and other publications.

Oneill said she begins writing about the 19th century, and everything else, with musings.

“How did Scarlett O’Hara fit that bell crinoline into an outhouse?” she pondered. “Also, has anyone noticed ‘Gone With the Wind’ is not a romance, but the story of a sociopath surviving the apocalypse?”

Then she puts her thoughts into words.

“I’m a writer because I’m one of those people who has to write,” Oneill said. “That’s how I get attention, and I need attention, like my friends who like to run marathons need endorphins and those super-expensive sports bras. I’m a successful writer because I got lucky.”

She started by keeping piles of journals while pursuing her English degree at Western Oregon University.

“Then I graduated, and no one wanted to grade my work anymore, and I felt very sad,” she said. “Most folks in their 20s aren’t at their writing peak and have no idea how to get real-published. I couldn’t afford grad school, but I did have a nice baby. Then two. I did little scraps of writing jobs wherever I could find them and kept an anonymous blog.”

She wrote online articles for $7 per 500 words. Steady work for the Salem Monthly followed.

Her big break came when Chris Higgins, the author of “The Blogger Abides” married one of her oldest friends.

“He took pity on me and did the kindest thing an established writer can do for a newbie,” she said. “He put his own rep on the line to introduce me to editors he knew.”

Oneill soon had a byline in The Atlantic. “Me and Mark Twain have now written for the same publication,” she said. “Where is my parade?”

A small press editor approached her and asked if she had a book in mind.

“This is the rock-star dream of my whole life,” Oneill said. “The idea was what would become ‘Unmentionable.’”

However, the book was rejected.

“It was a mostly male-staffed press, and they probably weren’t all that curious about when and why women had to start shaving their pits,” she said. “Women, it turned out, were curious.”

With the help of a literary agent, she eventually sold the book and its follow-up. The books deal with racy material with irreverent humor, but in a way Oneill hopes never causes 21st-century women fetch the smelling salts or clutch their pearls.

“None of my books are vulgar or designed to make anyone uncomfortable,” she said. “I know there’s a naked lady on the cover but I didn’t design that (although no regrets, it’s gorgeous). I write every book with the intention that both my daughter at 12 and my extremely religious German farm-wife grandmother at 85 could read it.

“The facts themselves are pure and clean,” she added. “It’s a tricky bit of work, but I do manage it. I’ve been accused of being vulgar by people in our own community, people who’ve never read my work, and it made me quite sad. Cheeky? Yes. But I don’t like vulgarity and don’t use it in my work.”

Oneill has lived in Monmouth for 20 years and admitted there might be something to that 1841 manual’s admonition against pedantic women.

A local organization ousted her for being “too annoying,” she said. “They weren’t wrong about the annoying part, credit where it’s due,” she added. “Still stings, though. I think I’m delightful.”

Even success hasn’t improved her standing in the community, Oneill said.

Oneill has more pedantic musings to share. A new book is in the works. “All I can say about it is that weird forgotten history is my bag, and I like it,” she said. ‘I’m done with the Victorian era for now, but I am fascinated by how little things cause ripples of change.”

Biden: Science team 'among the brightest, most dedicated'