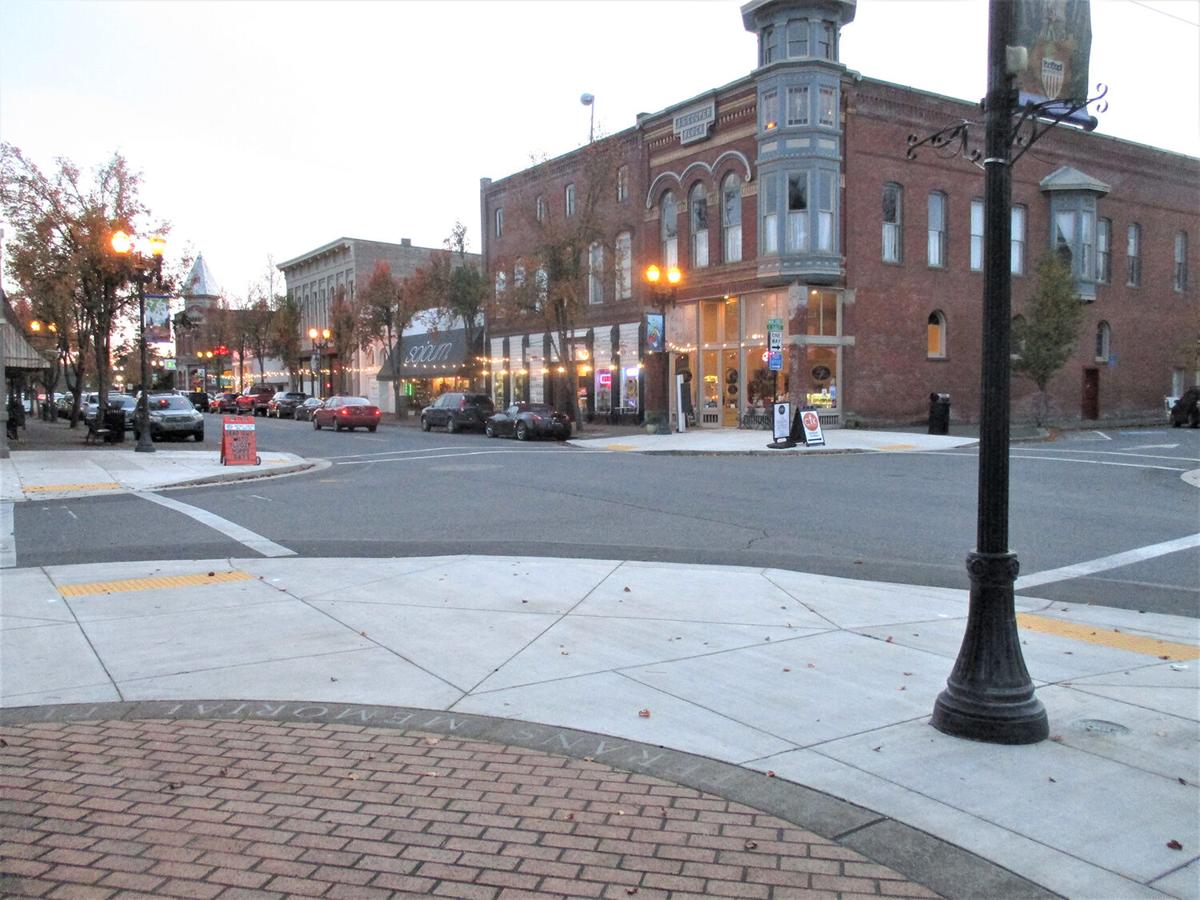 Some drivers are concerned they cannot see around the corner when cars are parked nearby the intersection at C and Main Streets in Independence. 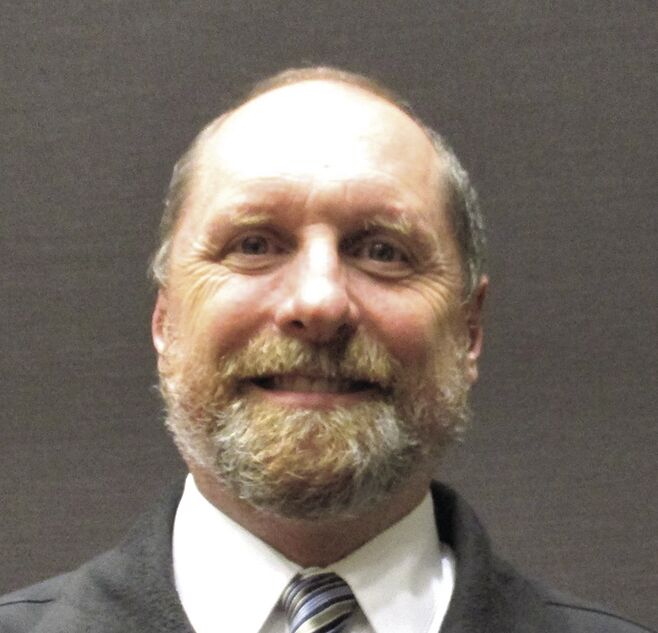 Some drivers are concerned they cannot see around the corner when cars are parked nearby the intersection at C and Main Streets in Independence.

INDEPENDENCE — A recent report on the unavailability of yellow paint is causing red flags to fly.

When Independence Police Chief Robert Mason, who’s scheduled to become the interim city manager in a few days, was asked at a recent city council meeting why there aren’t more yellow no-parking zones, he had the answer — in dollars and cents. Funds for it don’t seem to be in the budget, he explained. Soon it became evident that some residents had tuned in to the live-streamed meeting, viewed that comment, and considered his statement nothing short of eye-opening.

“I’d love to go out there and do their job for them,” said Julie Baker, apparently frustrated that a solution involving the application of paint has been put off.

However, if she took matters into her own hands near her house with a can of semi-gloss yellow and a paintbrush, “I’d get slapped with a graffiti or destruction of property charge,” she said.

A follow-up inquiry to the chief was answered with the same candor he exhibited at the city council meeting.

“I was told they don’t have a budget to paint all curbs that I would like to have painted,” Mason said.

However, even if the city did have the buckets of money for the buckets of paint, the Independence Police Department doesn’t do any of the painting, he pointed out.

“Curb painting is done by contractors as directed by the public works department,” he explained.

Is this how the need for such color-coding on curbs slipped through the proverbial cracks? For nearly a year, the city’s public works department has been functioning without a director.

City Manager Tom Pessemier took on that additional role when it was vacated last winter. When Pessemier announced his imminent departure less than a month ago, the new public works director, Gerald Fisher, had been on the job only a few weeks.

Fisher didn’t know at that time about the need for more mustard-colored curbs.

“I’ve been recently made aware of concerns around parking, signage and curb painting requests and will review each of them as they are received,” Fisher said.

Curb painting has to be conducted during the dry weather season, so any outdoor painting projects — from street striping to street edging — won’t be undertaken until at least spring, he said.

“There will be time for me to review our past practices for pavement striping and curb painting,” Fisher noted, adding that this will allow consideration of what changes, if any, are needed based on funding availability, standards related to the application and use of roadway signage and striping, as well as determining the “engineering priority for safety reasons.”

The sooner the better, according to some residents. From streets downtown to those in the city’s subdivisions, where and how yellow curbs are placed has been a source of confusion for some residents.

At Northgate and Hyacinth, for example, a corner has long been identified by neighbors as in sore need of the yellow paint to stop cars from parking there and obscuring the ability to see around the curve. And the intersection of C and Main streets by Riverview Park has been called an accident waiting to happen — the absence of yellow paint allegedly means too many cars parked by that corner make it hard to see oncoming traffic on Main Street when making a turn.

Mason seemed sympathetic to the criticisms.

“I, when representing the traffic safety commission, have requested that yellow curbs be painted in areas where parking is a concern and enforcement is requested,” he said. “I feel it is much fairer to enforce parking restrictions when a yellow curb indicates parking is not allowed rather than measuring and enforcing from the written code.”

After all, many people are “unaware of parking restrictions without visible indications like signs or yellow paint,” he observed.

When easy-to-understand curb color is missing, parking problems can follow, agitating residents — as in the case of the Hyacinth-Northgate curve, in the Northgate neighborhood off of Gun Club Road. When cars park along the curve, they interfere with the line of sight by drivers navigating that part of the street, according to two of the people who live nearby.

The issue, which also arose at the city’s recent traffic safety commission meeting — along with the perceived need for more street markings — was the subject of a liaison report by City Councilor Dawn Hedrick-Roden, who serves as council’s representative to that commission.

“We are going to research getting those paints back on curbs,” Hedrick-Roden told fellow city councilors. “I think it was a great meeting.”

Painting curbs yellow to show where parking isn’t allowed turns out to be far more complicated than simply spraying on the durable color. Nearly 75 years ago, “The Police Journal,” an international magazine for law enforcement that’s still being published today, weighed in with commentary on streets that included the obvious fact that many of them in towns and cities aren’t very well planned, due to being old pathways now paved, as “survivors of food and cart tracks.”

For anyone who doubts that this form of street preservation has occurred in Independence, the metal girds around curbs in some downtown locations, including the corner by the library, provide proof. The hard bands are remnants of a bygone era when they were installed to protect against the damage of carriage wheels.

That isn’t the only historic legacy: the section of downtown where some current drivers worry about nosing out into traffic on Main Street is owned and operated by the state not the city, as part of Highway 51. Nor is everyone more anxious to see more yellow on the corners there.

“I’ve been here for years with quite a view on that corner,” said Bonnie Andrews, owner of Melting Pot Candy, with a storefront window that faces the part of Main Street that has been a topic of some concern.

“And I can tell you that I have never seen anything happen. Nothing,” she said.

Her worry is that more yellow areas “will mean we will lose more parking, and we actually probably need more of it.”

That’s a concern also expressed by Pete Ferren, who lives in one of the apartments at Independence Landing. Recently, Ferren addressed the city council, advising them that, although Osprey Lane seems too narrow for parking on both sides of the street when there is two-way traffic, it’s nonetheless necessary. Many of his neighbors have two cars, he noted.

The way to address the problem may not lie only in decisions on where to put yellow paint. Study after study has shown that parking challenges can be solved, at least partly, by charging parking fees. However, the complications won’t end there, according to one of the most highly published experts on the matter, Donald Shoup, a distinguished professor of urban planning at the University of California, Los Angeles (UCLA).

Mixing free parking with paid parking can lead to a phenomenon known as cruising, in which motorists creep along streets looking for the no-cost alternative, often circling back to continue the quest — a situation that can mean a special type of traffic clog.

“The obvious waste of time and fuel is even more appalling when we consider the low speed and fuel efficiency of cruising cars,” Shoup wrote recently in Access Magazine, which covers research by the University of California Transportation Center.

He and his graduate students at UCLA have found that traffic congestion isn’t always caused by the volume of drivers on their way to a destination but, rather, by those who have arrived at the place they intended to go — and are on a slow hunt to find a parking place.

Bash on abortion case: This is why so many conservatives stick by Trump