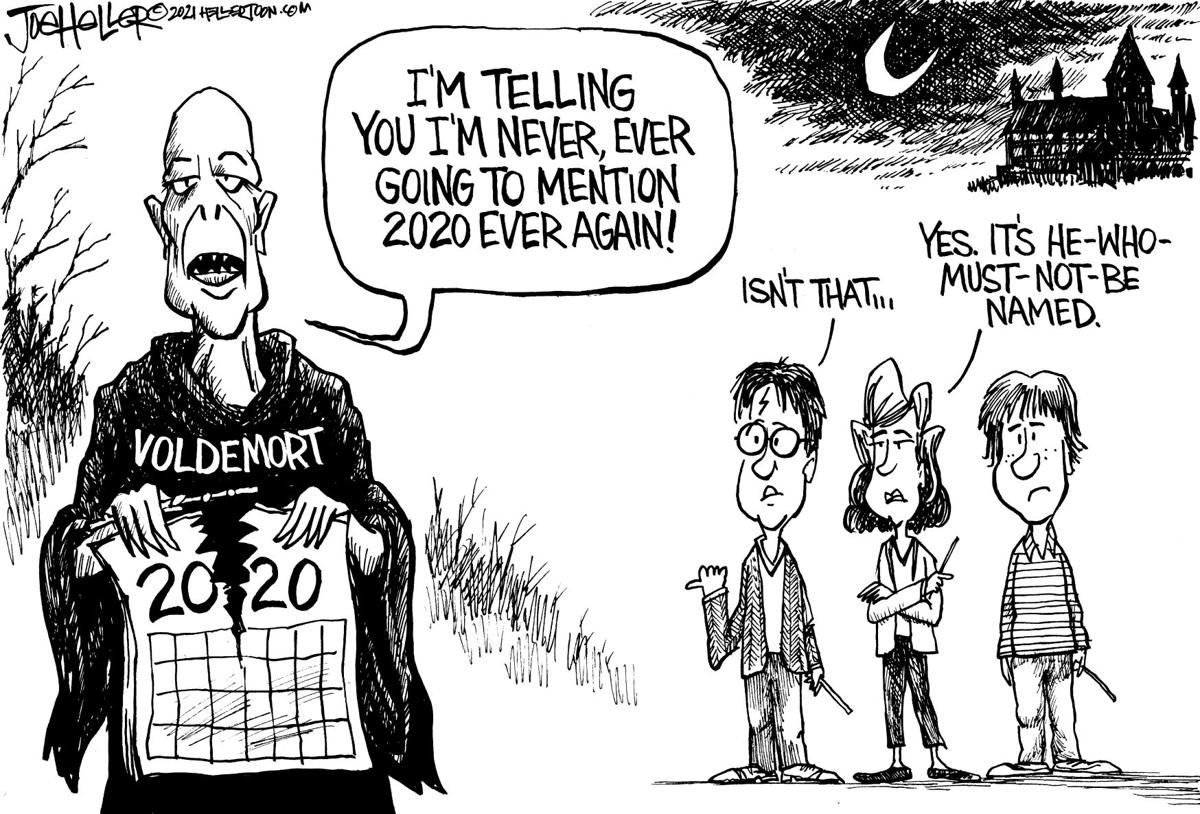 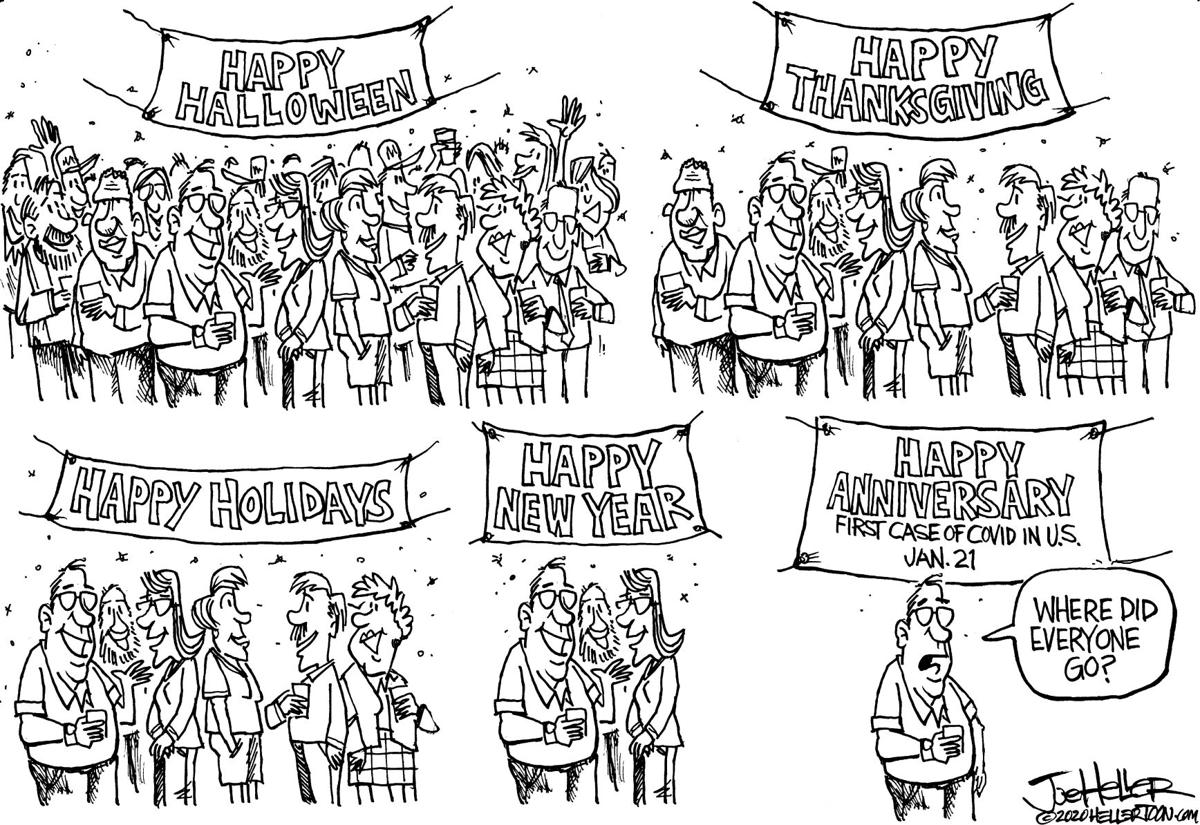 Wilson will be missed

With Bob Wilson’s passing on Dec. 26, only three days before his 89th birthday, many of us are reminded of the days when downtown Dallas was alive with wonderful retail stores.

Probably the oldest and “grandest” in many respects was J. C. Penney. And that business was run for a number of years by Bob Wilson. Everyone knew Bob. And Bob knew everyone.

He wasn’t the manager who had to close the business. His successor got that dubious task. He was one of the business leaders that supported the community in every way possible.

My first meeting of Bob was at Dallas Rotary’s Breakfast in the Park in 1978. He was flipping pancakes like a pro and enjoying the morning greeting people.

Bob was an important part of the community for a long time. His death is mourned by many.

Perhaps that poor soul who blew himself up in Nashville was on to something. Some reports said he believed many of our public figures were, in fact alien lizards. A group of lizards is called a lounge. Such a concept could help explain some of the goings on in our political process.

For example a lounge of Republicans in the Federal Legislature have pledged to vote against certifying the outcome of the election because of, I say this sincerely, “Allegations of voter fraud.” No examples, no proof, no corroborating information from any of the 50-plus Secretary of the States or Federal intelligence agencies. Nada, zero, nyet.

So, who make these allegations? Along with the President of many fantasies the same wooden-headed people who are now raising such a fuss. I think it goes like this. I imagined there were irregularities; therefore there must have been irregularities, so lets form a commission to investigate. Meanwhile, our lounge is voting lizard which is no.

Dallas neighborhood in for surprise

You will likely be in for a big surprise in a few years when vehicle traffic traveling into and out of the Wyatt Node residential and commercial development area located north of West Ellendale begins to intrude on your relative peace and quiet.

The Dallas Transportation System Plan contains language and maps identifying your neighborhood streets as “collectors” for the purpose of routing traffic from the Wyatt development through your neighborhood.

An east-west “collector” road located at the north end of the Wyatt development is included in the traffic plan for that location.  This road extends east from the development to its intersection with Douglas Street and Denton Avenue.  Vehicles traveling into and out of the Wyatt development area would then be able to access all the neighborhood streets east of Douglas Street. Denton Avenue will be especially hard hit. Expect traffic flow of up to possibly  600 vehicles per hour traveling into and out of Wyatt subdivision during peak commuting hours.

Residents living in the populated areas north of West Ellendale and east of Douglas Street will be the recipients of a looming disaster.

Hundreds of vehicles from the Wyatt development will be using your streets on a daily basis to access the north Dallas intersection and its associated commercial businesses,  Route 223 north to Highway 22, the Dallas-Rickreal Highway and Main Street south through Dallas.

Residents along Reed Lane and Orchard Drive can expect additional traffic along their streets by vehicles accessing Perrydale Road.

Communicate your concerns to city councilors, the mayor and the city managers office via email or phone. Also reference the Dallas TSP on the Dallas internet site.

Use lights for safety

Yes, for heaven’s sake turn on your lights when driving. You may have NO IDEA how much of a difference it makes and how many lives it might save.

For example, on the Monmouth Cutoff / Clow Corner Road, which is notorious for accidents. I turn right on 99W to Monmouth (God forbid I should actually have to cross 99W and turn left toward Rickreall). The problem here as I see it is a combination of:

1. Cars streaming in both lanes on 99W some without lights on,

2. A line of cars and trucks waiting on the left to cross 99W, or to turn left toward Rickreall.

3. The fact that the landscape is flat and cars and trucks, painted now in all the summer and fall colors (especially those of gray).

4. Looking left, I cannot see the southbound traffic lane because vision is blocked by cars and trucks to my left waiting for an opportunity to cross and turn left — so I nudge out further to try and see the line of traffic going south and look for a space to allow me to enter and proceed. With traffic moving at about 60 mph (nobody seems able to manage 55 there) I see a gap in the stream of headlights and try to aim for it. If that “gap” is filled with a jerk in a gray car with no lights on — avoiding an accident is a miracle. Please advocate for headlights at all times.