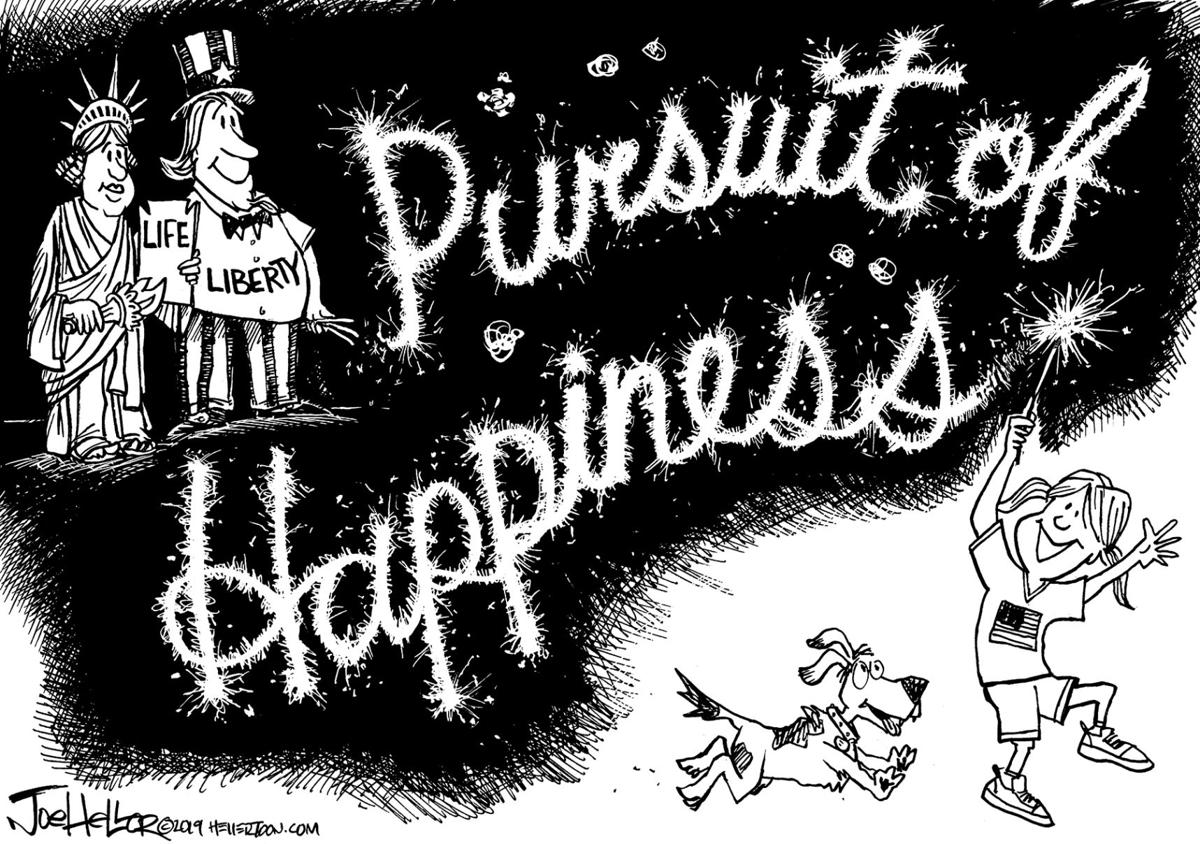 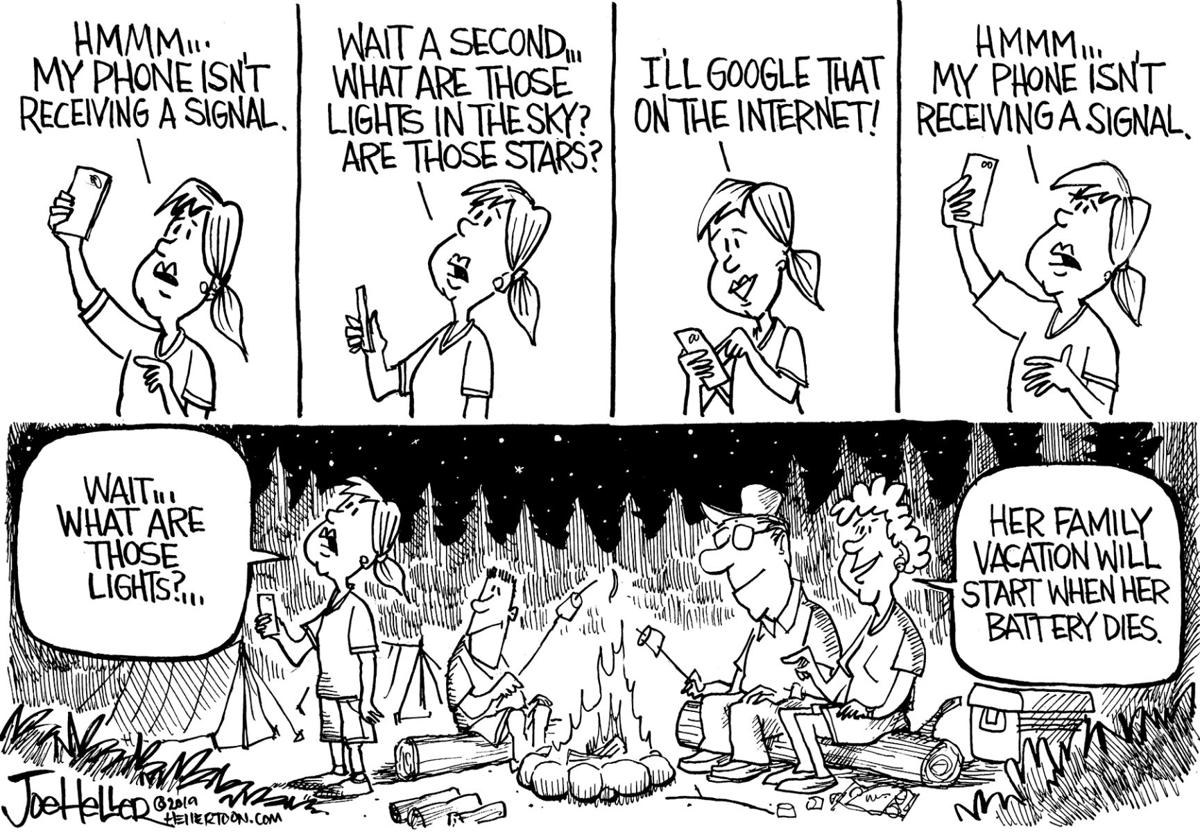 No one wants to take your guns

Driving around the county, I see the signs from “Pushback Oregon” are still up, claiming “Legislators want to take your guns.”

The statement is false. There is no indication or even a suggestion that legislators want to take your guns. There has been no legislation introduced that would do that. I am quite certain that mine are in no danger of being taken by Oregon Legislators. Unless you are a convicted felon or domestic abuser, yours aren’t either.

Threats of violence not OK

I am appalled that my State Senator, Brian Boquist has threatened violence if state police are sent to compel him to return to the Capitol to do the job he was elected to do.

It’s OK for him to vote against legislation, and it’s even OK for him and his fellow Senators to protest by walking out (though I don’t think they should be paid if they don’t show up for work).

It is not OK to threaten violence if the governor uses the power vested in her by the State Constitution to compel his presence. There is no place for this in our political discourse, and he is completely out of line. He should resign or be expelled from the legislature.

Boquist should be disqualified

Sen. Brian Boquist’s threat to kill state troopers if they attempt to compel him to do his job is unconscionable and should disqualify him from public office. Whatever his convictions about a piece of legislation, no one has the right to threaten law-enforcement officers in the line of duty.

State troopers put their lives on the line every day to protect our communities, and their service is especially important in areas like Sen. Boquist’s sprawling rural district. Sadly, law enforcement officers are all-too-often harmed or killed by individuals who believe, as the senator’s words imply, that the law doesn’t apply to them.

Sen. Boquist owes the state police and his constituents an apology for his reckless and violent words. And it would be fitting for the senator to donate his salary for the days he walked out earlier this legislative session to support the families of fallen Oregon law enforcement officers.

For the past 13 years, Whitworth Elementary has been taking fourth-grade students to Astoria on an overnight field trip. During this trip, the students are given the opportunity to visit Fort Clatsop, the Columbia River Maritime Museum, fly gliders off the Astoria Column, explore Battery Russell at Fort Stevens and the wreck of the Peter Iredale. Many of our students also get the opportunity to have their first experience of having a campfire and s’mores at the KOA in Warrenton and seeing sea lions on the docks in Astoria.

On each of our visits we often get many compliments regarding our students and parents. Below is a small part of a letter we recently received.

“Please compliment your teachers, chaperons, and students on how much we enjoyed and appreciated them. Parents have obviously done a good job with these students. The community should be proud.” -Kathy Johnson, Columbia River Maritime Museum

Thank you again for your continuing support.

We attended the gathering at the State Capitol on Sunday morning. It was made up of good Oregon citizens taking a stand against Cap and Trade, which only allows large multinational corporations to purchase rights to continue to pollute and is costly to all residents of this great state.

All in attendance were well-behaved, congenial and respectful to each other.

State troopers were there in abundance; though not needed, they were treated with respect and often complimented for their service. No one shouted at them, no one threw rocks or slime at them in contrast to the liberal, progressive demonstrators so often seen in Portland.

Some of us were allowed into the rotunda where we sang the Star Spangled Banner and God Bless America, and experienced the fellowship of the group.

All were urging the governor to let the good citizens of Oregon to vote on this issue, not just the politicians. A thought not without merit.

How can we make our streets safer

I am not sure how to get this problem addressed, but given that in the last month and a half, I personally have encountered this problem three times, I feel it is only a matter of time before a serious accident occurs or a loss of life. I am talking about merging from Highway 51 onto Highway 22. It is natural when you begin to merge to look back at the traffic in the lane you are merging onto. For whatever reason people often do not switch to the far lane and the people merging must adjust their speed to time their entrance onto 22. All of that is well and good until someone just slightly ahead of you comes to almost a complete stop to turn into the Chevron Station as you are looking back and accelerating. So when you look ahead one second later you have to slam on your brakes which makes anyone behind you slam on their brakes whether on Highway 22 or also trying to merge. This is a real issue and I know I am not the only one to have this happen to. Can’t they change the entrance to the gas station or adjust the merge lane so that this will not happen? Just curious.

Look at people as people

Our chamber hosts a monthly business education luncheon. This month brought the owner of Salem company, Bob Dalton of Sackcloth & Ashes, who talked about using Instagram for business growth. He made some excellent points about the value of Instagram as well as some great tips on using it to its fullest potential.

However, what he closed with was potentially the most impactful thing he said. I asked him to give us some parting words of wisdom. What he shared with us had little to do with social media. He said the greatest piece of advice he could give is to begin viewing people as people. We must consider their identity, not their role in the community or the struggles they have or even their best qualities, we must consider them as a fellow person.

It may seem like semantics to say, a person who is homeless vs. homeless person. Or, owner of “business X” vs. Lisa. Or drug addict vs. person with a drug addiction. Or, Republican vs. Joe. But in reality, when we can think of people for who they are, we place a value on them. A positive value. When people have value in others’ eyes, aren’t they more likely to respond well when disagreed with? In my experience, they are.

It may sound like I’m trying to portray a “Pollyanna” sort of reality where everyone thinks positive and the world is better. That’s not realism. But we can be real and kind. Next time you’re tempted to sling mud at a person because they differ from you, think of them as a person like you are a person. No better, no worse. Maybe, just maybe, we can take Bob’s second final word of wisdom and “start to focus on promoting solutions rather than just opposing problems.”

Boquist should resign over threats

This week, the senator for Oregon Senate District 12, which includes Dallas and most of Polk County, threatened violence against the Oregon State Police and Sen. Peter Courtney. This is what he said in response to the possibility that Gov. Kate Brown may send the state police to return the senator to the Capitol: The Oregon State Police should “Send bachelors and come heavily armed,” suggesting that he would shoot and potentially kill any state trooper sent to haul him unwillingly back to the Capitol.

His threat to Senate President Courtney: “If you send the state police to get me, hell is coming to visit you personally.”

This is behavior which is unbecoming an Oregon State senator. I urge the Oregon Senate to censure and expel Sen. Brian Boquist. This is particularly urgent due to his credible threats of violence.

For years now we’ve been reading Fred Browns rants; it seems he has a letter about something or someone almost weekly. Very seldom is it positive; usually he is on the attack, writing disparaging comments about local community members, businesses, elected officials, Christianity, conservatives, Republicans, capitalism, our republic, the Constitution, and often his favorite topic, bashing our president, (his president, too) Donald J. Trump. I’ve come to realize his goal is to push his own liberal ideology. If you don’t 100 percent agree with him, or, vice-versa, he will set out on a vendetta to demonize you. Facts aren’t essential in his crusade; he will say whatever he deems necessary, whether it’s truthful, accurate, or not, to push his agenda. So I ask: Fred, what exactly is it you wish to accomplish, and why are your letters always so negative? We can respectfully agree to disagree, but there can be no resolution without first a conversation. You would do well to not put labels on the people you attack, whether it’s the POTUS, or a political party. You should look at them as individuals first. Remember, regardless of their job, their affiliation, etc., they are just people, like you and I. In today’s society, we use labels too much (homeless person, instead of, a person who is homeless). It’s semantics, but it’s relevant; using labels, we lose our compassion and sense of understanding for humanity, making it easy to demonize people we disagree with. Fred, kindness reciprocates, and it’s contagious.

Pedee Women’s Club would like to thank LaVerne Bennett for her tireless work on the military quilt, Pat Clancy for her quilting, Pam Burkhalter for her management of the raffle booth, Indy Fourth Celebration Committee, Polk County Fair Board, and Focal Point Photography for their contributions. Pedee Women’s Club is a nonprofit, and 100 percent of the money we earn from the quilt raffle and donations goes to deployed military gift boxes each month. We send six to eight boxes each month, and postage alone is $18.45 per box. Thanks also to all of the community that will purchase raffle tickets and donate at our booth. It’s an honor to be a part of this amazing club.