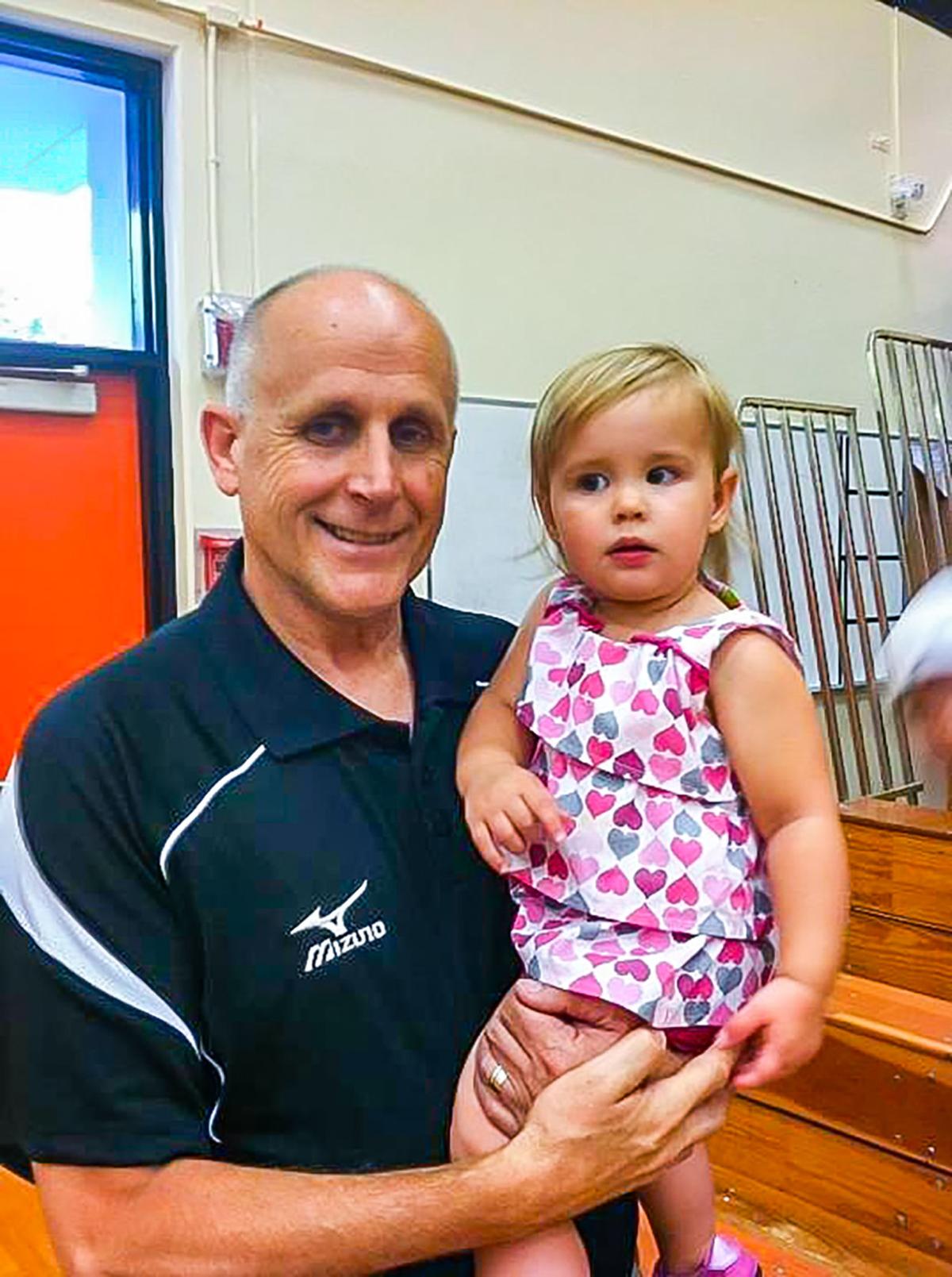 Bruce Myers smiles with his granddaughter. 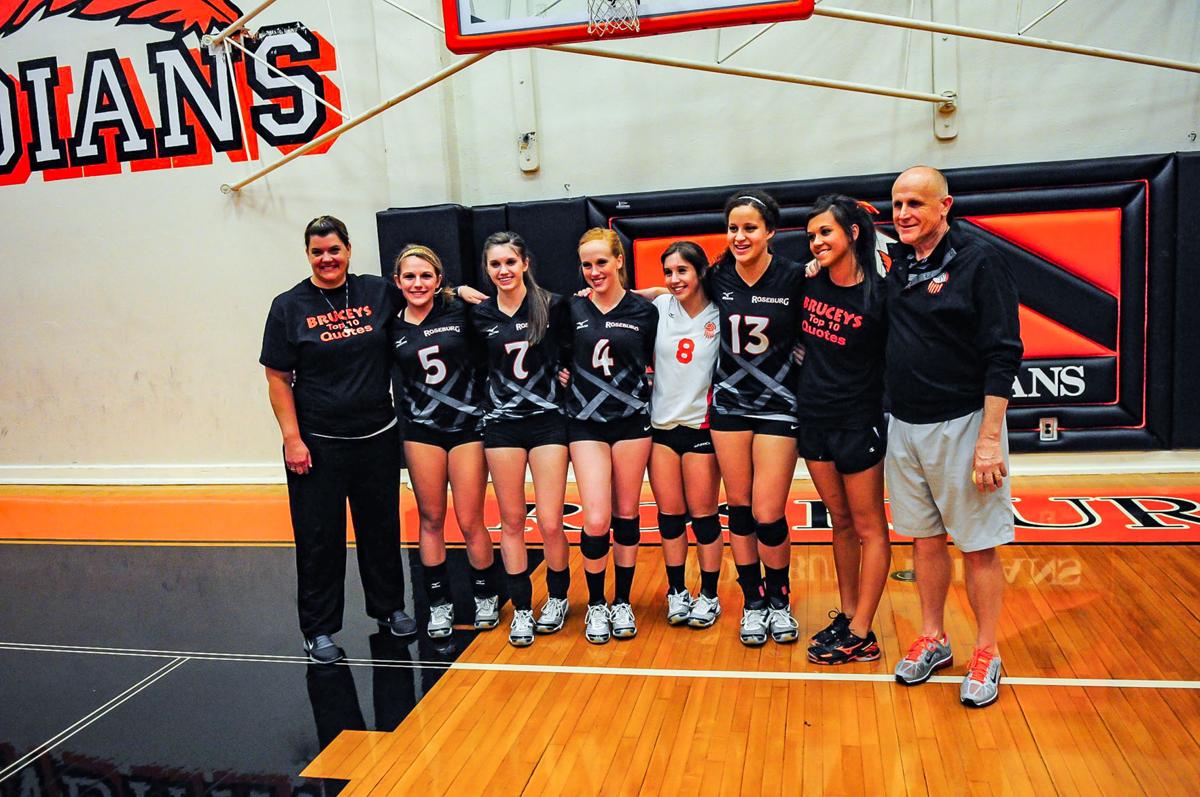 Bruce Myers, right, stands with the Roseburg Indians volleyball team, where he coached for 19 years before coming to the valley.

INDEPENDENCE — There will be a new face on the volleyball courts this year at Central High School.

As of March 19, Bruce Myers will be the new head volleyball coach for the Panthers.

A veteran of coaching sports and playing them, Myers said he was attracted to the position because of the high school’s location.

“It’s local, it’s close to where I live, and I wanted to get back to the smaller school, the smaller community,” he said.

“Your basic three sports,” he laughed.

Once he graduated, Myers played football and baseball at Grays Harbor College, in Aberdeen, Washington. From there, he served in the U.S. Army for three years.

“When I got out of the Army, I went to Southern Oregon University, well, Southern Oregon State College, as it was called back then, on the GI Bill,” he said, where he played football and studied Health and Physical Education.

After he graduated from SOU, “I taught Health and Physical Education at Douglas High School in Winston for 31 years,” Myers said.

Douglas High School was where he launched his coaching career.

“I coached football, girls basketball, baseball, golf, tennis and volleyball,” Myers said. “When they didn’t have somebody to coach, they’d ask me. They knew I was one of those guys who couldn’t say no to the kids.”

After teaching and coaching at Douglas High School, Myers moved on to Roseburg High School and coached volleyball for 19 years.

Now he lives in South Salem. He moved there to be closer to his son — who is the head boys basketball coach at West Salem — and three grandkids. When he isn’t coaching, he’s road cycling across the Willamette Valley.

“Bruce comes with a tremendous amount of experience and success,” said Ryan O’Malley, athletic director at CHS. “When I asked around the state about him, what often came back was how knowledgeable Bruce is about volleyball. He will add so much to our program from a foundation of skill set and organization to just an overall passion for the game.”

As he prepares to start up his coaching career at CHS, Myers says he’s going into it with no goals or expectations.

“I’ll have to wait and see,” he said. “We’ve had some open gyms, but we’ve never had all the volleyball players who played last year in the gym at one time, so I don’t know the talent level. Until I see them in the gym, and we can work with them and do some things with them, then I canset some expectations.”

His coaching philosophy, the root of it, will stay the same.

He said he’s looking forward to starting the season in his new position.

“I think they’re eager and want to learn volleyball, and they want to compete and play at the highest level they can,” he said. “And it seems like playing for their school is important to them, and that’s the focus, is the high school team.”

Badgers in the XFL: Check out performances by former Wisconsin players in Week 2