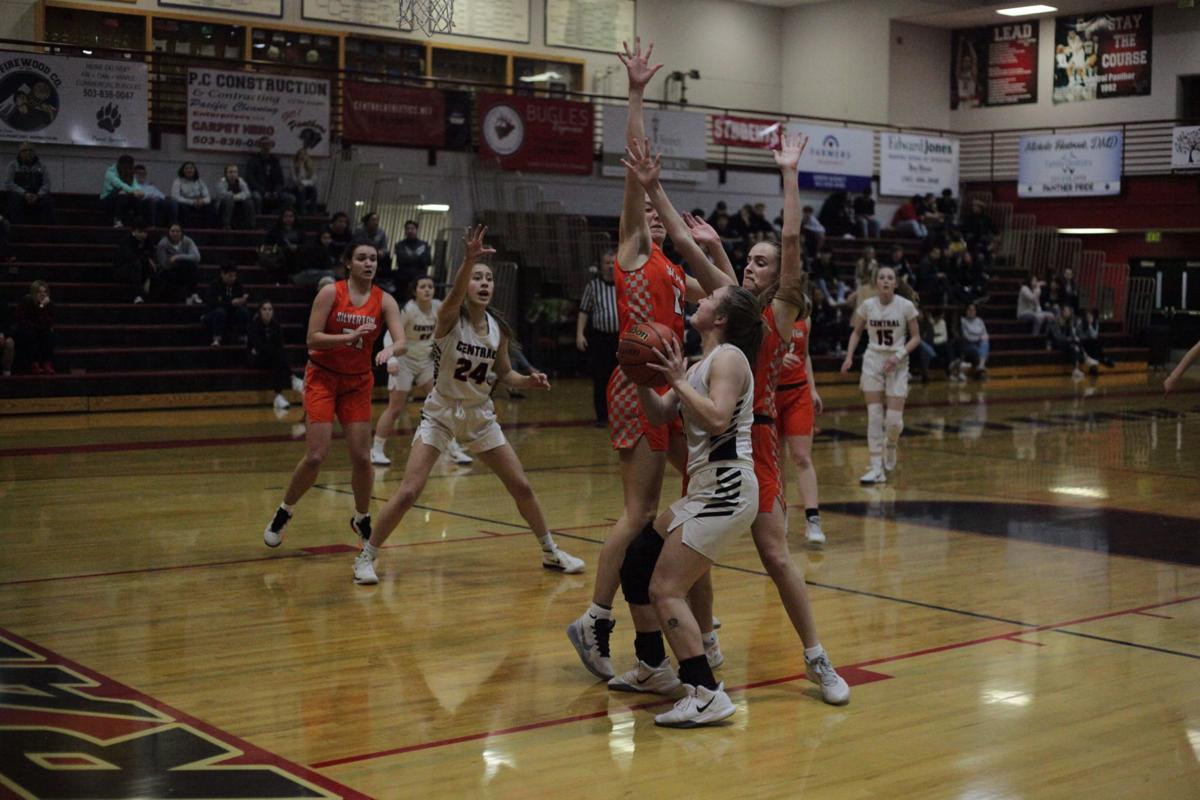 The Panthers fell 35-32 to the Silverton Foxes on Jan. 7 at home in the Mid-Willamette Conference opener. 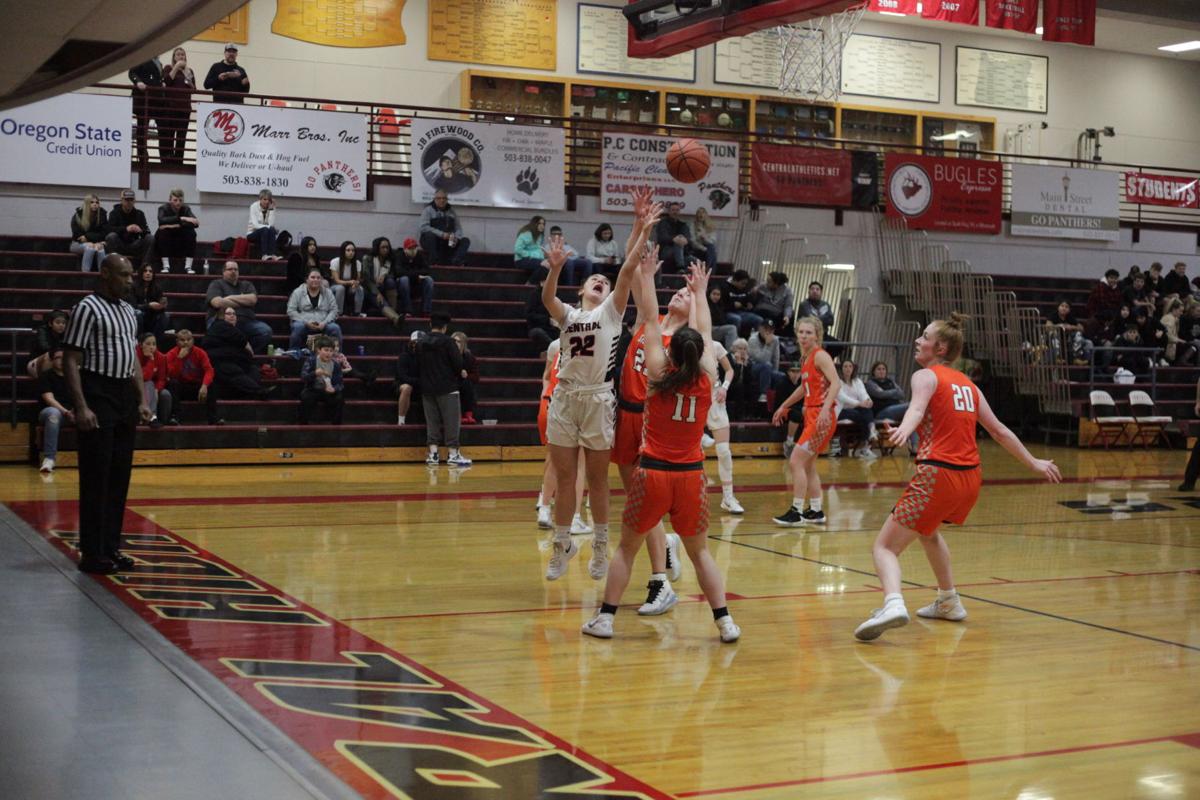 The Panthers girls basketball team battled from start to finish against Silverton on Jan. 7 in a 35-32 loss.

The Panthers fell 35-32 to the Silverton Foxes on Jan. 7 at home in the Mid-Willamette Conference opener.

The Panthers girls basketball team battled from start to finish against Silverton on Jan. 7 in a 35-32 loss.

INDEPENDENCE - The Central High School girls basketball team wanted to win so badly, and came close to that victory.

Freshman Sadie Wendring’s final hurl of the ball at the three-point line with one second to go on the clock revealed that; the ball hit the rim, circling it before falling off and bouncing to the floor in tune with the sound of the buzzer to signal the end of the game.

A game marked by energy from tipoff, the Panthers battled until the very end.

New head coach Marc Burlson said he thought the game went well. “With (Silverton) being the No. 1 team in the state, I think the girls came out and played tough and showed their competitiveness, especially since we are a young varsity team, but I thought they played really well tonight,” he said. “I was very proud of how they played.”

A minute to go in the fourth quarter had the Panthers and Foxes tied up at 32 until a penalty free throw in Silverton territory bumped them up 33-32, followed shortly by another free throw from the Foxes.

The loss stung for some of the players, who walked off the court with heads hung, but Burlson said that games like this, where the team comes back from a nine-point deficit and hangs on until the buzzer, helps to set the tone for the season.

“(Silverton) has been running their system for a long time, and this is the first year for us,” he said. “I think a lot of it is more or less having them understand that they can play at that level. Especially with new philosophies, a lot of times they’re not sure, ‘do I do this? Do I do this?’ But I think with this type of game, knowing they can play this hard and this well,  I think it’s a big boost for us. Obviously it will make the next game at their place very interesting.”

When former head coach Julie McDonald stepped down from her role last spring, and seven seniors from the roster graduated, the players knew they were in for a season of transition.

“At first, summer ball … I was like I need Julie back,” said junior Kennedy Kantola, laughing. “But as it started, we got a new offense and I feel like (Burlson) has prepared us with the knowledge that we need and it’s been fun, and I really like the coaching staff, but it was really hard at first.”

Kantola led for the night in scoring by putting in eight points with four rebounds; Wendring added seven points, and nabbed one rebound with three steals. Senior Meagan Mendazona led with 12 rebounds, and contributed six points with one rebound.

At halftime, the Panthers were trailing 18-11. But not for long. Kantola twirled a layup to knot the game at 22, followed by Wendring polishing off a three-pointer, allowing the team to take the lead for the first time all game.

This was a game that revealed the hard work the team has put in in the weeks leading up to it. It could have been anyone’s game - and for a young team that lacks varsity experience and a new head coach, well, that’s saying something.

“I think the game went really well,” said Kantola. “I think we were prepared, for the most part, but it was just disappointing in the end. It gets stressful when we aren’t as equipped with as much knowledge as Silverton, like with our plays, but I think that will come better throughout the season.”

She said that, yes, Silverton came out how she expected them too, but the Panthers brought their A-game as well.

“Throughout our preseason we had some questionable games, some were really hard and we didn’t play to our full potential, and this game shows that we can play with a really good team, and that people are going to be looking out for Central now, and I can’t wait to play our next game,” she said.

The Panthers travel to West Albany on Friday. Tipoff is set for 7 p.m.