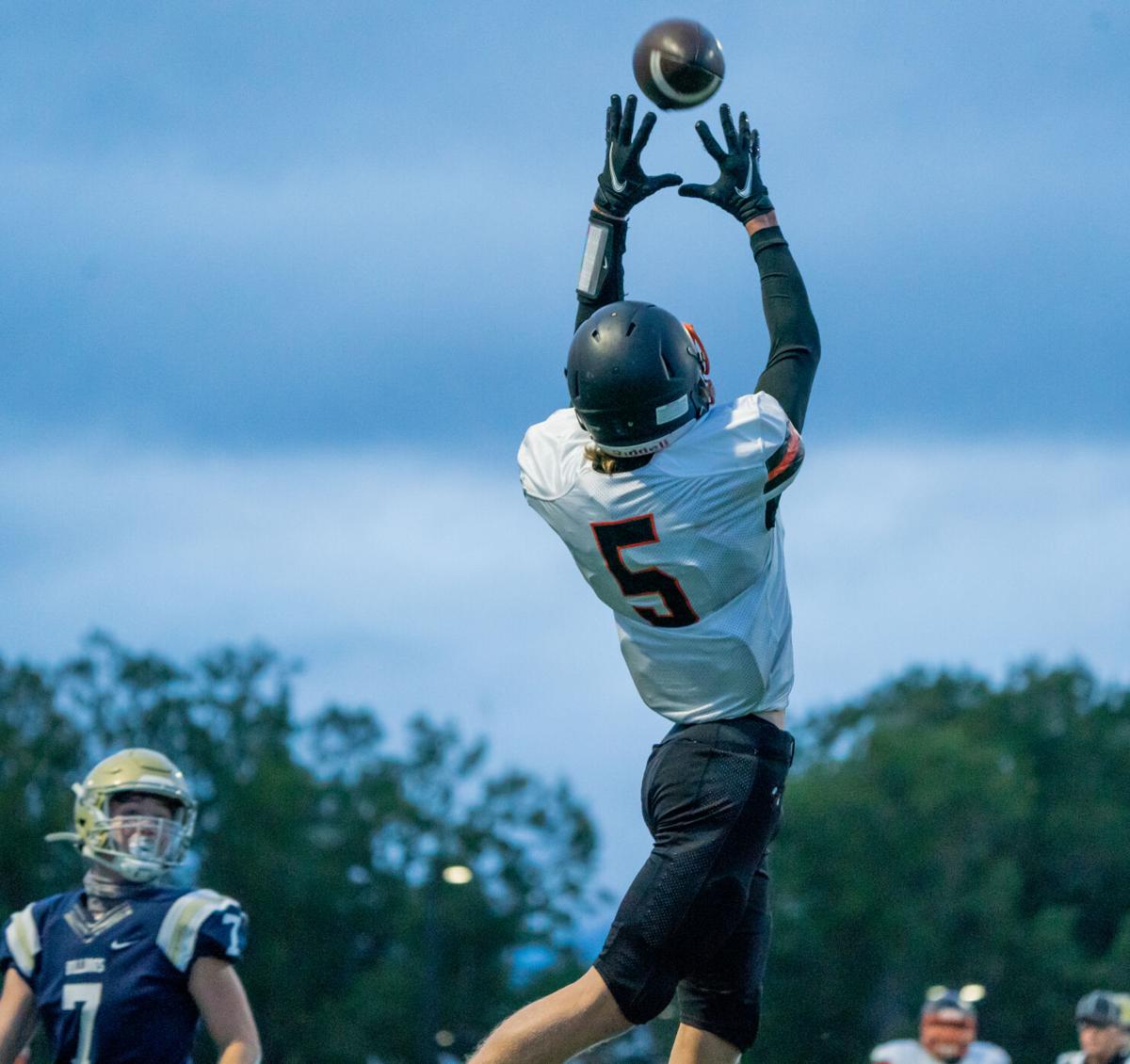 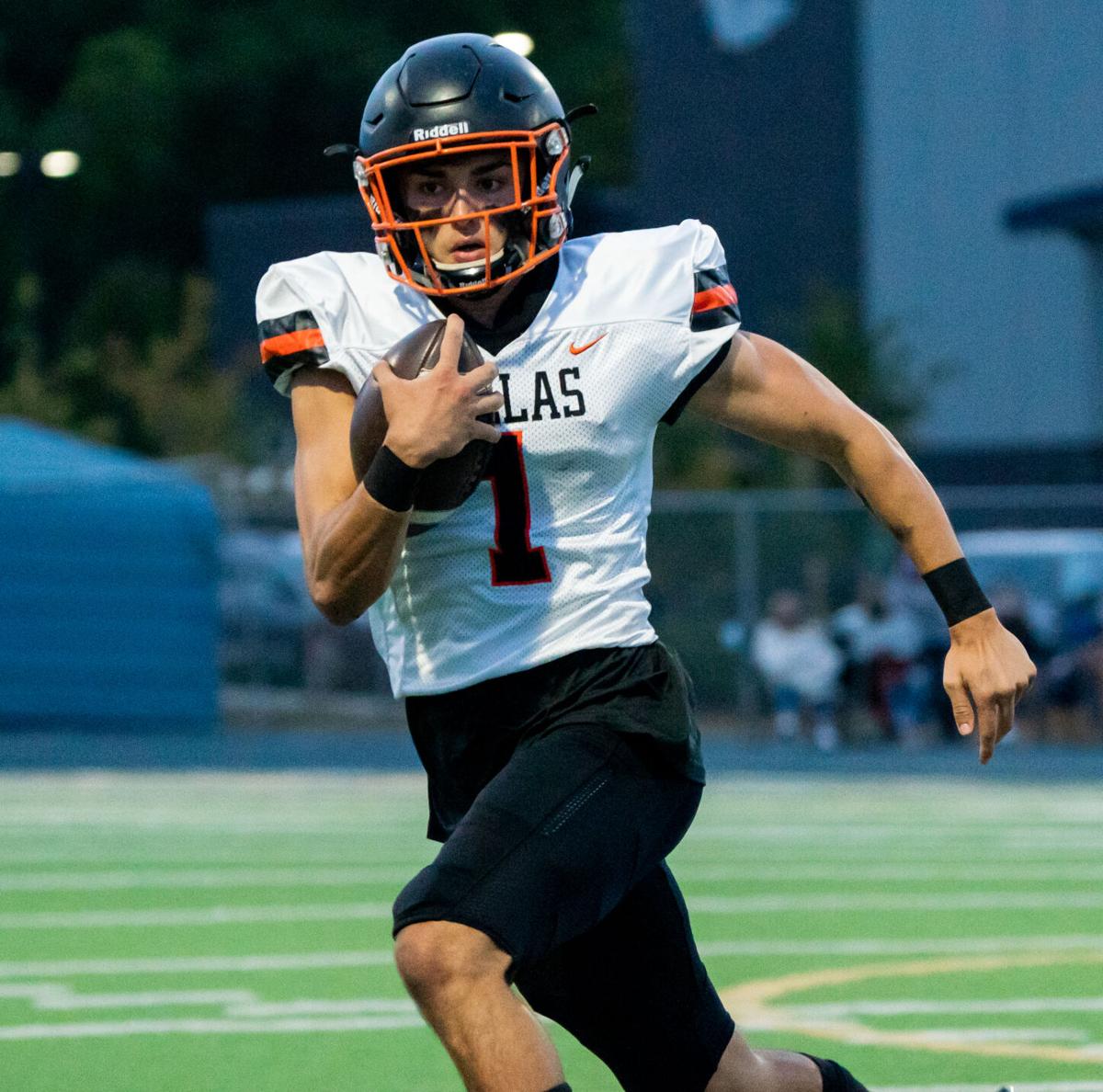 DALLAS — Along with one of the toughest early season schedules in the state, the Dallas Dragons also have had to deal with what Andy Jackson calls “the weirdest year I’ve experienced as a coach.”

Jackson, in his fourth season as head football man at Dallas, has the Dragons off to a 1-2 start as they prepare for another formidable foe – highly-ranked Silverton, which will visit Dallas at 7 p.m. Friday.

But the competition, which has included another highly-ranked Class 5A team in West Albany, has been only part of the challenge. The Dragons have been forced to play through some key injuries and multiple absences related to COVID-19 contact tracing.

“I’m proud of the way the kids have handled the curve balls,” Jackson said.

Dallas began with a tough, 26-20 home loss to Canby on Sept. 3, then won 34-6 at Wells (formerly Wilson) of the Portland Interscholastic League, before falling 21-9 Friday at West Albany.

“Our first four opponents are just about the toughest we could have, but we have no control over (the schedule). Chips fall where they will,” Jackson said. “The good thing is it lets our team see where we’re at and what we need to improve on.”

The opener versus Canby was “a fantastic high school football game,” Jackson said.

It was back and forth all the way. Down by six points in the late going, the Dragons drove some 60 yards only to get stopped on the Canby 15-yard line. The ball was agonizingly “spotted one foot short of a first down,” Jackson said.

“I was proud of the confidence our kids had in the fourth quarter to stop Canby’s offense and then make that drive. Our kids played four quarters really hard. Fought their butts off.

“We were right in that game.”

A couple of fumbles and an interception against Canby hurt the Dragons, who piled up more than 400 yards of offense. Two of the turnovers were in the red zone; one was on the Cougars’ 7.

“High school football is all about whoever makes the fewest mistakes,” Jackson said.

The first fall football home crowd since 2019 was a plus that night for the Dragons, though, and came as no surprise to Jackson.

“We’ve got tremendous support here. The community really comes out,” he said. “The fans were loud, and the student section was wild.”

Dallas got its victory the next week, despite missing eight varsity players, six of them starters. Among the wounded was two-way line standout Demitri Harris, a senior who broke an arm.

The Dragons took it to Wells on both sides of the ball.

“Cole has been good all year, catching the ball, blocking and playing outside linebacker on defense,” Jackson said.

Next was West Albany, and the Dragons were competitive there, too, in spite of losing three players to injury. Dallas led 3-0 on Person’s 39-yard field and then 9-7 after a Person interception, a 72-yard drive and Foster’s 1-yard sneak on fourth-and-goal.

The Bulldogs got their first two touchdowns on big plays of 45 and 61 yards via the pass, making some long runs after the catches.

“They made a few more plays than we did,” Jackson said, “but I was really proud of the way my guys played and how they kept going after it. They gave every ounce of effort.”

But the West Albany defense stiffened after Dallas reached the Bulldogs’ 37 late in the first half and the 39 in both the third and fourth quarters.

“He’s a great tackler and cover guy,” the coach said.

And Jackson said he has been pleased with the line for holding up well despite the personnel issues that have required Dallas to go with a lot of combinations.

Now Silverton, a consistent state championship contender, comes to town for Dallas’ second Mid-Willamette Valley Conference game. The Foxes are 2-1, with their loss to a good 6A team, Tualatin, only 35-28.

Silverton has a 6-1 senior quarterback in Jordan McCarty who has college talent, and the Foxes have won the last five meetings with the Dragons by a combined score of 141-37.

This season, they beat 6A Grant 41-7 to open the season and defeated South Albany 14-2 last week

“Silverton’s an awesome ballclub,” Jackson said. “But we’re a pretty good ballclub, too.”

Red Zone podcast: A look to the future after the Badgers lose Paul Bunyan's Axe

The latest on Nebraska's search for coaches: Reading LSU HC Brian Kelly's words and the tea leaves, too