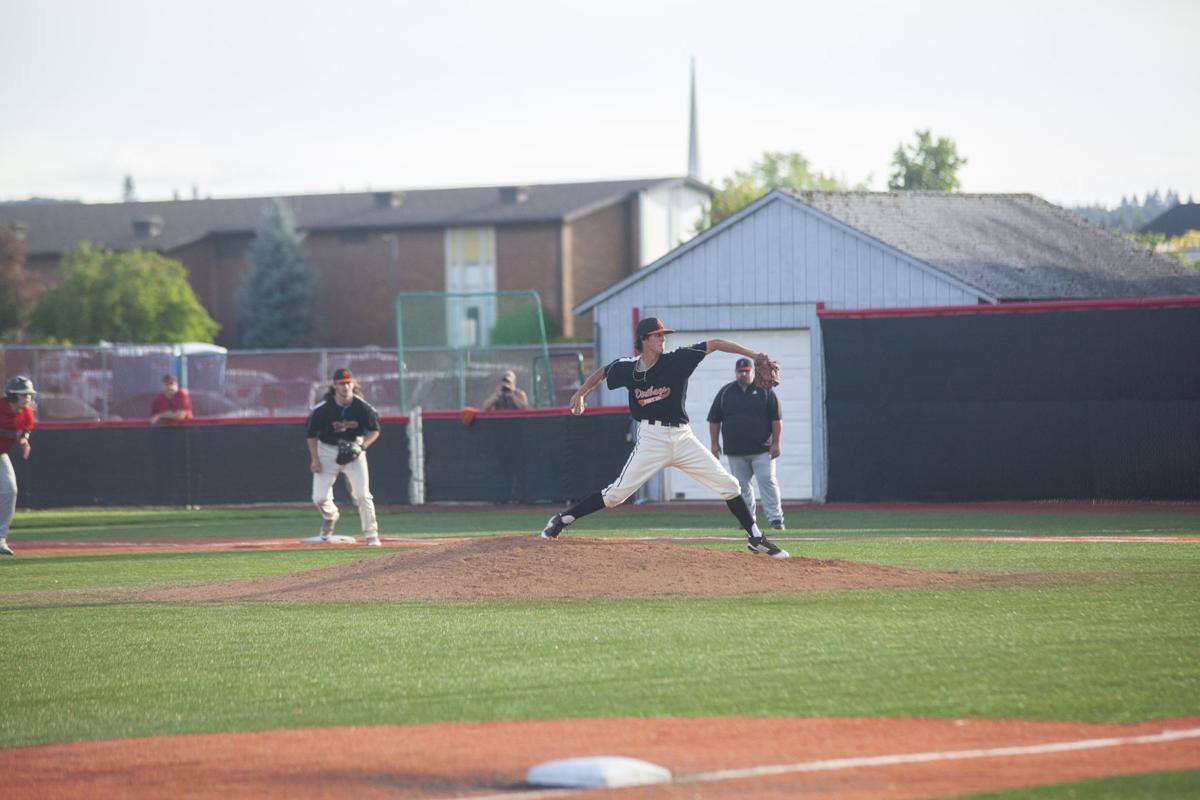 Braden Allison winds up to throw a pitch during a game on June 21 against Gresham at the Dirtbags home field in Monmouth. 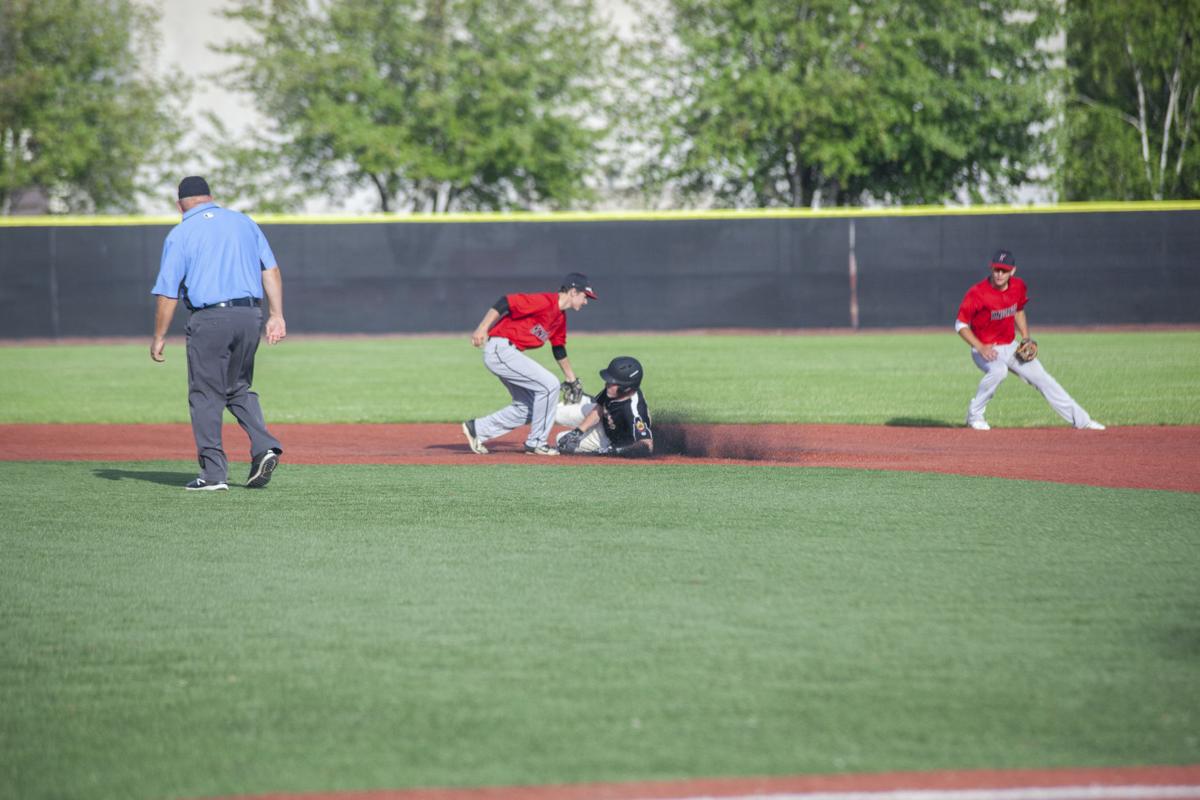 Kaiden Reidhead gets tagged out while sliding into second base on June 20.

Braden Allison winds up to throw a pitch during a game on June 21 against Gresham at the Dirtbags home field in Monmouth.

Kaiden Reidhead gets tagged out while sliding into second base on June 20.

MONMOUTH - It only took one run from the Mountain View Toros before the Dirtbags cinched up their defense and brought another triumph to their scoreboard, winning the game 4-1 in Monmouth on Wednesday evening.

The team is currently 6-3 in league and despite a hard loss last week in a double header against the Albany Rockets has managed to win the last five games.

“I think the guys are playing with some good confidence,” head coach Scot McDonald said. “The communication is getting better; (and) they’re seeing better pitching so I think their timing (at bats) is better.”

At the top of the second inning, Peter Mendazona was first at bat and belted the ball out of the park, nabbing a solo home run and the first score of the contest.

“I made a few adjustments with my swings,” Mendazona said. “Coach (James) Leach helped me with a lot of things I needed to make my hands quicker to the ball so I’ve been hitting alright lately; it’s getting better.”

At the plate, Kaleb Kantola started, pitching for six innings with Noah Amador closing out the game. Kantola’s confidence on the mound is evident in the team’s seamless defense.

“(I’m) just working on hitting my spots more, like consistency,” Kantola said. “And trying to get stronger, make my confidence go up.”

Everything appeared to click into place tonight for the Dirtbags.

“Everybody’s more energetic and with that comes more hits,” Kantola said. “(We’re) hitting the ball better too and we’re just having more fun.”

In the bottom of the seventh, three Toros were struck out in a row by Amador, punctuated by the team rushing onto the field in celebration.

Success starts on the mound, McDonald said. If the pitcher is throwing strikes and doing his thing, defense can back him up better, he added.

Thursday, the Dirtbags walked away with another victory against the Gresham Greywolves, winning 5-3 on their home field.

A triple from Mendazona in the start of the third inning resulted in a scored run due to an error from the Greywolves pitcher, which permitted Mendazona to take one base, driving the score up 2-1.

The team’s strong defense continues to make up for their missed attempts at bat.

“We’re playing great defense and I think that’s keeping us alive,” Anthony Zellner said. “We can hit much better than we are, but we’re just finding a way to win and just grinding through the summer. We just keep coming out here with just enough energy.”

Braden Allison started on the mound and pitched six innings, with Amador closing out the game.

Despite a slip on defense in the seventh stanza, Amador found his footing and began sending strikes across the plate.

“In the summer that’s the biggest thing,” Zellner said. “We have so many games that if you’re pitching you just gotta throw strikes.”

Monday, the Dirtbags traveled to play North Marion, and Wednesday they travel to Eugene in the Papa’s Tourney Baseball beyond borders tournament.