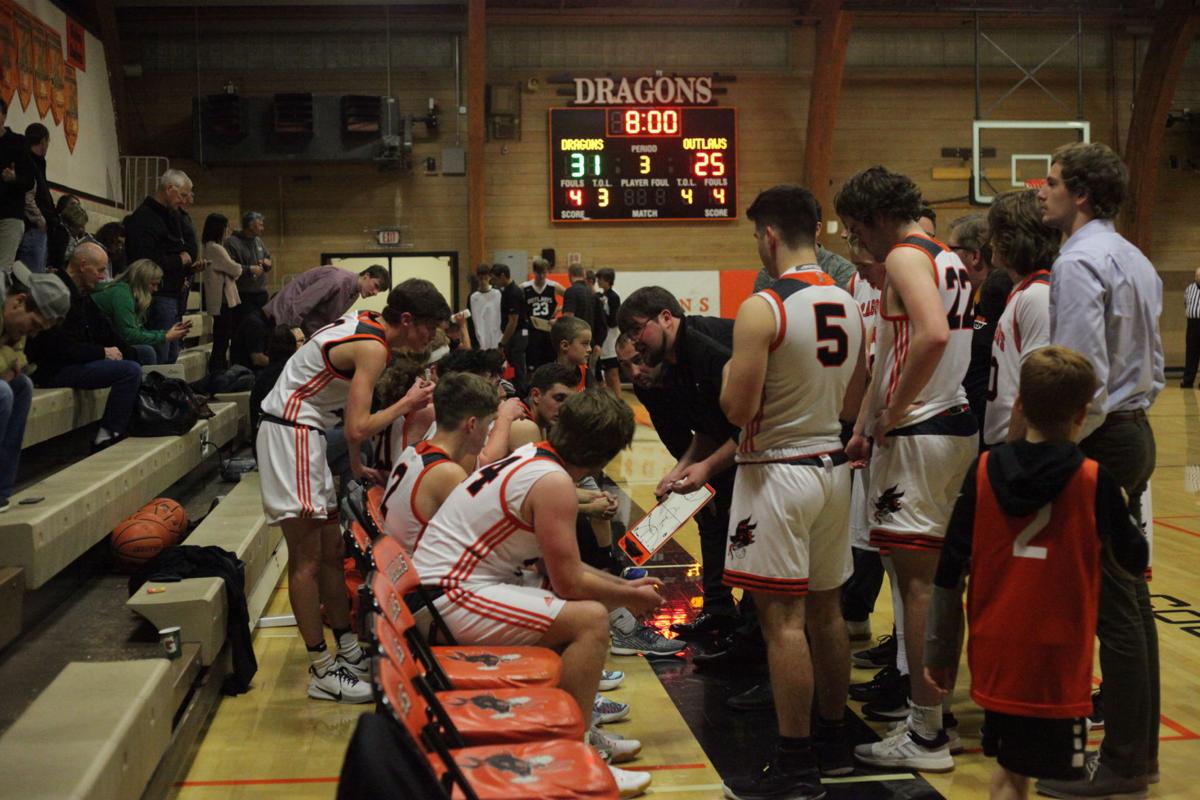 The Dragons boys basketball team found a way to win on Friday night after pulling away from Sisters late in the second half for a 44-40 victory. 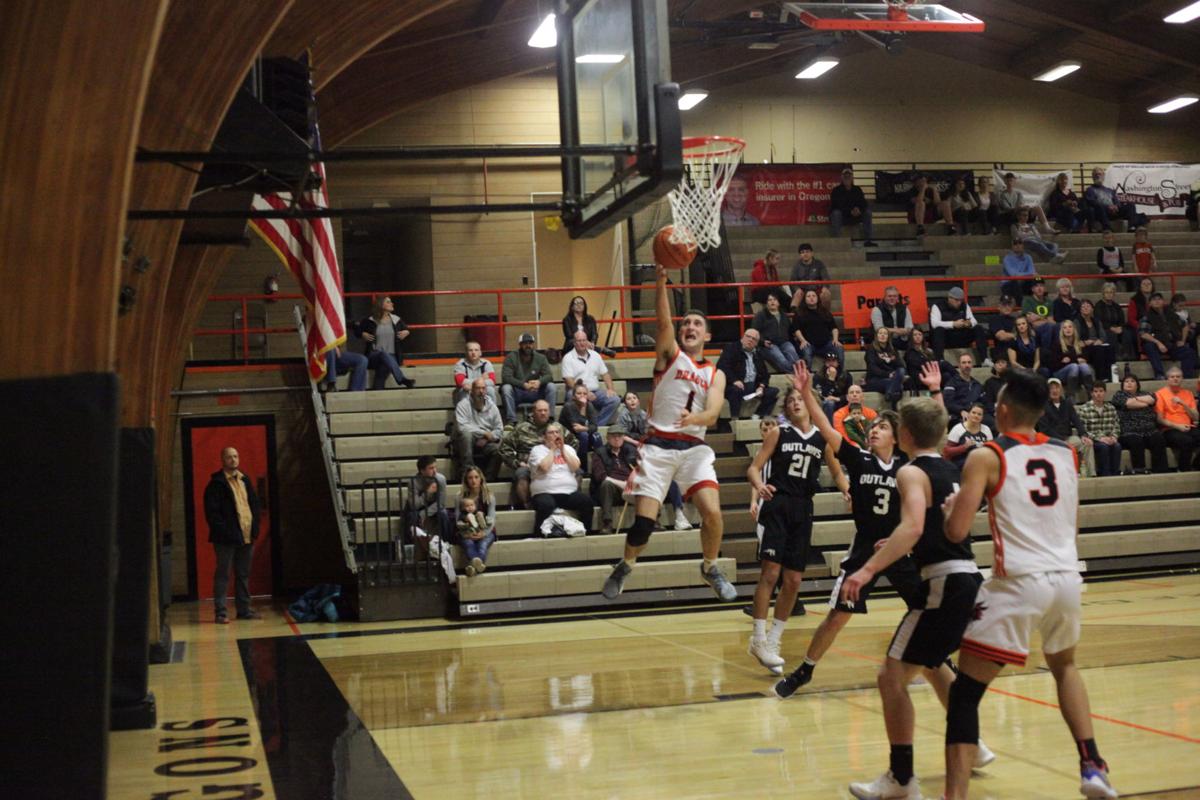 Tyler Crawford attempts to score during Friday’s game against Sisters.

The Dragons boys basketball team found a way to win on Friday night after pulling away from Sisters late in the second half for a 44-40 victory.

Tyler Crawford attempts to score during Friday’s game against Sisters.

On Wednesday, the Dragons (1-1 overall, 0-0 Mid-Willamette Conference) fell 60-57 in an energetic match against The Dalles that had the Dragons leading for all but one minute and 20 seconds of the contest; on a roll, the team lost its footing after the Eagles (1-2 overall, 0-0 Intermountain Conference) sneaked in a late push that the Dragons couldn’t recover from.

Friday’s game was a different story.

After a messy first half with missed scoring opportunities that resulted in a 19 knot at halftime, the Dragons came out with focused energy in the second half and pulled away with a 44-40 victory against Sisters (0-1 overall, 0-0 Oregon West Conference).

In the first half, “We couldn’t buy a bucket, really, and that kind of hurt us,” said head coach Jordan Sollman, “but when you shoot the ball as poorly as we did, but play the defense that we did, I’m glad we were able to come out on top. It was a good hard-fought game for the kids. I think they came out with a lot of intensity. We’ve been preaching since day one, from tryouts, we want to represent Dallas well, we want to come out with high energy, and bring a positive atmosphere.”

By the end of the third quarter, the Dragons were leading 31-25, but the Outlaws stayed right on their tail.

It could have been anyone’s game, but the Dragons wanted that win, and at the end of a contest, it’s about who shows up.

“It was a hard-fought game but we powered through,” said junior Tyler Crawford. “We just wanted to prove that we are a different team than last year.”

The team is different, as many from last year graduated.

“With these guys, I’m very confident they’re gonna come out and put forth 100 percent,” Sollman said of his team. “It’s just this year, it’s going to be about how we respond to adversity and push through and make things happen.”

Grillo and senior Carson Overstreet are the only two players who came back this year with consistent varsity experience.

Sollman said it’s good for a team to get a win early on in the season — it helps to boost confidence, he said.

“But whether we win or lose, the next day we are 0-0, and that’s the mentality that we’re building, and I think the kids are really buying in to what we’re preaching,” Sollman said. The Dragons hosted St. Helens (0-2 overall, 0-0 Northwest Oregon Conference) on Tuesday after press time.

Badgers in the XFL: Check out performances by former Wisconsin players in Week 2