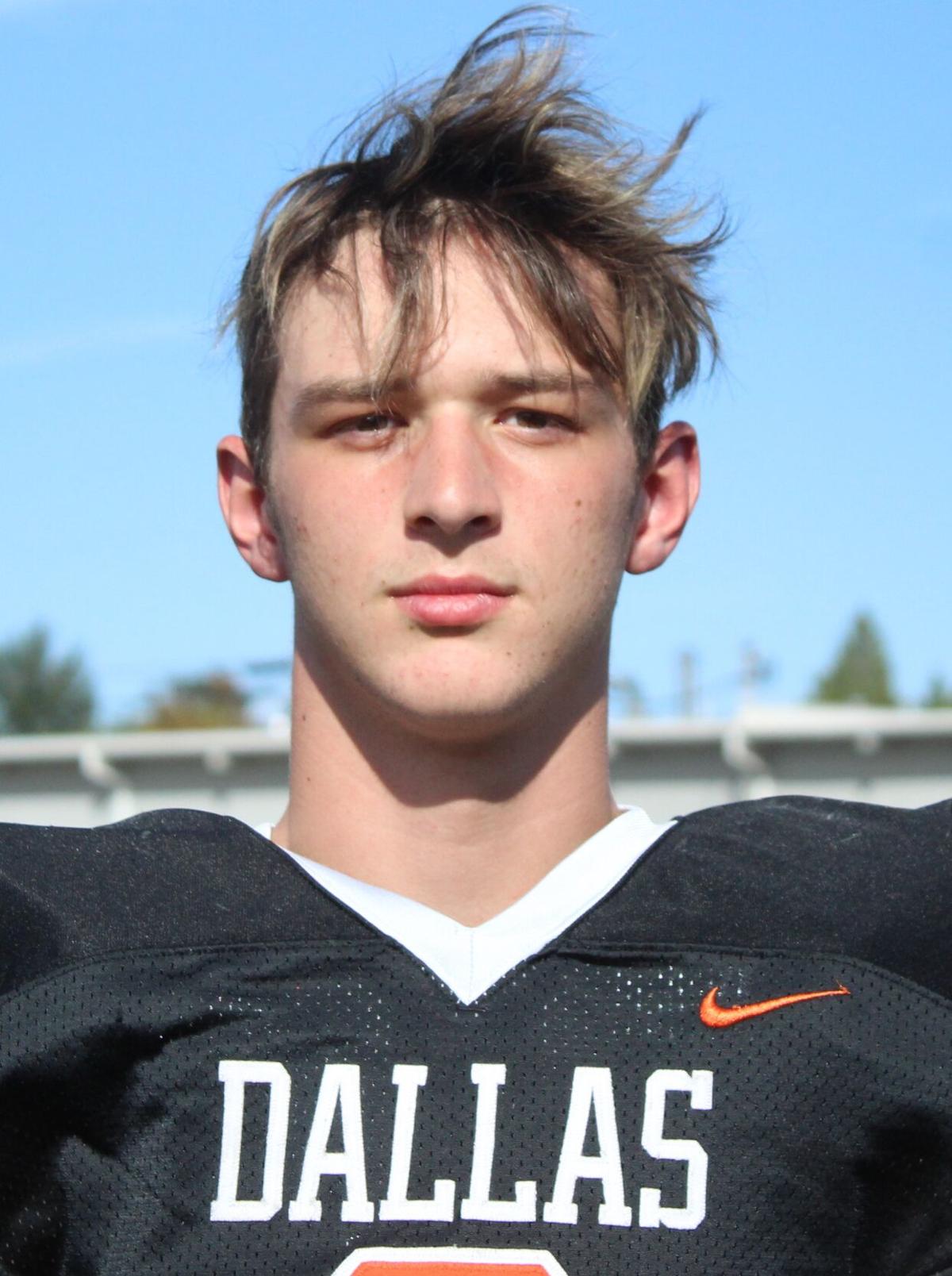 DALLAS — The Dragons are back.

Back to basics, back in focus, back doing what they do best, and back in the win column.

The Dragons erased the memory of consecutive losses with a complete effort and timely 35-12 victory over South Albany on Friday.

“A huge win for us,” Dallas coach Andy Jackson said.

The road victory came with the kind of solid effort the Dragons were looking for — and it was a 180-degree change from their 42-7 loss to No. 2-ranked Silverton the week before.

That defeat sparked a look in the mirror and a return to the drawing board for the Dragons, who committed to the right formula to beat a South Albany squad that was ninth in the Class 5A coaches’ poll coming into the game.

“Our kids competed really well. We practiced really hard and focused on ourselves, not anybody else,” Jackson said.

“South Albany is a good team,” Jackson said. “I couldn’t be more proud of my kids and our coaching staff.”

Dallas began the game aggressively, with an onside kick that worked.

Looking at game video last week, “We saw their front line was retreating early to block, so we thought we could steal the momentum right away. And even if we didn’t recover the onside kick, we felt like we have a really good defense,” Jackson said.

Kicker Luc Peffley, a junior, “was awesome all night, placing the ball in perfect spots.”

Dallas’ defense got the ball back for the offense, and the Dragons marched 51 yards to take a 13-0 lead on junior Brock Dunkin’s 6-yard run with 3:42 left in the first quarter. Senior QB Ashton Foster had a key, 17-yard completion to junior Emiliano Rocha along the way.

South Albany got two touchdowns in the second quarter to pull within 13-12 at the half, having missed both PAT kick attempts.

The Dragons really got going after halftime, with senior running back Logan Person and the offensive line leading the way as they began to pull away.

Person blasted home from 2 yards and scored on a 2-point conversion run with 6:49 remaining in the third quarter. Dallas led 21-12 after the 66-yard drive.

Then Person bounced outside and beat everyone down the right sideline on a 41-yard scoring dash with 2:35 to go in the third. That made it a 27-12 advantage.

The win didn’t come without some adversity.

“We’ve been battling adversity all year and it came up again,” Jackson said, this time in the form of first-half injuries to two key Dragons.

Zach Centanni, a senior guard/inside linebacker, suffered a concussion in the first quarter.

Garrett Munkers, a junior center/defensive end, went out in the second quarter with a leg injury.

The team seemed to rally around those missing parts.

“When Garrett went out, it was like we really came together,” Jackson said. “At halftime, I felt like our kids wanted to go back on the field so bad and play for their teammates who went out.”

Kevin Rubio, a junior, stepped in at center, and the O-line and Person did even more damage while the defense stiffened even more.

“Our offensive line was awesome all night,” Jackson said. “They physically beat South Albany up front. We were a more physical team than they were. It was really encouraging to see.

“We really wanted to find our identity and make a statement. We ran the ball down their throats. We had five conversions where we just ran it at them, including on a fourth-and-short. They probably knew exactly what we were going to do, but we still just ran it.”

“We wanted to put the ball in Logan’s hands, and we did,” Jackson said. “He got a lot of yards just by running hard. He broke a lot of tackles.”

Big on defense for Dallas was junior safety Owen Hess.

“He’s the leading tackler in 5A and was fantastic, making a ton of tackles in the run game and making a phenomenal play on an interception in the end zone that he returned to midfield,” Jackson said.

Dallas has played four ranked teams (Canby, West Albany, Silverton and South Albany) in its five games, and now the stage is set for a strong finish to the regular season.

Next is Crescent Valley, which will be at Dallas at 7 p.m. for Friday’s Homecoming game.

Crescent Valley lost 48-8 at Silverton last week. The Raiders are 0-3 in Special District 3 and 1-4 for the season, having edged Lincoln 28-27 in the opening week.

Friday is Homecoming for the Dragons.