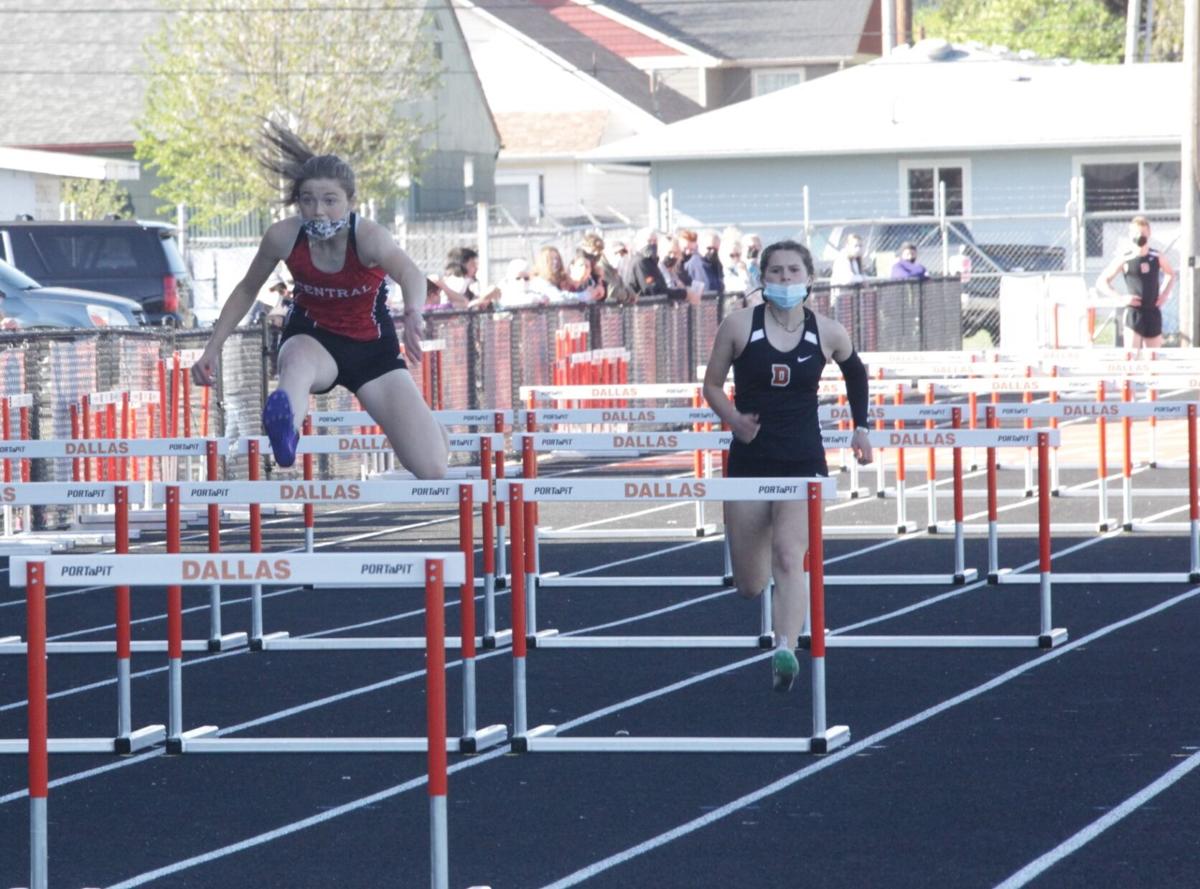 Junior Sophie Bliss, left, of Central picked up victories in the 110- and 300-meter hurdles during Thursday’s dual meet. 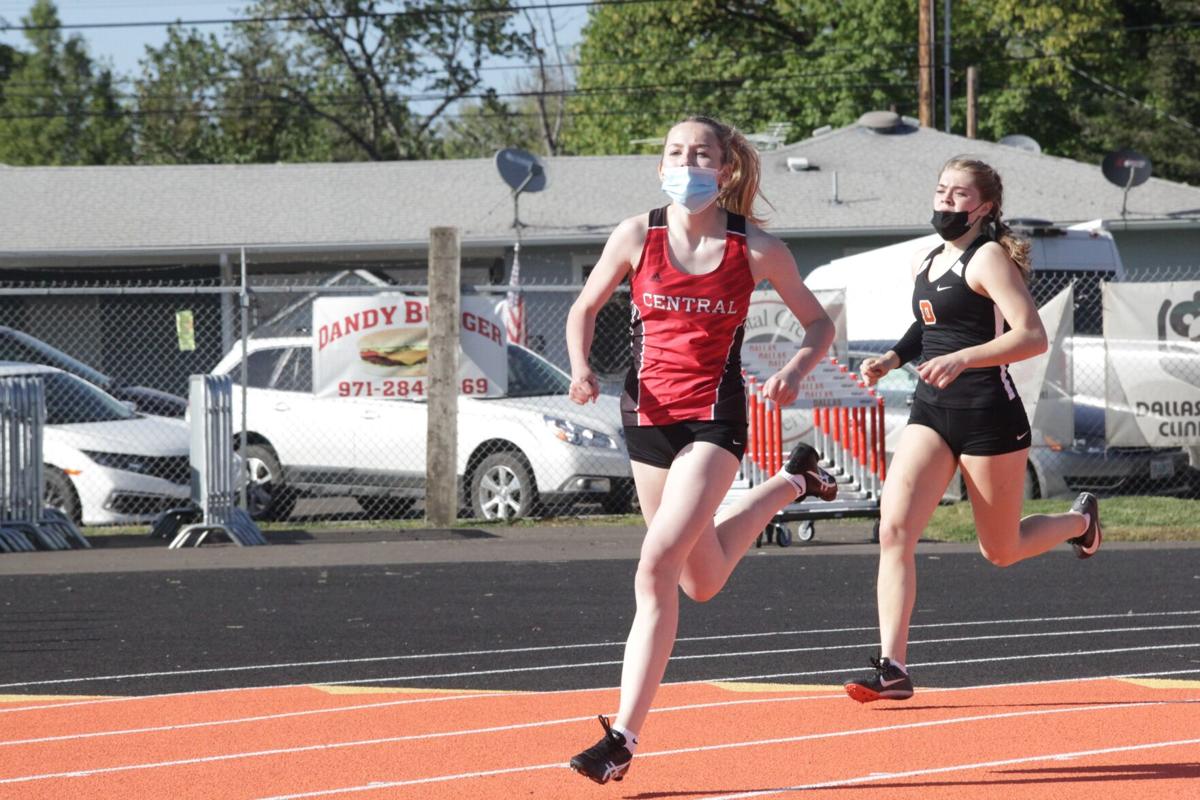 Junior Sophie Bliss, left, of Central picked up victories in the 110- and 300-meter hurdles during Thursday’s dual meet.

DALLAS — The Dallas High School Dragons track and field team hosted Central High School on Thursday afternoon for a dual meet, with many athletes on both sides securing personal records in the non-scoring meet.

Central sophomore Myles Crandall dominated the 200-meter race by winning in 23.85 for a personal record and more than two seconds ahead of second-place finisher Dallas freshman Dominic Sobota, who crossed the line in 25.64.

Junior Gabriel Cirino of Central landed the victory in the 400-meter race by more than four seconds, crossing with a 56.59 finish.

In the distance races, no competitors had a chance against Toby Ruston. The senior, who has committed to running at Oregon Institute of Technology next year, left the other runners in the dust as he won the 1,500-meters in 4:18.26 and 3,000-meters in 9:19.10.

Ruston went on to be the anchor in the boy’s 4x400 relay. There were three different Dragons teams competing, and Ruston’s team finished in second place at 3:56.82. Floyd, senior Sy Graber and senior Christopher Smyth completed the four-person squad.

The Panthers first relay team, which was made up of Cirino, senior Kaleb McArthur, Crandall and senior Jared Jeffries, crossed the line in 3:48.90 to claim the win.

On the field, Dallas went one-two-three in the shot put, with junior Justin Parnell launching a 51-04, followed by junior Logan Person with a mark of 33-05. Freshman Javonte Williams finished in third place with a throw of 30-10. Parnell also nabbed first place in the discus with a throw of 150-01.50.

Senior Joshua Watkins of Central came in second place in the javelin, throwing a 123-09.00 for his first year ever competing in that event.

“I grew up running hurdles, but I actually really enjoy javelin,” Watkins said. “This is my first year doing it. I was a quarterback for football, and I was kind of picked out by the coach, thinking I’d be good at it and it turns out, I am.”

Watkins also competed in the pole vault, and was the third sprinter in the Panthers’ second 4x400 relay team.

He said so far things are going well.

“It was a disappointment about last season, and a lot of kids didn’t come back out this year, and that’s been rough, but I’m just happy to be back out here,” he said. “It’s what I like to do. Probably my favorite sport.”

On the girls side, sophomores Katherine Dufner and Zoe Giertych went one-two in the 100-meter dash, crossing the line in a photo finish at 13.81 and 13.86, respectively.

“I didn’t think I’d be as sore going from cross-country to track, but I’m pretty sore,” Bliss said after her final race.

Bliss added some things she wants to work on as the season gets going.

“I need to work on my strides this season, because I tend to make them longer and I think it’s because I’m thinking too much. But I’m excited for what’s to come.”

In the javelin, the Dragons went one-two-three, with junior Madelynn Strauss leading the pack with a mark of 113-06. Senior Krista Cook hit 96-05 and sophomore Dakoda Bennett followed up with a 93-03.

Junior Faith Sanchez and Bliss tied for first place in the pole vault, flying to a 6-06.00.

This week, Dragons head to West Albany, with field events starting at 3:45 p.m., while the Panthers host Silverton at 3:45 p.m

School's out for summer, but Huskers in for busy, compacted 'third quarter' of 2021