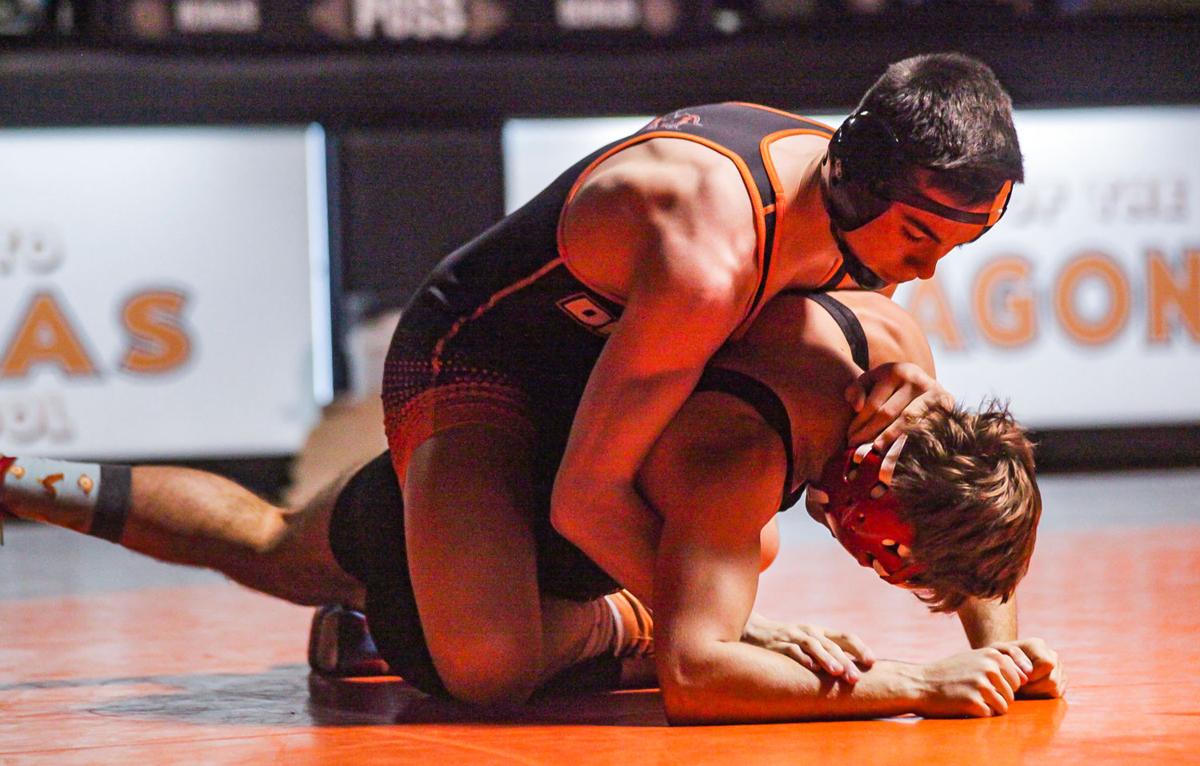 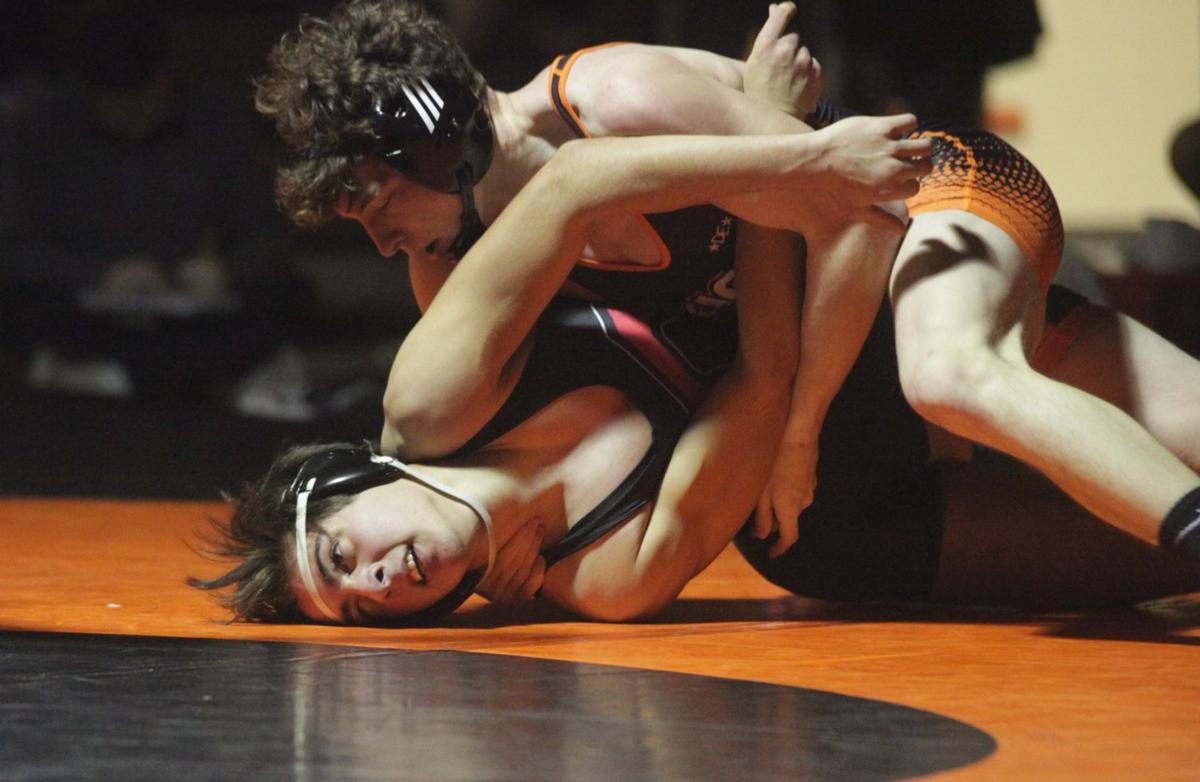 It’s been an up-and-down season for the Dragons so far.

“Kind of hit and miss is probably the best way I would describe it,” said head coach Tony Olliff. “We’ve only put this team together one night in its entirety, and that was the night we wrestled West Albany. There’s always been someone out of the lineup, due to flu, due to injury.”

It puts into question what the lineup will look like as districts in February draws closer.

“So it’s one of those deals where every experience, we’re like, ‘wow, I wonder if we’re gonna have it all as a packaged deal for districts,” Olliff said. “I hope we do.”

One thing is for sure: the Dragons, despite having its holes, is nothing but consistent.

There are several wrestlers who Olliff and his staff are counting on to hold that consistency throughout the rest of the season.

Senior Cooper Hise is one of those wrestlers; he took down Central’s Gabe Cervantes 3-2, his teammates calling out “Cooop” as he walked out onto the mat before his match began.

Isaac Jones, a freshman — and younger brother of former Dragon and state placer Jacob Jones — is another wrestler the team is counting on. He pinned Central’s Adrian Martinez.

And then there’s Ashton Brecht, called the team’s jewell by Olliff. He took second place at state last year in the 285-pound bracket, and is consistently in the top four for the season.

“My season has gone pretty good,” Brecht said after the meet. “At the Gut-Check (Washington), I placed fourth against a team that was No. 1 in the nation.”

Brecht said he’s come across challenges this season too.

“At Pac-Coast (Washington), I got sick so I lost one match and had to come back for third.” Not bad for someone who is competing sick.

His expectation when he goes out on the mat?

As the season moves forward, and with the unexpected illnesses and injuries, Olliff said there has been a lot of shifting expectations around.

“From week in and week out we go from thinking, ‘OK, we can trophy in this tournament,’ and then you say ‘let’s just focus on individuals,’” he said. “That’s the nice thing about wrestling — basketball, it’s team or nothing, but in wrestling you can always fall back to those individual roles. Over Christmas break we had some pretty neat performances. But … it’s kind of like whack-a-mole, it’s one man down and then another man down and then another man down, so we’ll see if they can all put it together.”

The Dragons head to Crater High School on Thursday.

University of Wyoming announces Athletics Hall of Fame Class of 2020