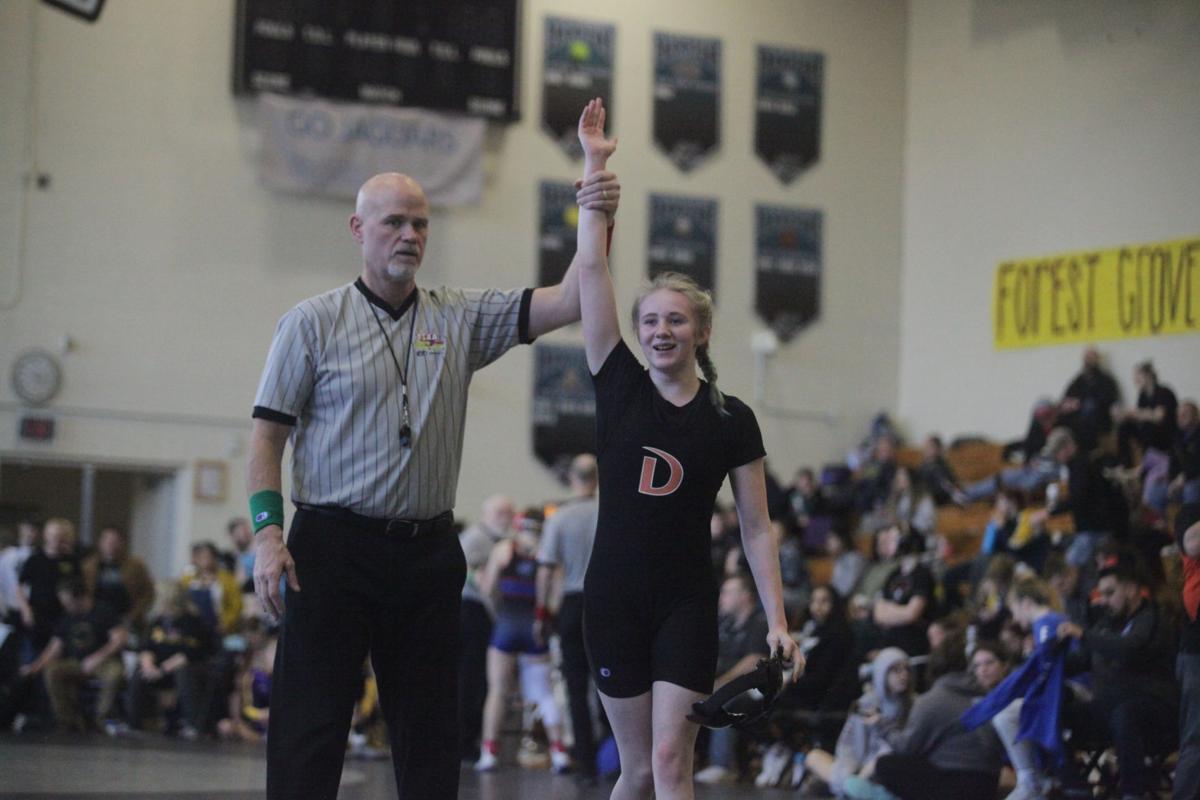 Kimmy Holgate of Dallas High School placed second at the girls regional state qualifiers over the weekend and will be going to the state tournament. 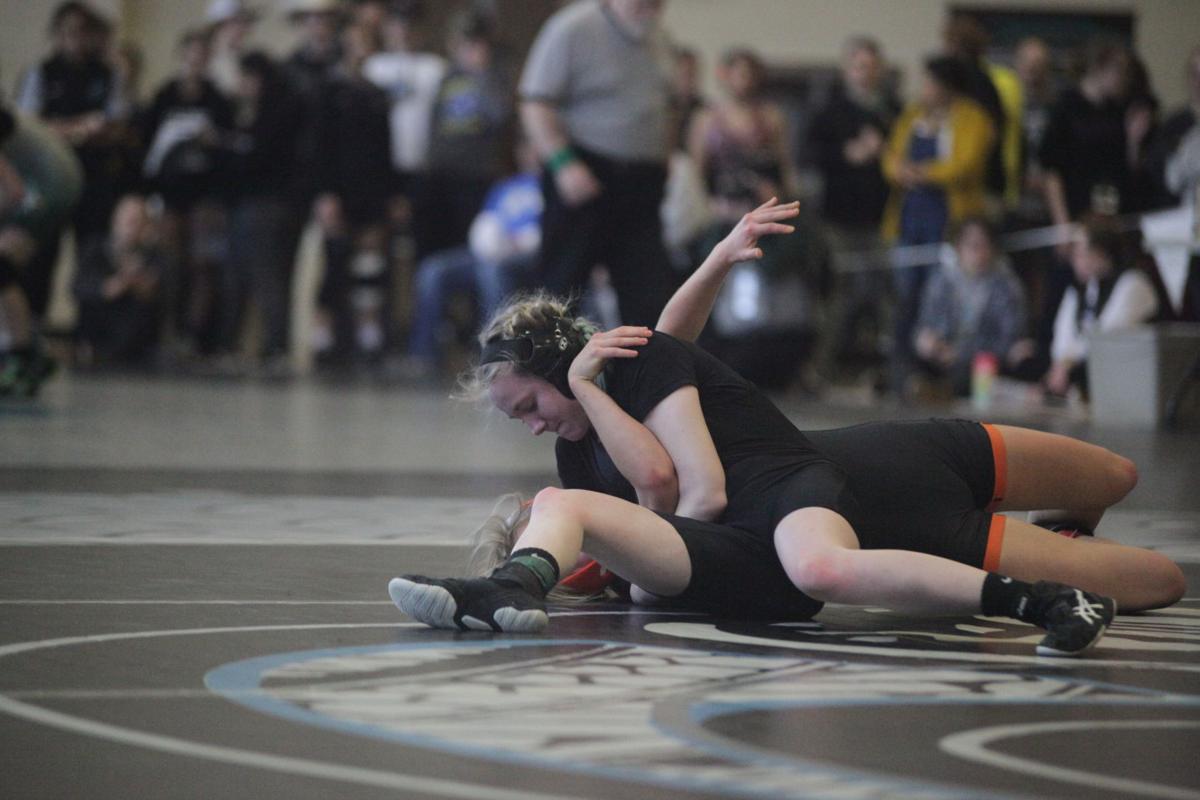 Kimmy Holgate of Dallas High School placed second at the girls regional state qualifiers over the weekend and will be going to the state tournament.

HILLSBORO — The smile on Kimmy Holgate’s face as she got her hand raised said it all.

Bursting into tears as she ran off the wrestling mat toward her family confirmed it: She had won the championship match, which earned her a spot at the state wrestling tournament.

“I’ve been wanting to go to state since my freshman year, and now that I’m a junior, I’m finally getting to go, and that makes me so happy,” Holgate said.

Fired up from winning all of her matches on Friday, the junior from Dallas High School pinned Emma Jones from Scappoose on Saturday morning, which secured Holgate’s spot at the state tournament at the Memorial Coliseum Feb. 29-March 1.

Later that evening, Holgate was pinned in the first round of the first-place match, bumping her to a second-place finish overall.

Going into state, she said she’s hoping for third place, “but overall I’m just excited to be able to go. I feel very privileged to be here. I feel so accomplished already,” she said.

DHS assistant coach Walt Markee was at the two-day meet with Holgate.

“Kimmy is scrappy and tough,” he said. “She is capable of beating anyone. I think Kimmy is capable of placing in the top four at state.”

Holgate attributes her success this year to her training partner, junior Anna Rose.

“She’s also my best friend, and she’s the second girl wrestler at DHS,” Holgate said. “And this is the first year that we’ve had two girls on the wrestling team.

“It has made everything so much better for me. Two years ago I was the only girl. It was isolating. Having another girl on the team is beyond amazing.”

Wrestling runs through the Holgate family: Holgate’s dad wrestled for DHS, her brother PJ wrestled there, and now Holgate herself is continuing with the family legacy.

“Wrestling isn’t an ordinary sport for girls, and I wanted to prove to people that, yeah, I’m small, but I have a lot of toughness in me,” she said. “And also because of my dad. He would always wrestle with me, and I fell in love with the sport.”

Where are they now: Ben Weaver finding success in the financial world