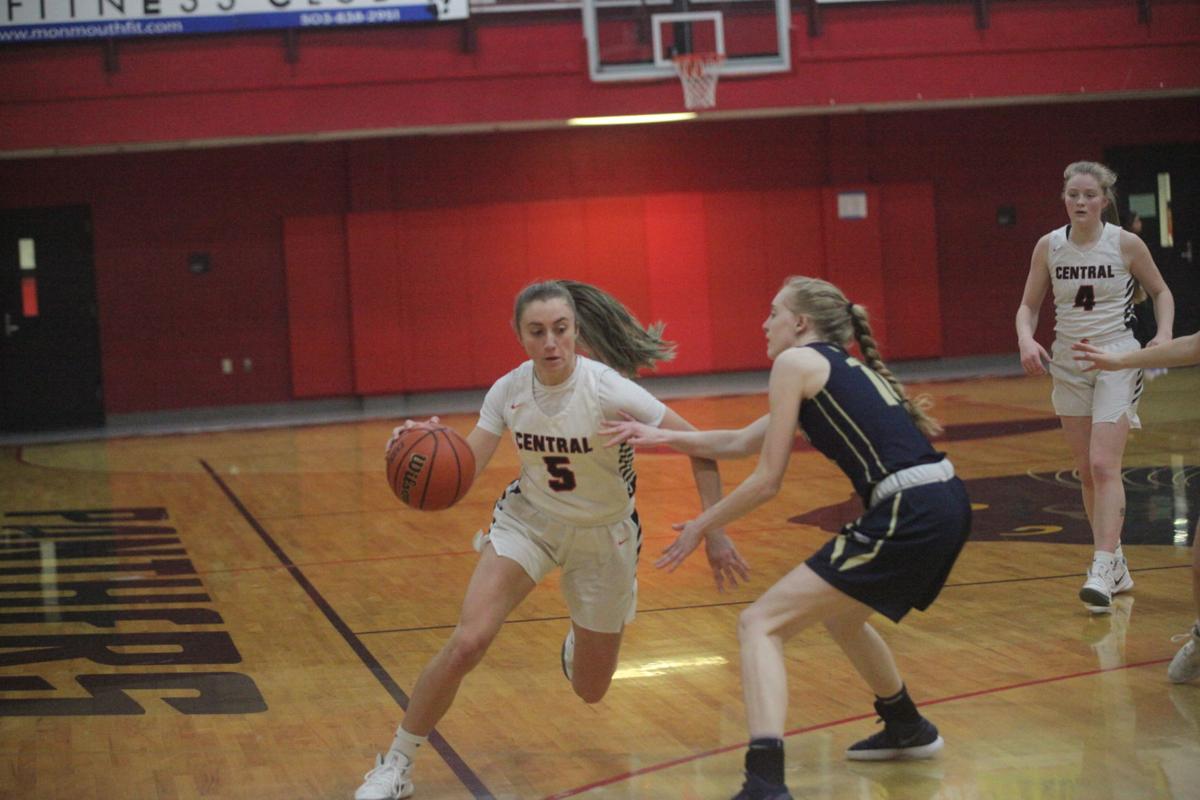 Senior Meagan Mendazona of Central High School was named Player of the Year to the Mid-Willamette Conference All-League team. 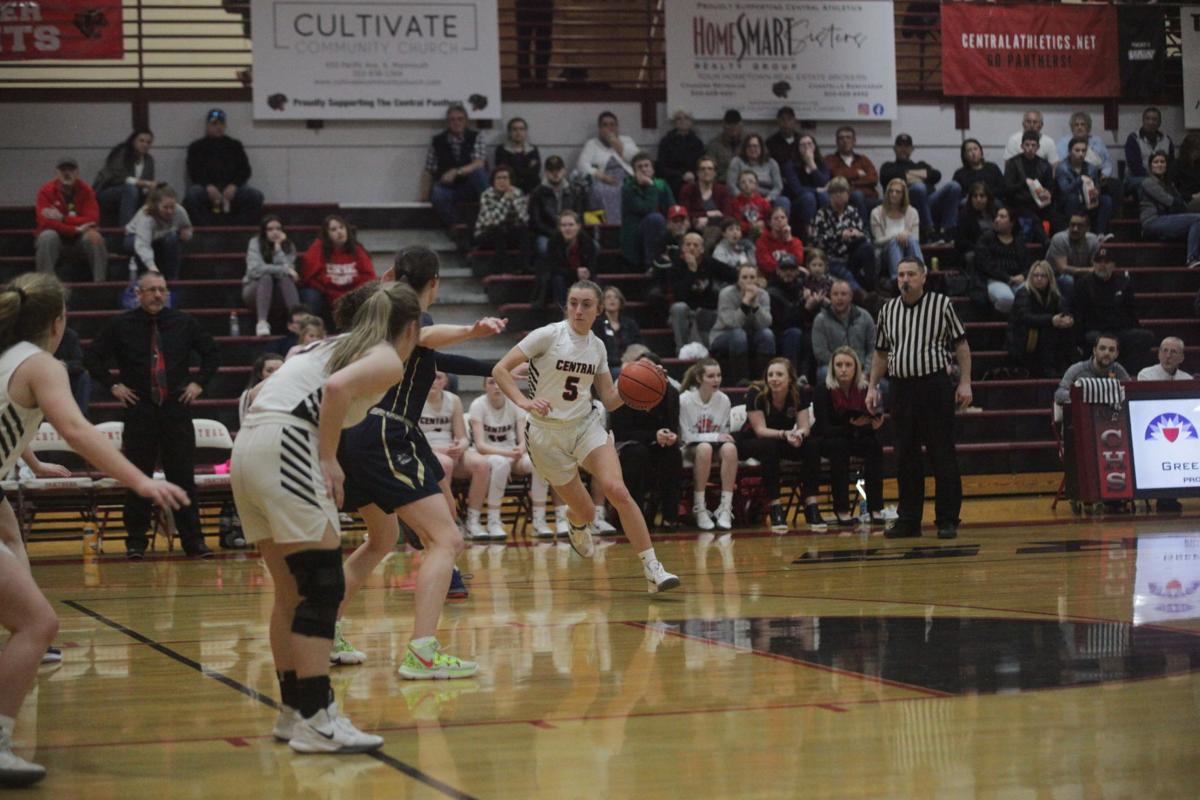 Meagan Mendazona led the team in scoring for the year, and averaged a double-double per game.

Senior Meagan Mendazona of Central High School was named Player of the Year to the Mid-Willamette Conference All-League team.

Meagan Mendazona led the team in scoring for the year, and averaged a double-double per game.

INDEPENDENCE — In middle school, Meagan Mendazona’s dad sat down with her and asked her if she planned to pursue college basketball.

If she did, this was the time to start preparing for it, he said.

Even back then, Mendazona, now a senior at Central High School, knew that the answer was yes.

“I decided yeah, I wanna do this, I want to play college basketball,” Mendazona said. “And that was my dream, and my goal, and I’ve been working from there.”

Mendazona, who has signed to Utah State next year to play basketball on a full-ride scholarship, was nominated as the I-O’s Basketball Athlete of the Year after being named Player of the Year on the 2019-20 Mid-Willamette Conference All-League team.

Her head coach, Marc Burlson, said she stepped up as a leader throughout this season.

“Meagan’s contributions are unmeasurable,” he said. “Her skills on the court and knowledge of the game helped lead our team to the success we saw this year.  She pushed the other players to get better, not always with words, but with her actions.  Every coach in America prays to have a team full of Meagans.  She is a very special person and I hope she does great things at the next level.”

Mendazona’s final season with the Panthers ended with a No. 3 spot in the MWC league, and a trip down to Eugene to play in the first round of the state playoffs.

She averaged a double-double per game, and led the team in scoring at 19 points per game. She also tallied up 4.96 steals per game, grabbed 11.4 rebounds, dished out 1.57 blocks, and had a 47.5 field goal percentage.

Losing 48-38 to Churchill in the first round of playoffs was heartbreaking for the team.

“We had it pretty much the whole game,” Mendazona said. “We were leading for most of it. So, I’m sad, but proud that the team made it as far as we did.”

A lot was put into question as the Panthers headed into this season: Julie McDonald had resigned as head coach, and several of the varsity lineup from last season had graduated.

Mendazona was looking forward to it just the same.

“I played summer ball with Marc (Burlson) and so I got to know him a little bit,” she said. “It gave me some hope that it would be OK. But either way, it was my senior year, so I was just planning on having fun and doing the best I could do, and trying to make the team better, because in the end that’s all you can really do — you just have to focus on what you can control. So, that was my mindset going into it.”

Not only did the team perform well throughout the season, but it also formed a bond that Mendazona said she hasn’t experienced before.

“I think our team got along really well; we were all wanting to hang out, and after practice we would go watch the sunset, and we would have team dinners together.

“This season was so much fun,” she said. “I think our team got along really well; we were all wanting to hang out, and after practice we would go watch the sunset, and we would have team dinners together.

“Our whole team went to the beach after school last Monday, and watched the sunset and had a bonfire. The coaches, too, are keeping in touch, checking on our grades, checking on us. It feels like a family.”

Burlson said he will miss having a player like her on his team.

“Her character, positive attitude, sense of humor, basketball knowledge, and friendship made my first year at Central a huge success,” he said. “She has helped set the tone for the younger players in the program, and helped establish the family atmosphere we have been preaching all year long.  I know she will do great things at Utah State and after her basketball career is over.  Although she wants to go into the medical field, she will always have an invitation to be on my coaching staff if she ever decides to be a coach someday.”

Sports has been a part of Mendazona’s life since she was little.

“I grew up playing sports,” she said. “My family is an athletic family, and I have an older brother (Peter Mendazona) who plays college baseball, and my little brother is playing all the sports.”

She narrowed her focus down to basketball because it was the sport she loved the most.

“Other sports are fun, but basketball, I just love it,” she said. “And then once I got into summer club ball, it was awesome;  in the summer time, traveling, and playing against really good people all over the country.”

Now she gets to experience a different kind of competition in college.

“I’m just looking forward to keep playing basketball — and not having it end here,” she said.

After being a ‘clean-up crew guy’ with Packers, Blake Martinez excited for fresh start in New York

Nebraska has spent more money firing coaches than any other school