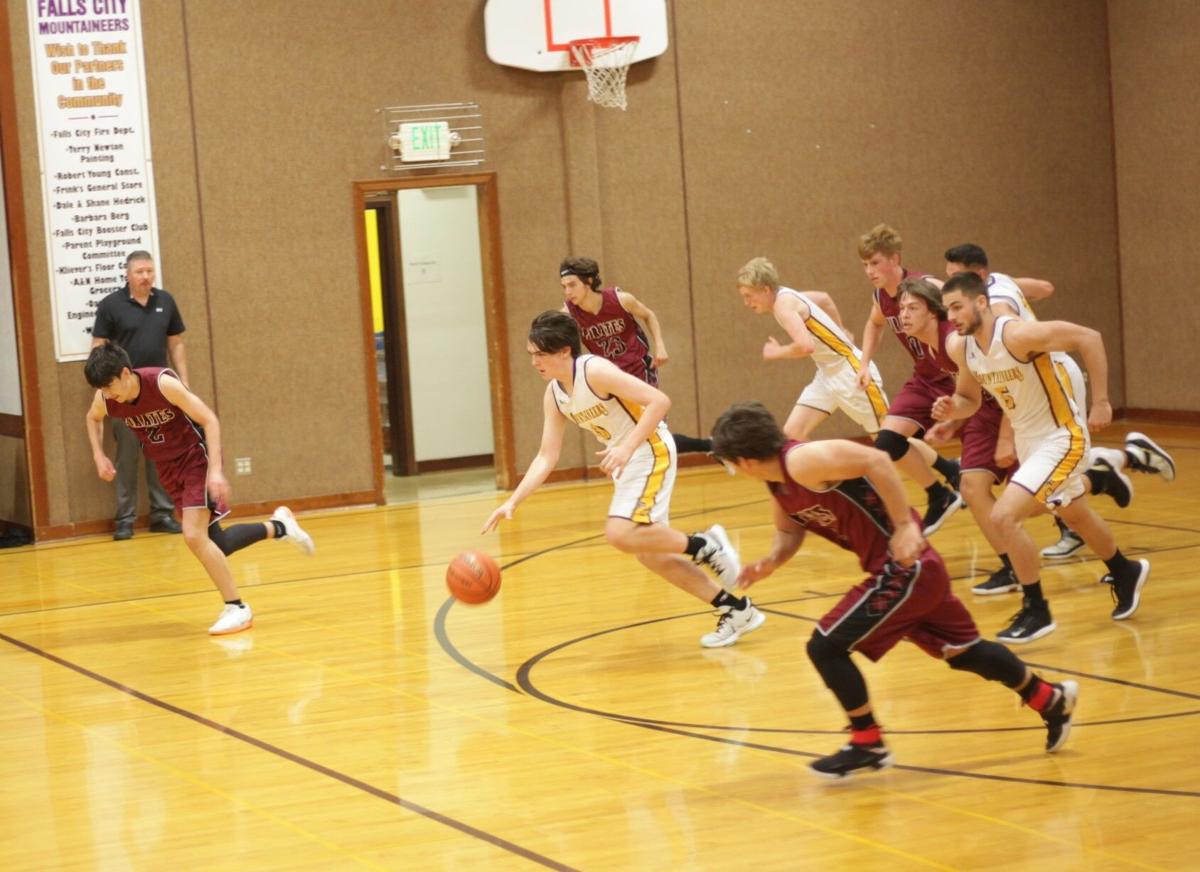 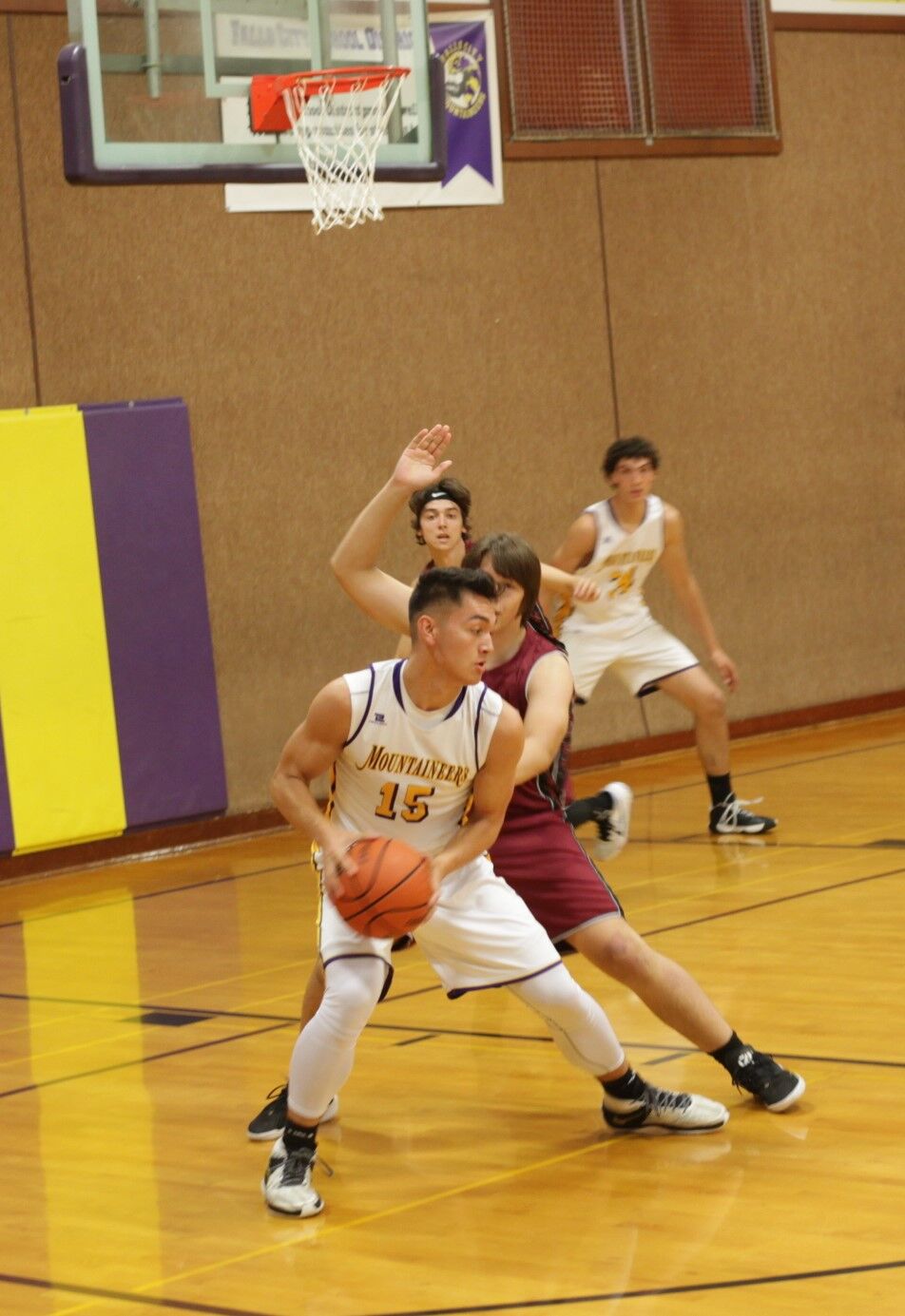 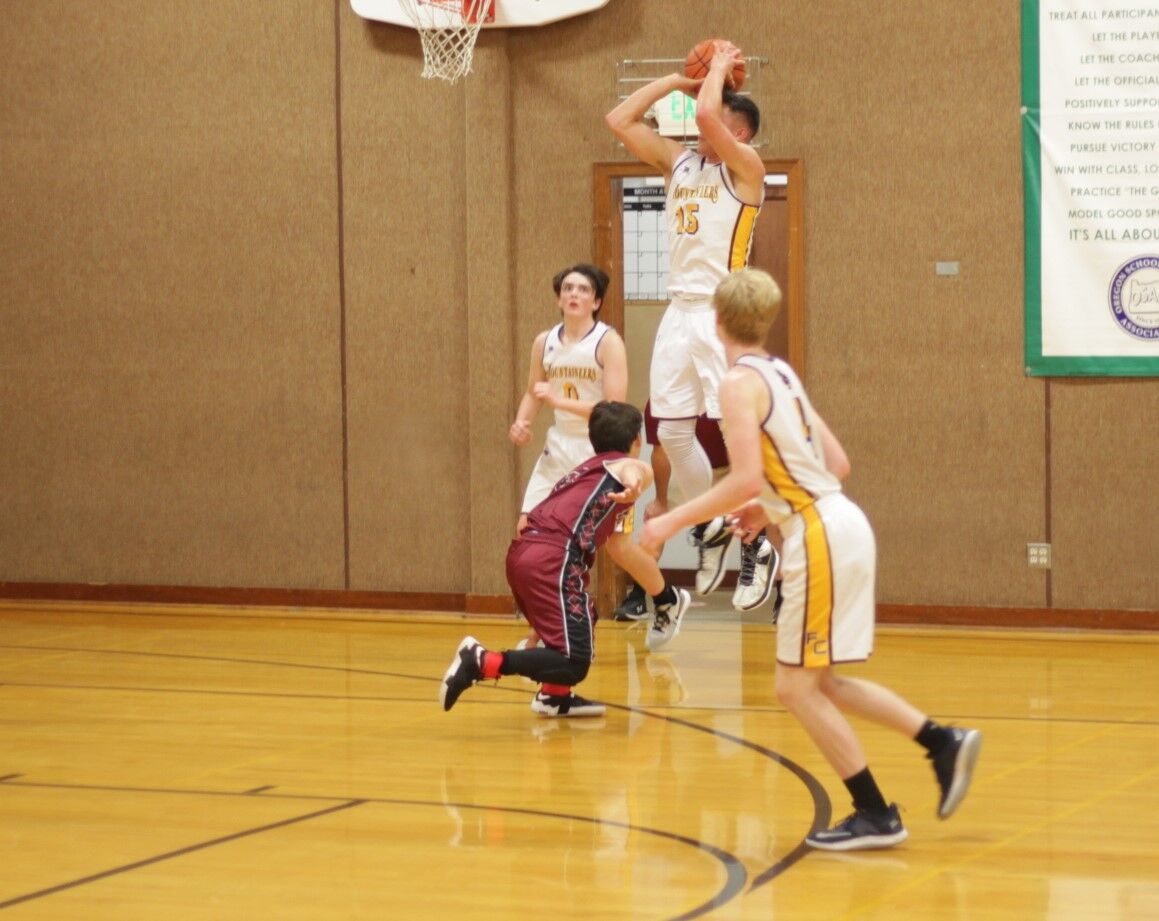 FALLS CITY — The Falls City High School boys basketball team maintained its dominance against the Perrydale Pirates for the second time this season, securing a 59-40 win on June 10 in the Polk County rivalry.

This contest followed the season opener on May 17, where the Mountaineers picked up a 53-43 triumph in Pirate territory.

“The offense played a lot more patient tonight,” said head coach Pat Irving. “I had my old coach come in here, from when I played here in ‘92, to help us with our defense, and I think it showed tonight. Our defense played really well. I think we could have been more patient, but (the Pirates) picked up the tempo of the game, so the court got spread, and Jason (Lafayette) was able to find the open players, and that made a big difference. Dillan (Watkin) had a phenomenal game, I don’t think he missed a single 3-pointer.”

Energy from both teams filled the gym from tipoff, and the Pirates (6-5, 2-2 Casco) stayed right on the Mountaineers heels for the first quarter. In the second quarter, the team was able to box in the Pirates on defense and make it difficult for them to score. By halftime, the Mountaineers were starting to break away with a 19-10 margin, with Lafayette sinking a 3-pointer right at the buzzer to seal the deal.

He said that this season is bittersweet because it’s his last season of high school basketball.

“But I’m trying to be like a sponge, and I’m trying to squeeze as much season and much fun out of the senior year as possible,” he said.

The Mountaineers are 4-0 and 8-2 overall, going neck and neck witah its biggest competitor, Crosshill Christian, who sits at the No. 1 spot in the 1A Casco League.

Fighting for that top spot is the team’s goal for this short season.

“We’re on a roller coaster, and we play at other team’s levels, mostly,” Irving said.

That lack of consistency makes going up against teams like Crosshill challenging, he said.

“But this is the best team I’ve coached in the three years I’ve been here. Jason (Lafayette) is a talent at this level, and he’s got two seniors around him that are good.”

“We just want to win the rest of our games, be patient and stay focused,” said senior Jacob Labrado.