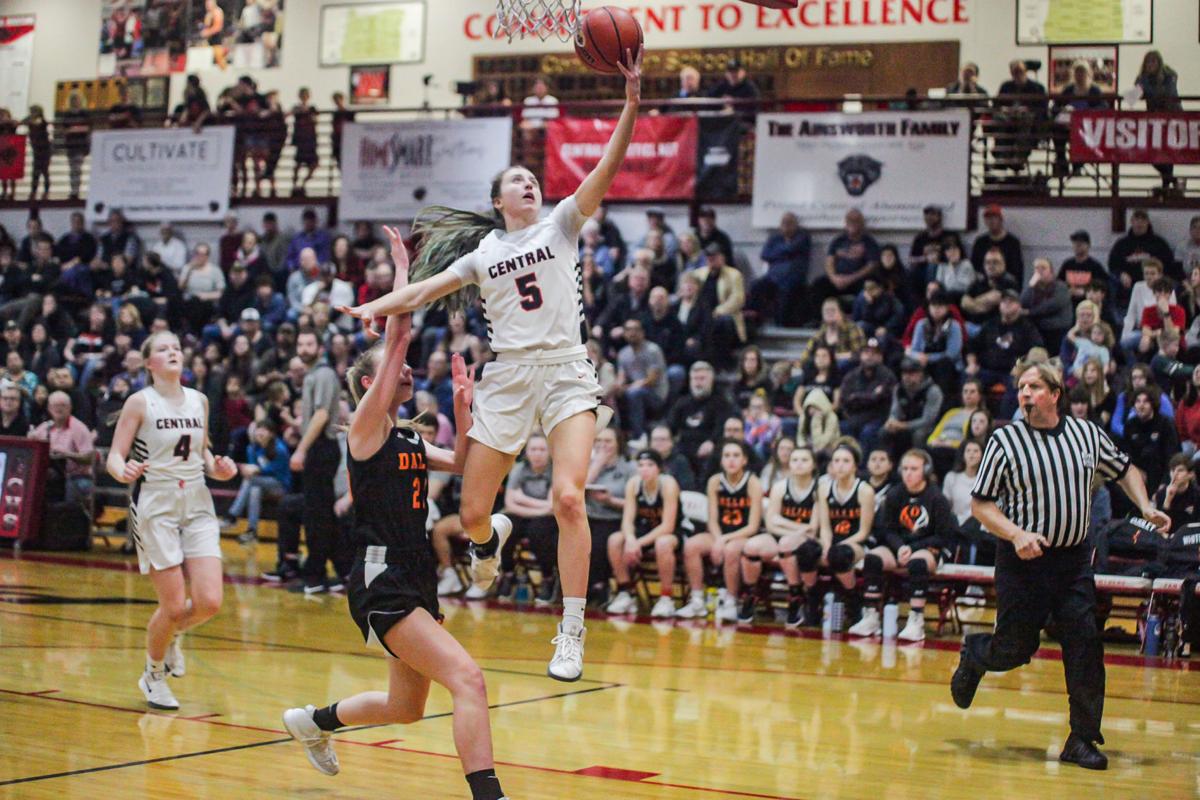 Meagan Mendazona breaks through the Dragon’s defense on Friday night. 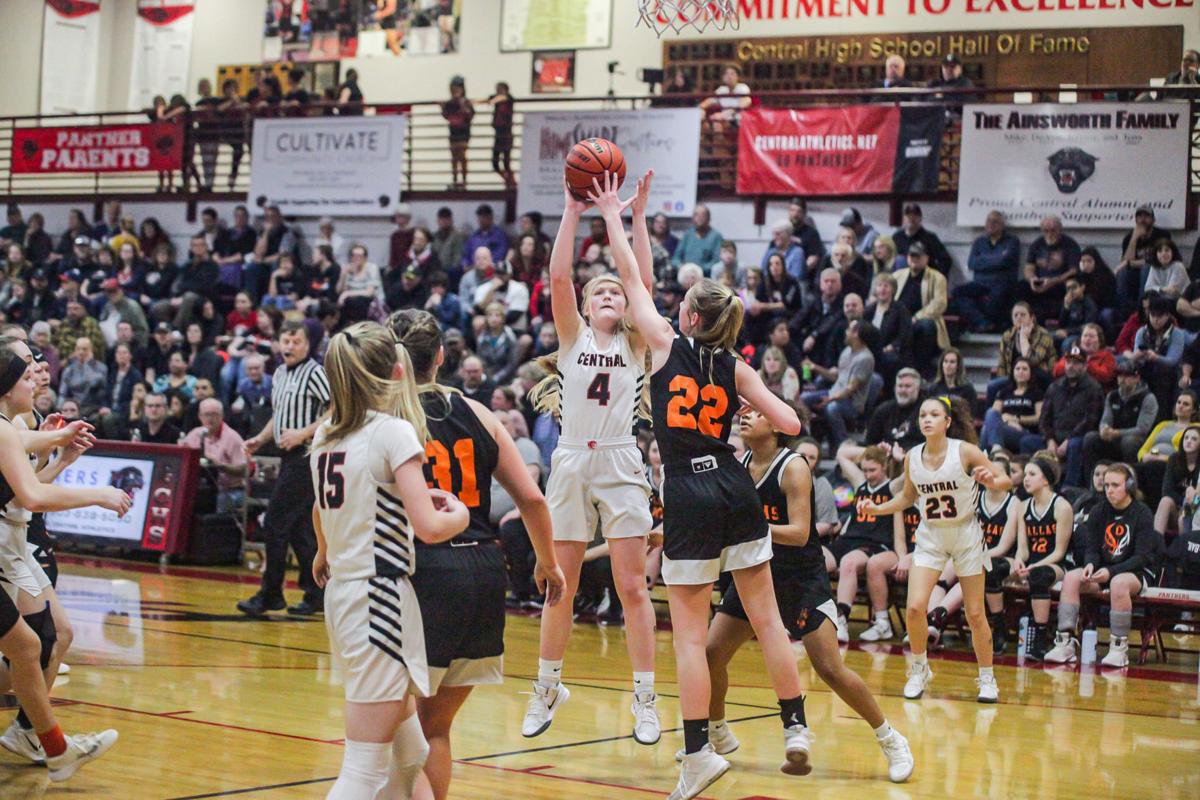 Meagan Mendazona breaks through the Dragon’s defense on Friday night.

INDEPENDENCE - The Central High School girls basketball team earned a 49-30 victory on Friday night against the Dallas Dragons to add a sixth game to its winning streak and claim the crown as victors in the Polk County Rivalry Championship.

Grabbing an early lead, the Panthers (9-7 overall, 6-2 Mid-Willamette Conference) went on an 11-point lead in the first quarter, and freshman Sadie Wendring made the crowd come alive when she tossed the ball into the bucket at half court right as the buzzer sounded.

Some defensive trouble cropped up in the fourth quarter, and the team’s level of energy wasn’t where head coach Marc Burlson wanted it to be.

“In the second half I felt as though our intensity level on defense was not to our expectations, which we will address in our next practice,” Burlson said. “We also tried to be a little more deliberate with our offense, and really work it for a better shot each time down the floor. However, it was still a good win for the program.”

But even with the drop in energy and being outscored by the Dragons in the final eight minutes of the game, the Panthers still came out on top.

This week marks the second round of league; Friday night, the team will travel to Silverton (14-2 overall, 8-0 MWC) to face the Foxes.

The first time the Panthers played Silverton, they lost 35-32, so they’re eager to battle the No. 1 team after a few weeks of polishing up and honing in on their skills. This game against Silverton is one that Kantola has had one her mind for a while.

“We wanted to think about Silverton, because that’s our next game, before we thought about Dallas,” she said, “But coach always said, ‘Put the next game ahead as the most important.’ So we took care of Dallas, we have four hard days of practice and we’re gonna tackle Silverton. I’m really excited.”