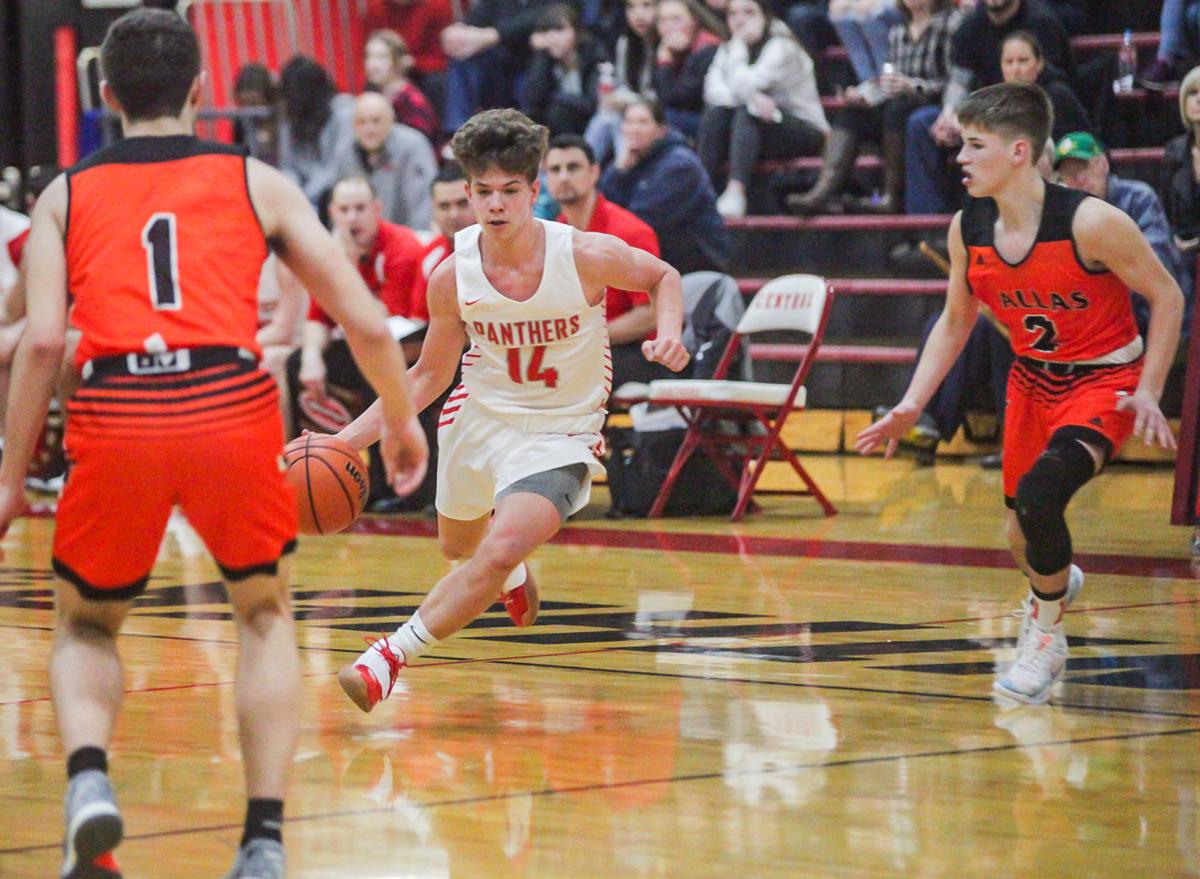 The Panthers boys basketball team clinched its third win of the season on Jan. 31 against the Dallas Dragons. 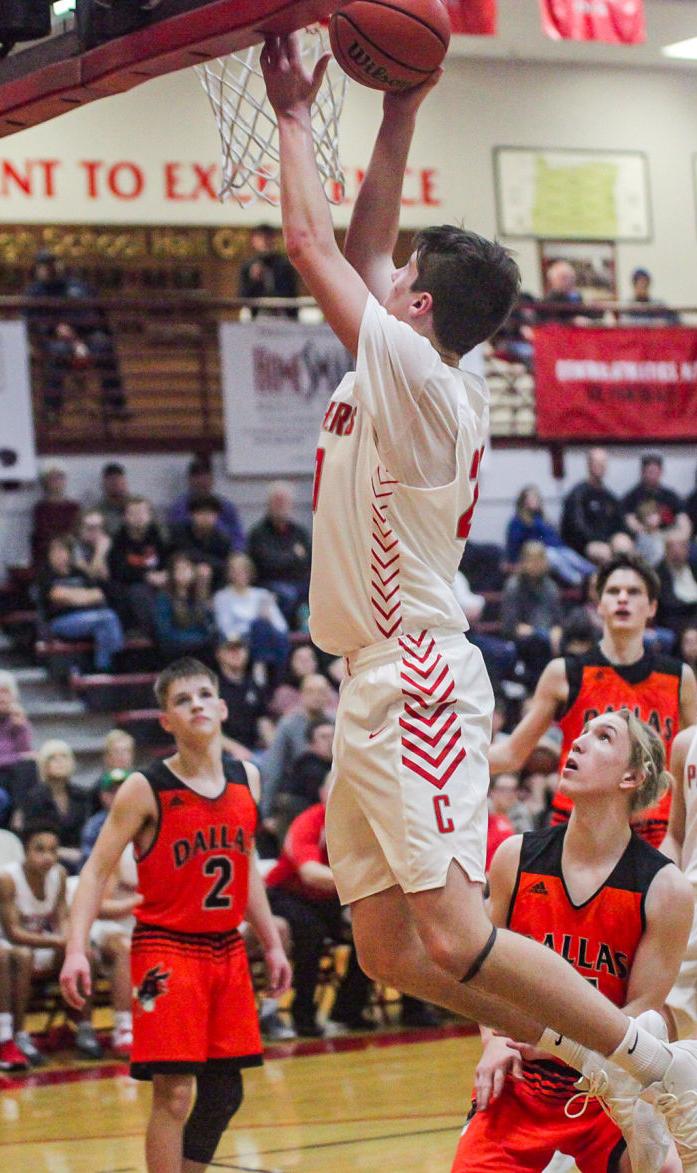 Brooks Ferguson tips the ball into the basket during Friday’s game.

The Panthers boys basketball team clinched its third win of the season on Jan. 31 against the Dallas Dragons.

Brooks Ferguson tips the ball into the basket during Friday’s game.

INDEPENDENCE — The Central High School boys basketball team had reason to celebrate on Friday night after it secured a 63-46 win against the Dallas Dragons for its third victory of the season.

Additionally, this was the highest-scoring game since the season opened for the Panthers (3-13 overall, 2-6 Mid-Willamette Conference) on Dec. 4.

It was a full house on Friday night; the stands were packed with cheering fans.

“Tonight was a huge confidence booster,” said sophomore Brooks Ferguson. “It feels really good to win; it was a full team effort out there tonight.”

Coming out of the locker rooms in the second half, the Panthers held the Dragons to a 10-point lead. In the third quarter, the Dragons (4-11, 1-7 MWC) came out firing a few shots, but after a brief timeout the Panthers got back on track defensively to take control of the game again.

“I’m really proud of the way they came out,” said head coach Tim Kreta. “They weathered the storm, they got a good lead, they were able to maintain it. They did their job defensively, they gave up a few more points than what we’re comfortable with, but I’m really proud of their execution down the stretch today.”

The team’s biggest struggle this season has been the lack of experience, but Kreta said the players are responding well to what the coaching staff brings them each practice.

“Jon Breyman did a fantastic job of leading the charge there tonight,” he said. “Adrian Barba has done a good job of responding to some of the coaching that we have given him and doing a good job of finding his niche, so I’m really proud of him.”

Now the team gets ready for its second round of league, starting with hosting Silverton (15-1, 8-0 MWC) at home on Friday night.

It’s going to be another couple weeks of facing tough competition with another shot at some victories.

“We are going to continue to do our thing,” Kreta said. “Call it cliche, but one game at a time. We have the top two games in league coming in. So we have the opportunity to show some teams up who are trying to look past us.

“The kids only have fight in them,” he said. “They fight in practice, not with each other, but for each other. So I’m optimistic. We’ll come out, we’ll execute and get things moving.”