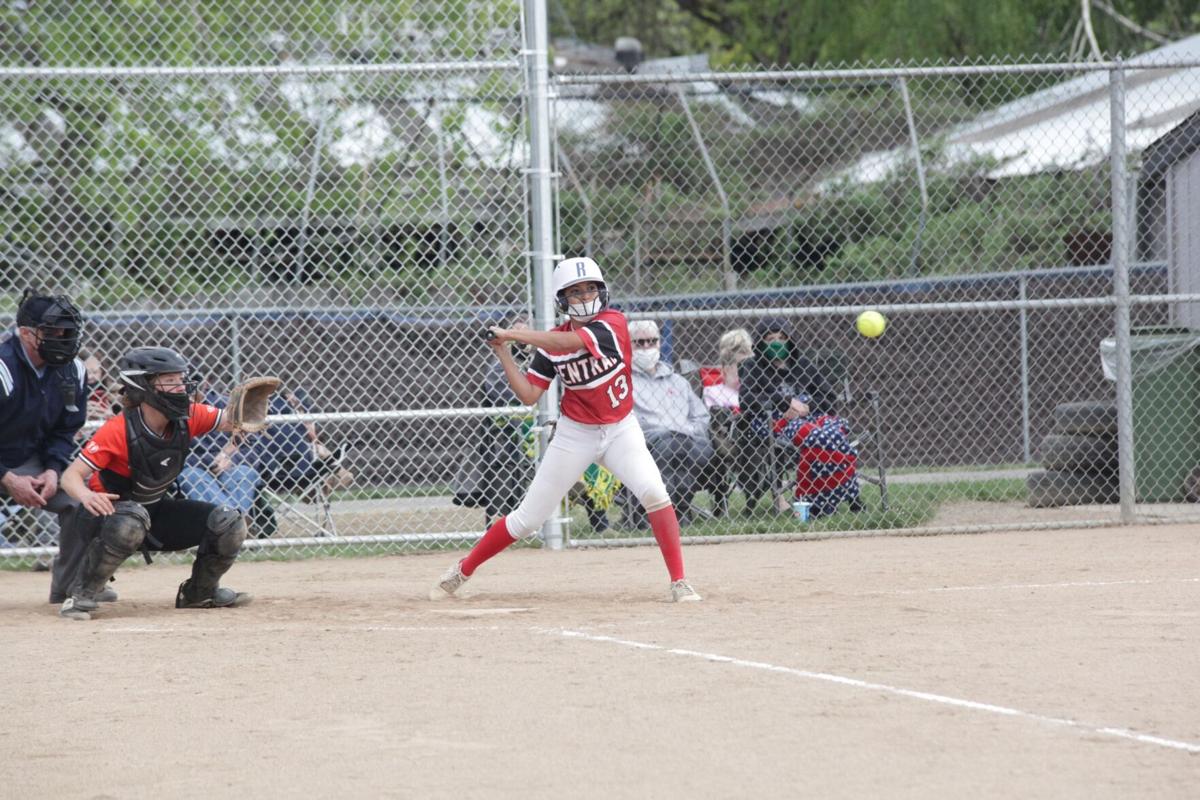 Panthers softball player Naturelle Perez takes a swing at the ball during Central’s victory over Sprague on Friday. 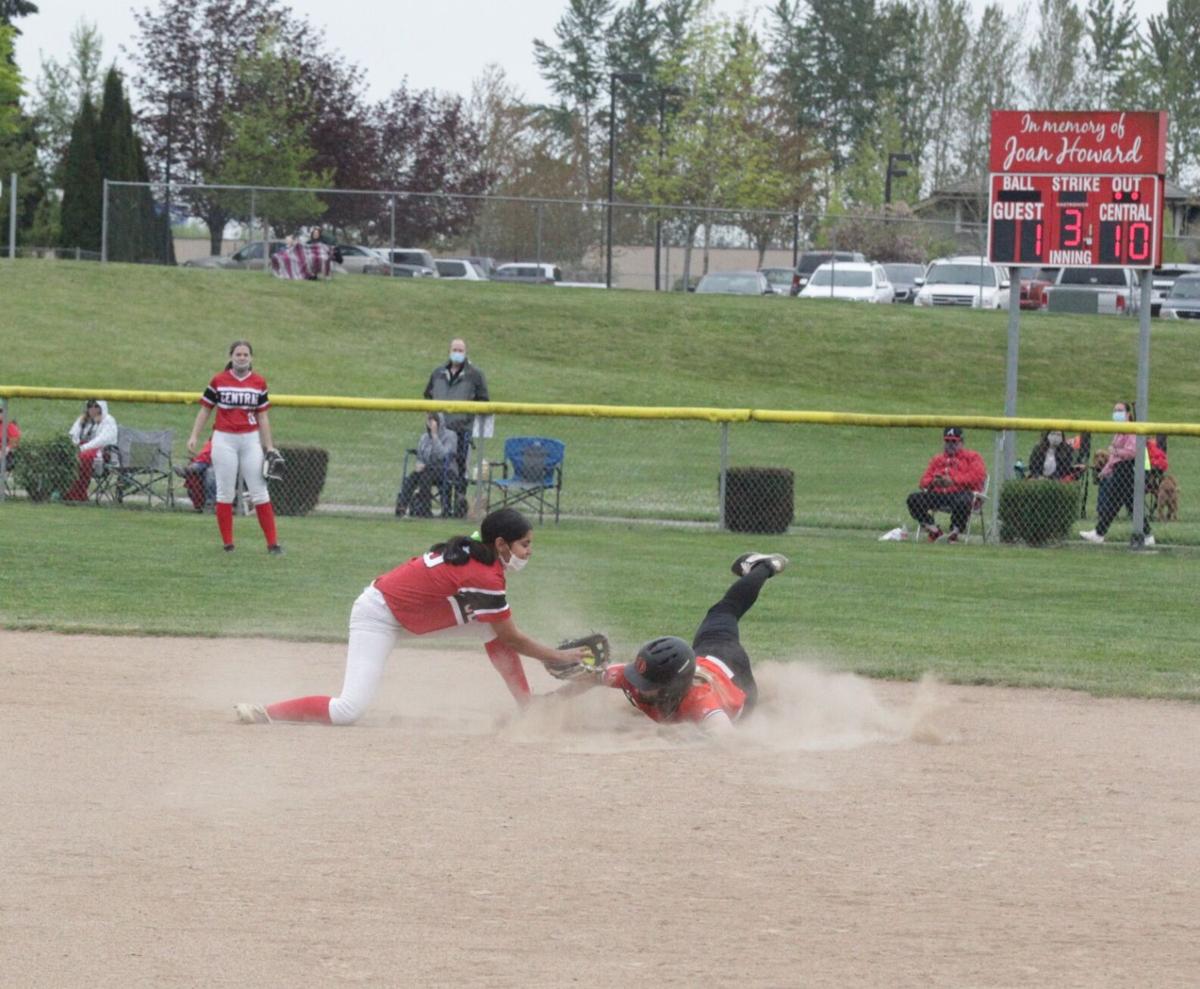 A Central player attempts to tag a Sprague Olympian out.

Panthers softball player Naturelle Perez takes a swing at the ball during Central’s victory over Sprague on Friday.

A Central player attempts to tag a Sprague Olympian out.

INDEPENDENCE — A 10-run inning set the tone for the Central High School Panthers (3-2, 2-2

“I feel like our intensity was there tonight,” said junior Peyton Foreman, who plays third base.

“We started off really well and so I think that kept going and we didn’t let down and that was awesome.”

The Olympians nabbed the first run with a one-run homer, and it was the only run the Panthers would allow.

The bottom of the second lasted at least 30 minutes and featured several stolen bases and 10 runs across home plate.

“It was a very good outing from us, and I think it was much needed for us to just build some confidence,” said head coach Amber McLean. “We made adjustments at the plate; the first round we struggled on her rise ball, but the second time through we made those adjustments and it was beneficial for us.”

Central would tally two more runs in the game, but it was all but decided at the end of the second inning.

“We got really good momentum going into next week; we have some tough games coming up,so this was good,” Perez said, who plays shortstop.

Emily Cole, a pitcher, is one of two seniors on the team.

“It feels good after a long break of not playing, to be out here,” she said. “I’m glad to be out here playing with my teammates.”

Her last season as a high school softball player is different than any before, but she’s focusing on the positives of being able to play this season.

“I’m still going to play like we have state [playoffs] and make every game count,” she said.

Foreman hit another double to open the bottom of the third and stole home to put run on the board.

The Panthers have a packed schedule this season, which lasts only four weeks, packing in ten more games until the season ends on May 14.

Monday, the team battled against South Salem. The Panthers lost a close game on the road. The final score was 9-8.

Today (Wednesday), they travel to McKay.

School's out for summer, but Huskers in for busy, compacted 'third quarter' of 2021