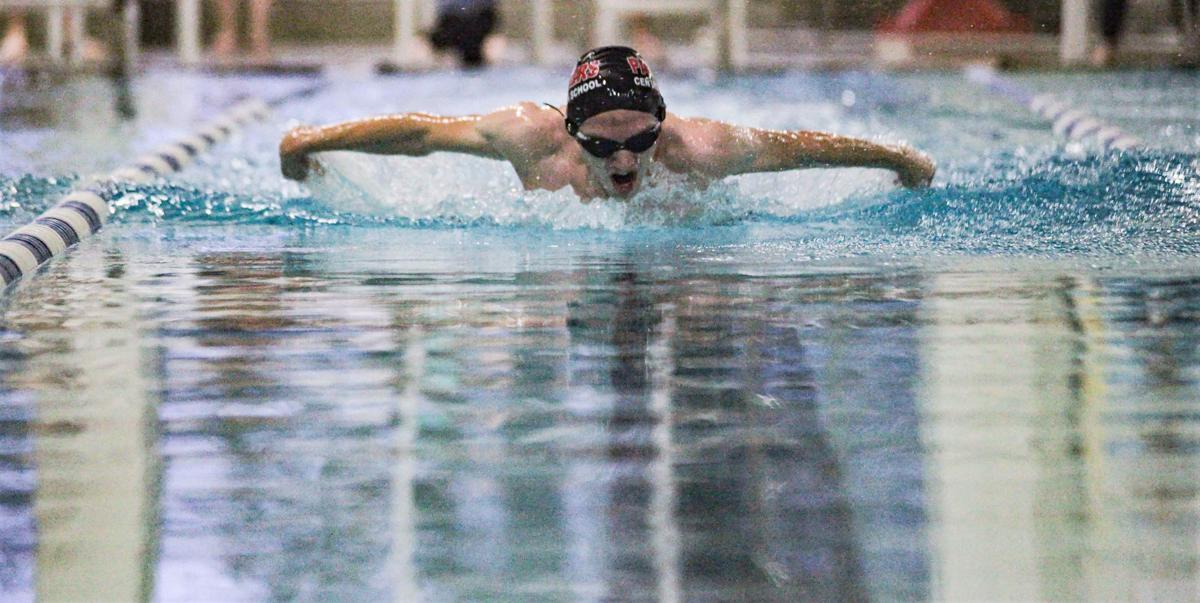 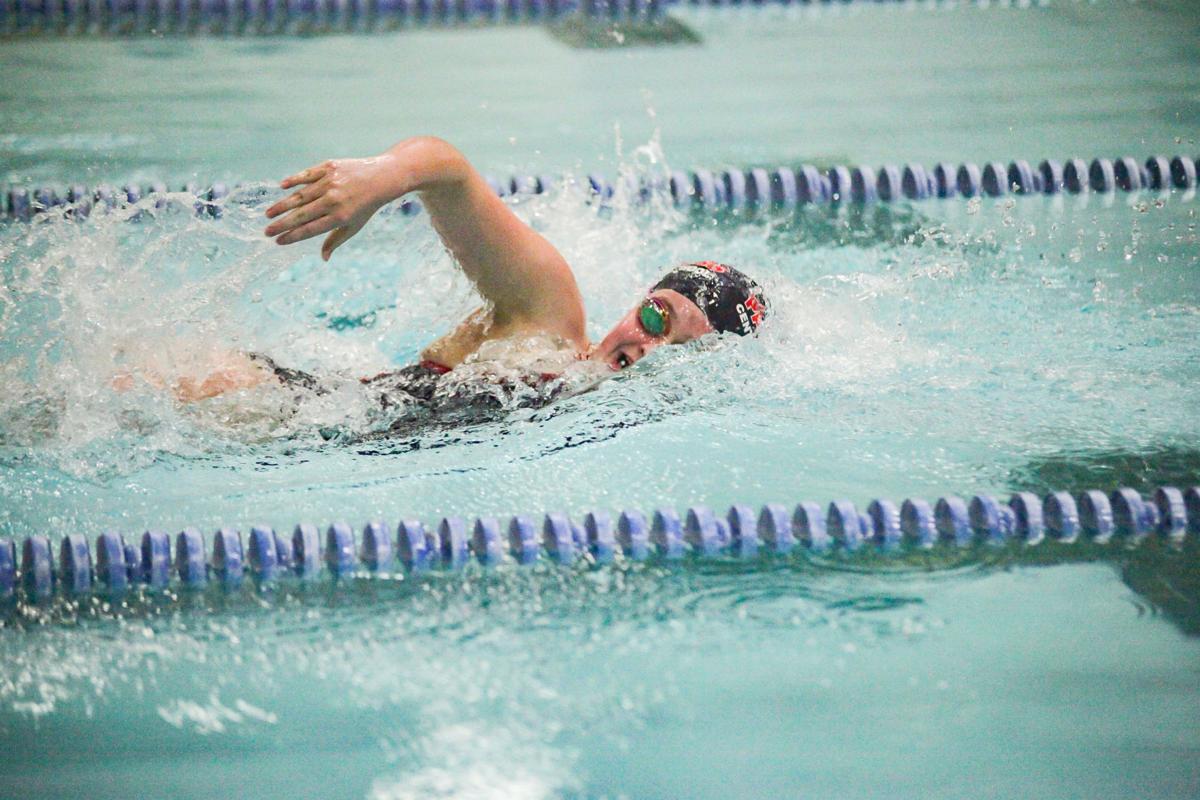 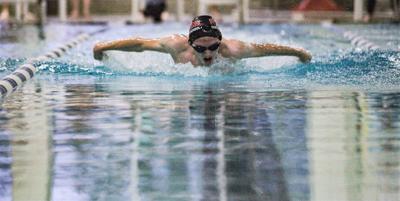 The freshman from Central High School took first place in all of her swimming events on Jan. 7 at the Dallas Aquatic Center, competing against swimmers from Dallas High School and North Salem High School, and helped lead the Panthers girls swim team to a second-place finish with 99 points.

Before the season began, Hagedorn was asked what she thinks the competition will be like from club swim compared to being on a high school team.

Her answer was: “I think it will be a little easier.”

She has three meets under her belt now, and when asked that question again, she smiled and said, “It’s about the same as I thought it was going to be — there are a few people who are the same speed as me on each team, and so I figure that will push me harder to go faster.”

Just a month into the season, and Hagedorn is already marking herself as a crucial part of the Panthers’ girls team.

“Taylor Hagedorn, as a freshman and freestyle specialist, will most likely be our top-scorer for the women’s team this year,” said head coach Jesse Genualdi.

She was also the third leg in the women’s 200-yard medley relay, along with junior Madeline Altenburg, senior Olivia Cooper and senior Lynze Bradley; the team took a first-place finish in 2:09.87.

On the boys side, senior David Glade was the team’s top scorer, clinching first place in the 500 free, clocking a 5:56.44. He helped the boys team take first in the 200 freestyle relay with an overall time of 1:53.20, aided by senior Sean Stephenson, Junior Clayton Amerman and junior Nathaniel Thompson. In the 100 breaststroke, Glade finished on top again, swimming to a first-place finish in 1:11.90 for a personal record. For his final event of the night, Glade partook in the 400 freestyle relay, along with Stephenson, Amerman and Thomspon; the quartet nabbed first place in 4:15.54.

Glade said he’s been a little slower than he’d like to be since the season began in early December.

“I haven’t gotten to my old times yet, but since I didn’t swim offseason that’s to be expected, but I plan on catching up to where I was and improve from there,” he said.

All of his events, starting with the 500 free, are consecutive.

How does he have the energy to swim all of those events, one right after the other?

He relies on his team to get him through the meet.

“It’s just my surroundings that get me hyped up; before the race I’m not really feeling it, but during the race and after I’m feeling it, and ready for the next one.”

“We didn’t perform as well as we would have liked to, with taking time off for the holidays, but had many close-to-personal best times, so that is something that we were happy walking away with,” said head coach Jesse Genualdi. “We expected to have fun and swim the best we could and that the outcome would determine itself. We knew North Salem was going to be a tough rival to beat with their numbers, but made them work for the win (on the girls side).”

The Panthers traveled to Lebanon on Tuesday after press time.

2020 Bears vision: Need is dire to get far greater contributions from TE corps