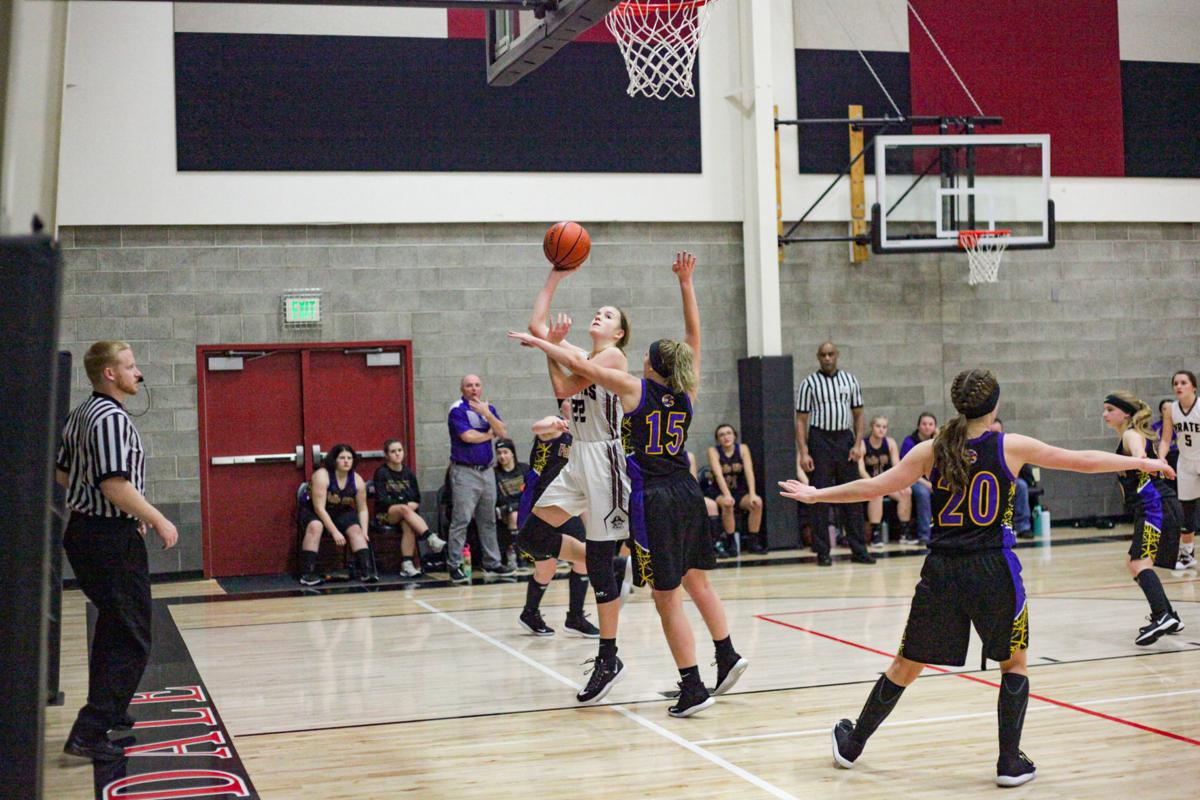 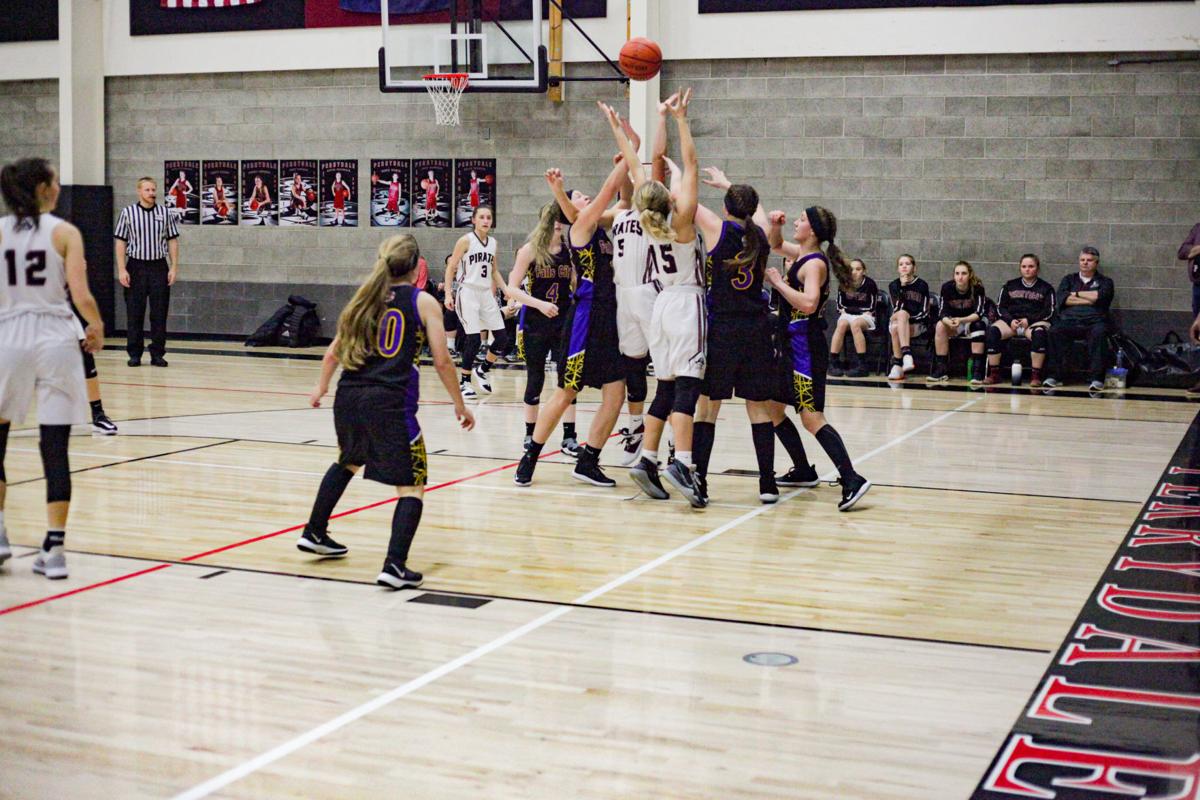 This game marks the team’s eighth win in a row, with an overall 12-2 record and 4-1 Casco League record.

“I don’t think most teams know how to handle what we bring to the court,” Newton said. Especially now that the team has some size to it: senior Kaylee Rosenbalm is 6 feet tall, and towers above not just the rest of her team, but many of the other teams in league as well.

“All of a sudden we have a 6-foot player out there and the ball comes a lot more live for us,” Newton said.

By the end of the first quarter of Thursday’s game, the Pirates were up 17-1; the Mountaineers (5-7 overall, 1-3 Casco) nabbed their lone point from a penalty throw.

“I think the game went really well,” said senior Amity Deters. “We played Crosshill Christian a couple nights ago and we didn’t come out very strong (winning 40-13), so that was disappointing, but I think this game we came out really strong and that’s a big relief.”

She said coming out strong is something the team struggles with consistency — and since the competition throughout the year stays fairly consistent, that can lead to complacency.

“Because then we don’t come out as strong, because we think it’s going to be easy and then it’s not easy,” Deters said with a chuckle.

The Pirates traveled to Livingstone Adventist Academy after press time on Tuesday.

Get to know the Wisconsin Badgers' 2020 basketball scholarship recruits