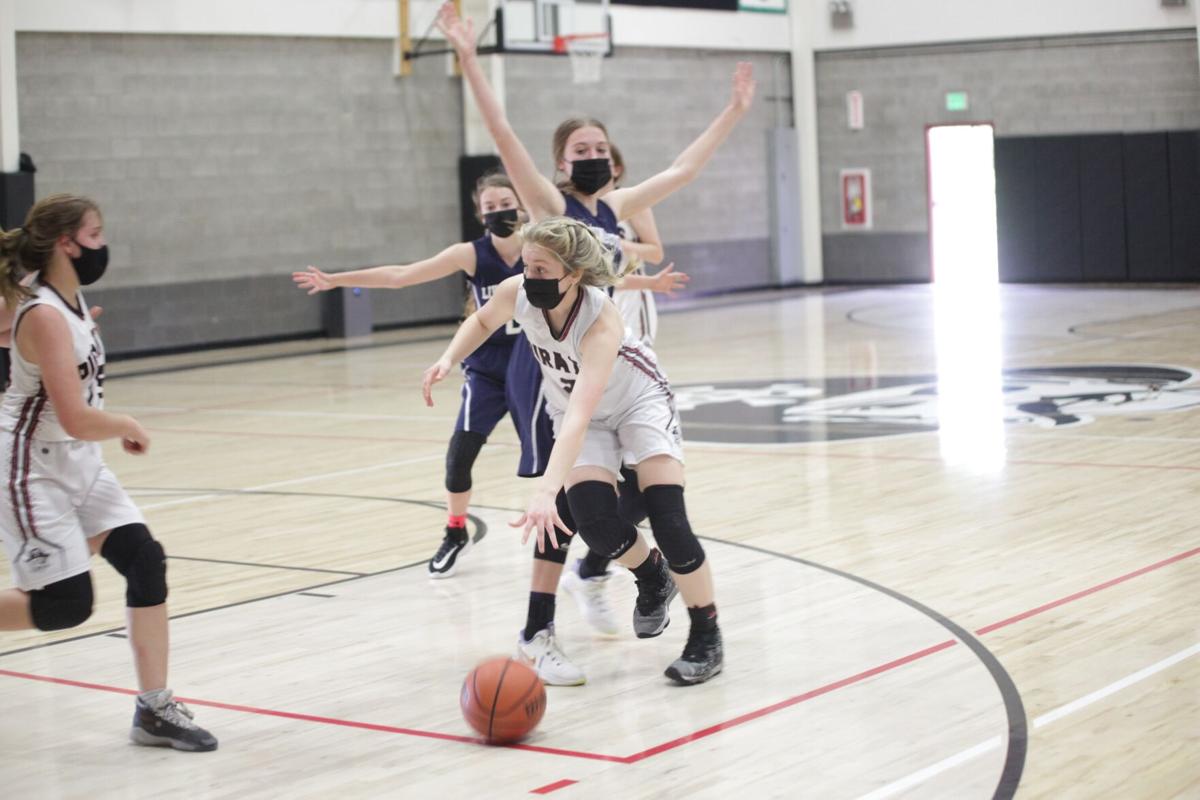 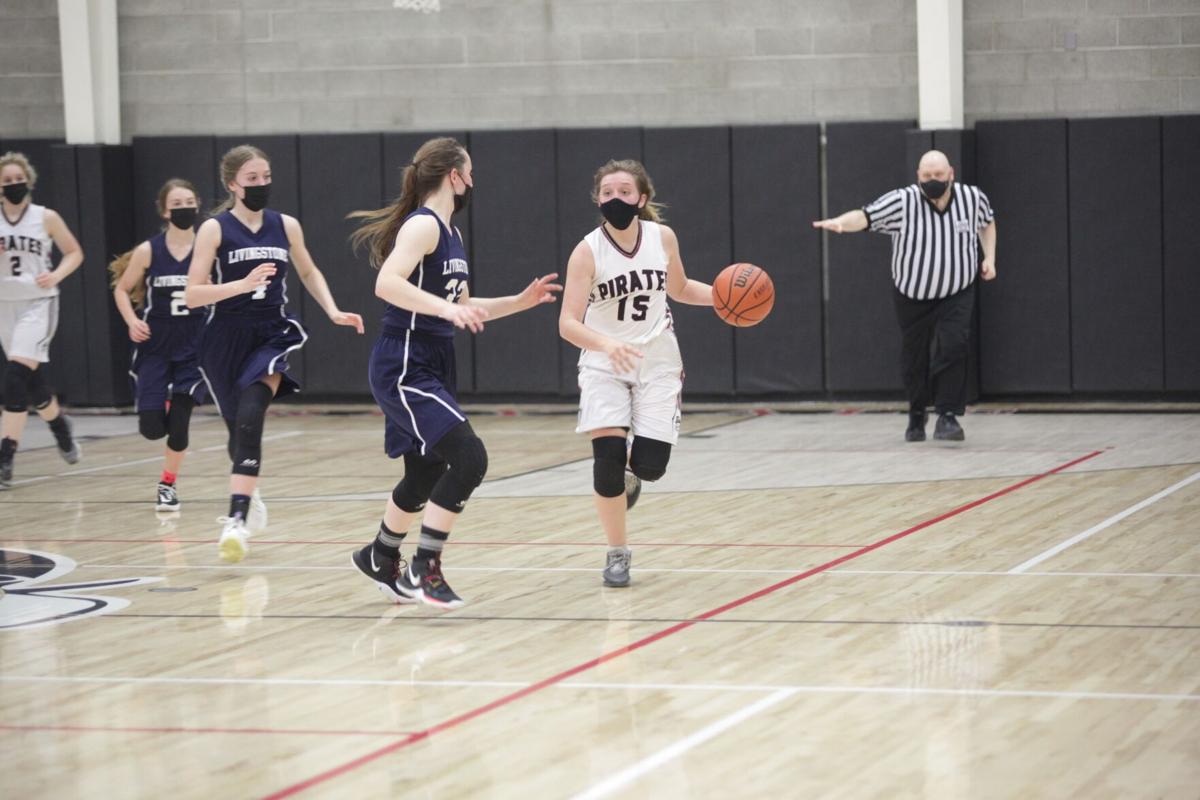 PERRYDALE — The Perrydale High School Pirates girls basketball team looked glum after the 46-19 loss against the Livingstone Adventist Academy Lions on May 26.

This loss broke a five-year winning streak against the Lions, and the loss was felt like a ripple across all the players.

“We are a different team this year,” said head coach Terry Newton. “We had four of our six returning players not turn out, and we’re playing two or three girls who have never played basketball before.”

The team struggled to stay consistent on offense, and couldn’t match the energy of the Lions, which created moments of rushed defensive plays and missed shots. By halftime, the Pirates were down 25-16, and the margin continued to grow as the game carried on.

Five seniors graduated last season, and the team looks fresh-faced and new this year. Newton is realistic about what to expect.

“We had some good moments out there,” he said. “And they’ll adjust to it, they’ll get better. The kids are still learning.”

Dakota Lawrence carries the team, being the only senior. Elana Porter, the lone junior, helps to carry that token of leadership.

Lawrence looked crushed after the game.

“It’s just a lot different having the team be filled with freshmen,” she said. “Most of the girls haven’t played basketball before, so it’s hard to rein in, because I’m expected to know everything, but they can’t know it all, and that’s not on them, it’s just all a learning process.”

Since her sophomore year, Lawrence has been part of a winning team, each year going well into the postseason.

With no postseason to work for this year, Lawrence wants to help the team have a better shot next year.

Today (June 2), the Pirates face the Lions again, this time in Lion territory. Tipoff is scheduled for 5:30 p.m.

If you're interested in Nebraska's OC search, it's a good idea to watch football this weekend

No. 2 Michigan routs No. 15 Iowa in Big Ten Championship Game