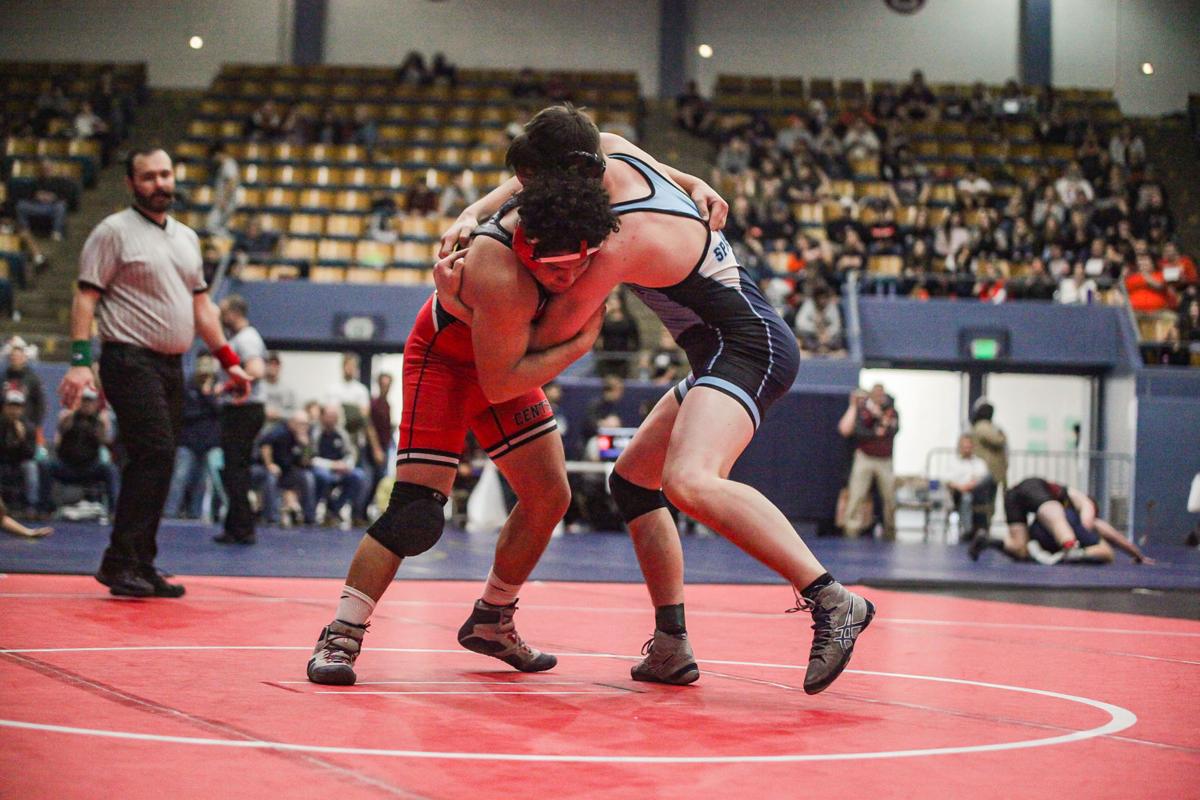 Gabe Cervantes took third place at the MWC championships last weekend. He will head to the state tournament this weekend. 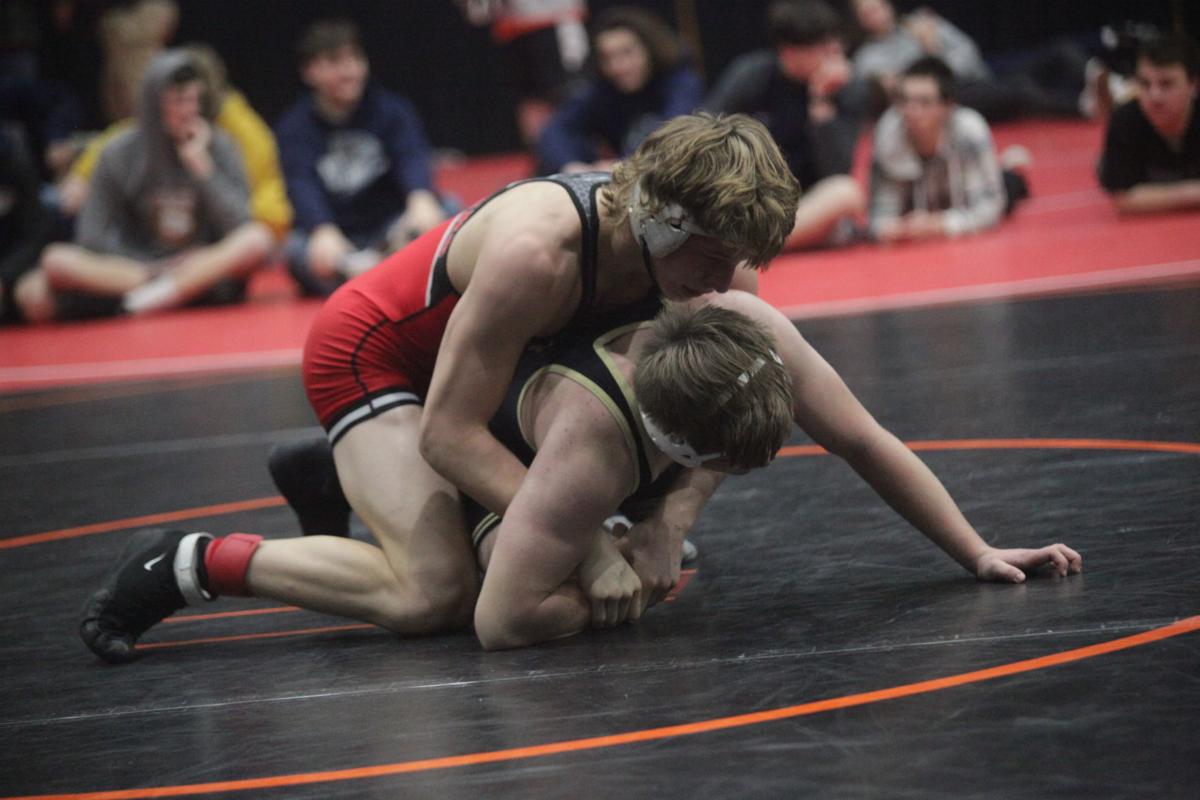 Brock Pierce placed third at the MWC districts, and will head to the state tournament this weekend.

Gabe Cervantes took third place at the MWC championships last weekend. He will head to the state tournament this weekend.

Brock Pierce placed third at the MWC districts, and will head to the state tournament this weekend.

SALEM — Six Central High School wrestlers will go to the Oregon State Athletics Association 5A state wrestling tournament Friday and Saturday after placing in the top four at the two-day Mid-Willamette Conference wrestling districts Feb. 21-22 at the Salem Armory.

Senior Gabe Cervantes, senior Ty Pearson, junior Brock Pierce and junior Miguel Sandoval are among the six who are headed to state.

Senior Gabe Padilla and freshman Ethan Dunigan made it the championship round Saturday night, and each took second place in the 220- and 138-pound brackets, respectively.

This will be Cervantes’ first time going to state — capping his senior wrestling season with a trip to the Memorial Coliseum in Portland.

He went 2-0 on Friday, and headed into the semifinals with a good mindset.

“I came prepared, and wrestled my hardest,” Cervantes said.

Saturday took a turn that he didn’t see coming.

“I got disqualified in my first match of the day,” he said. “I slammed a guy down and didn’t put my knee out, so, I got disqualified, so that kind of hurt, knowing I could have beat that guy and made it into the finals, but something I learned going with me into state, and I took third, so, first time ever going to state, so I’m happy about that.”

Pearson will head into state ranked fourth at 132 pounds.

“My first opponent forfeited, and then my second match, I wrestled a guy that I hadn’t beat before,” Pearson said. “And he’s beat me a few times, and I pinned him in the second round, so that got me really excited.”

He wasn’t thrilled with how Saturday’s matches went.

“I lost against the first seed, and went into the consolation match, lost that, so I got fourth. But I’m still going to state. So that’s pretty good — it’s my senior year.”

There were some disappointments throughout the meet, said head coach Arnold Garcia, but he said he’s very happy with how the wrestlers did.

“We have one more going than we thought,” he said. “All did a great job.”

NFL draft will be in ‘fully virtual format,’ leaving Packers GM Brian Gutekunst and staff to work from home