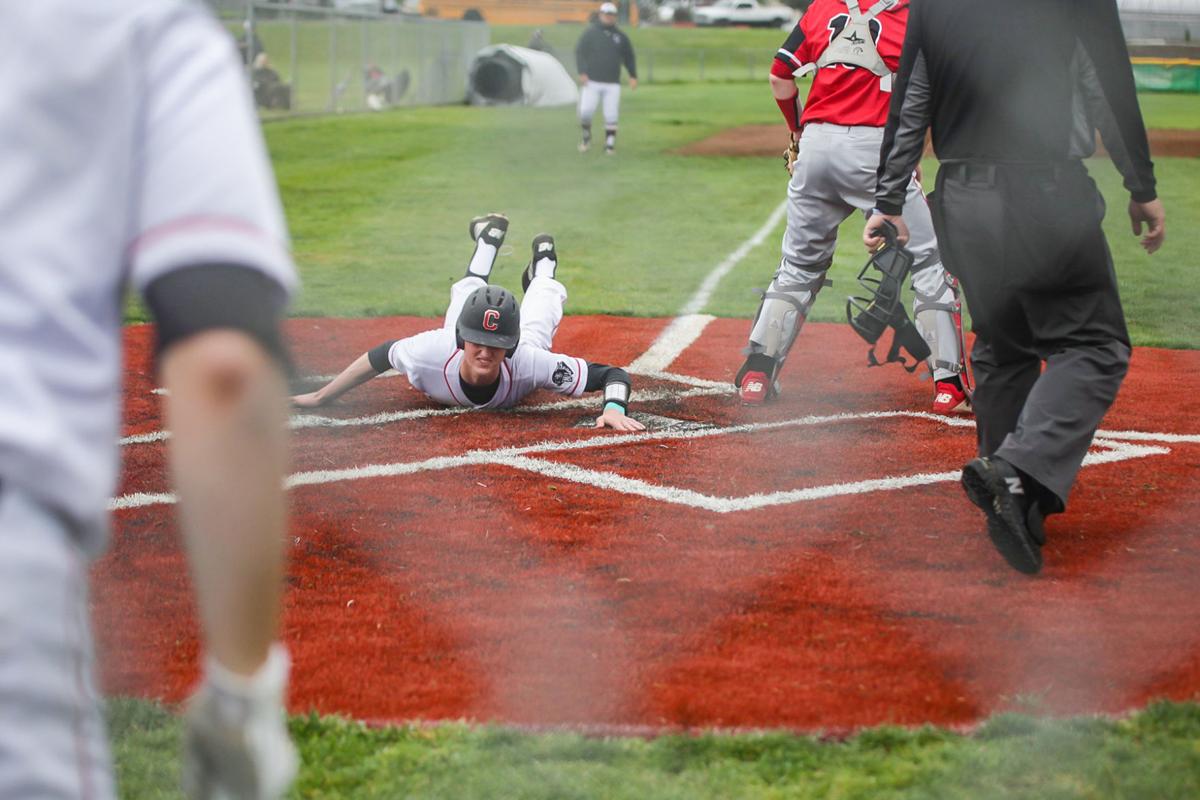 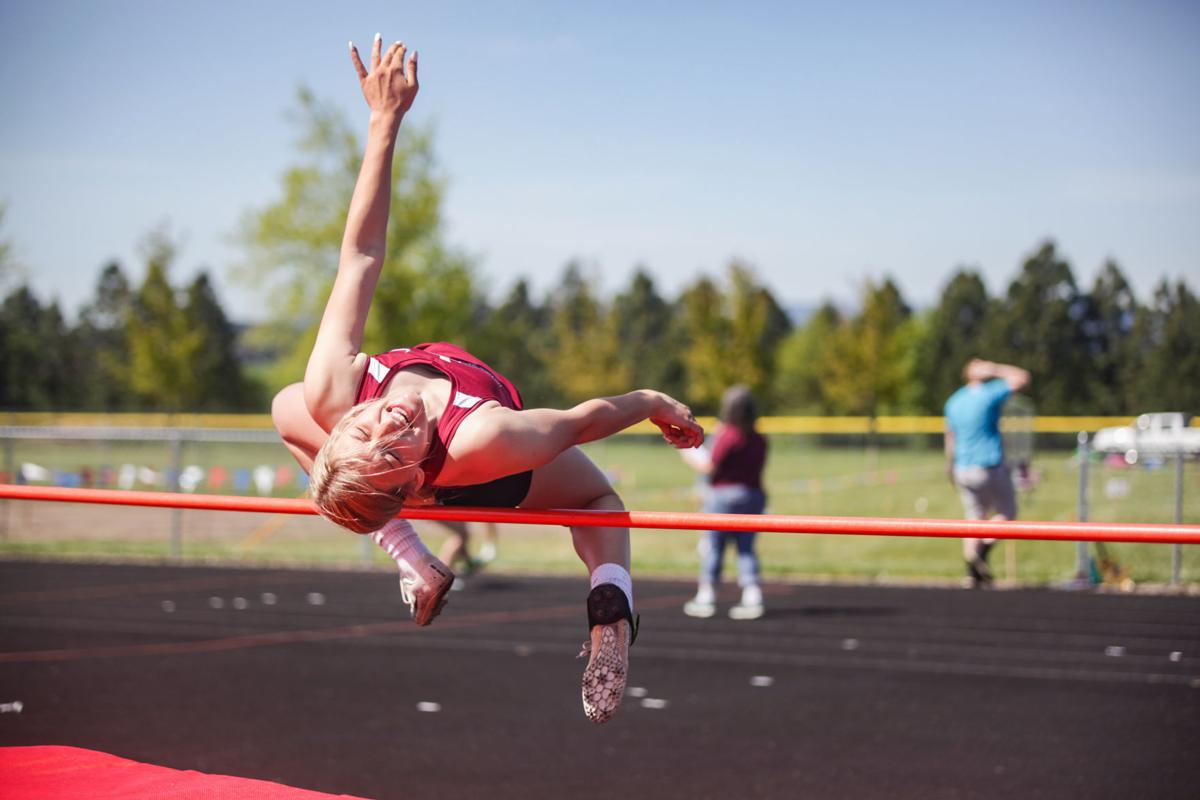 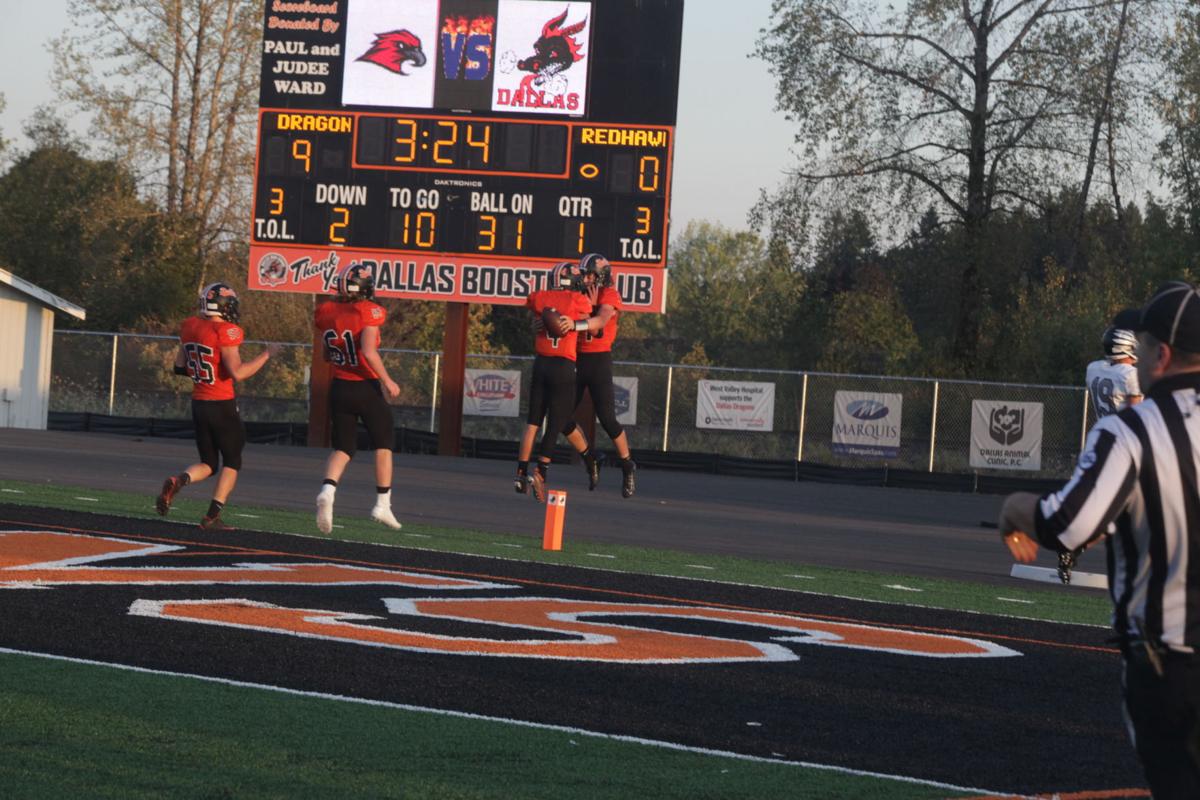 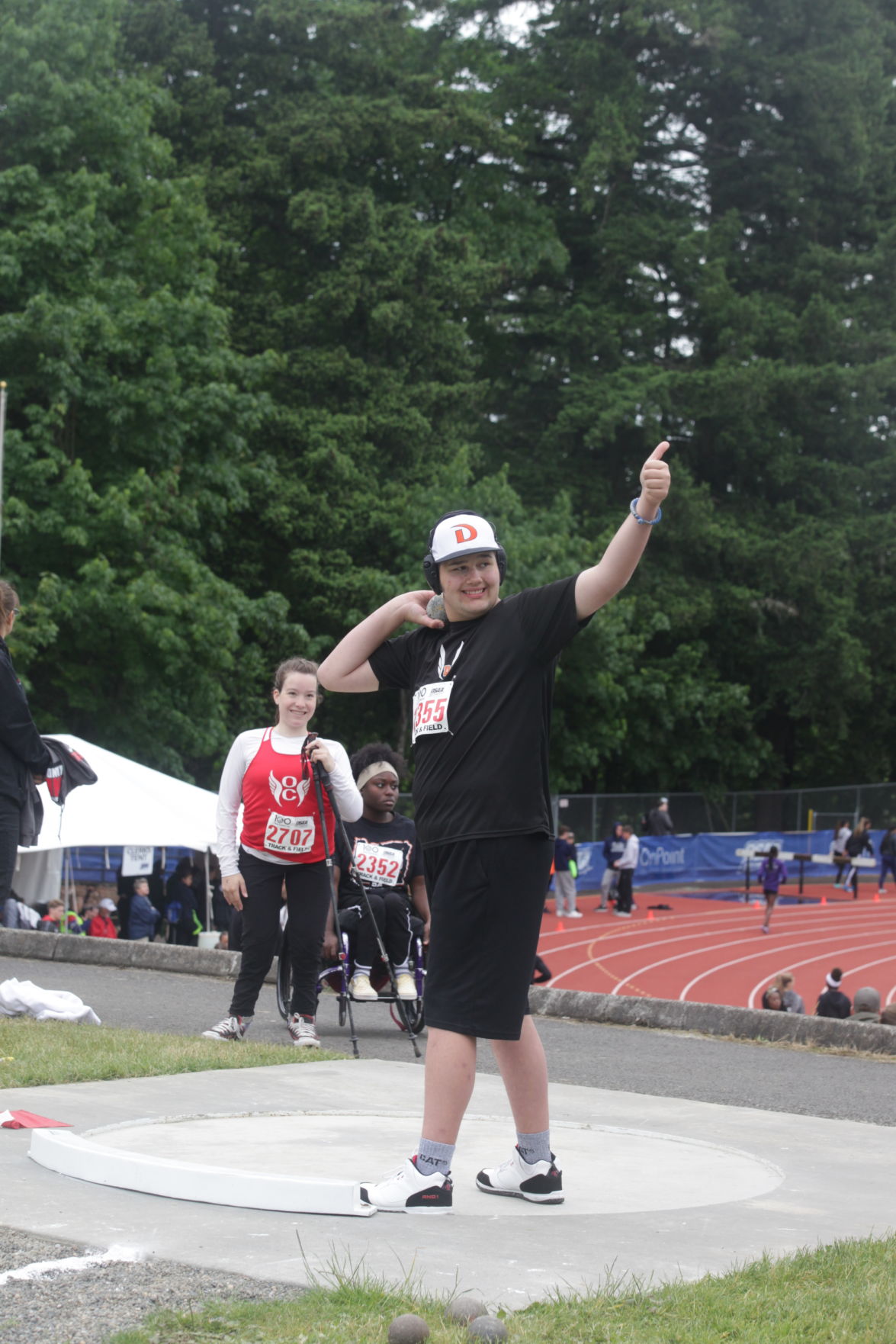 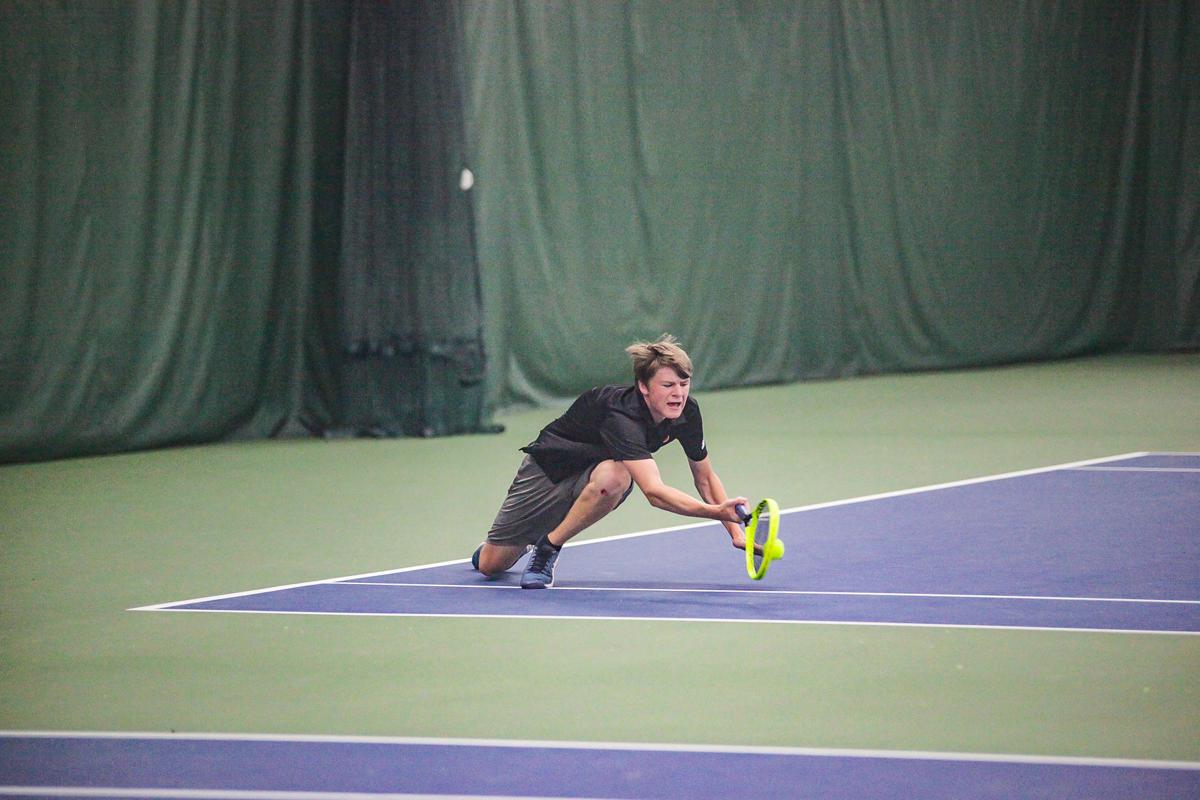 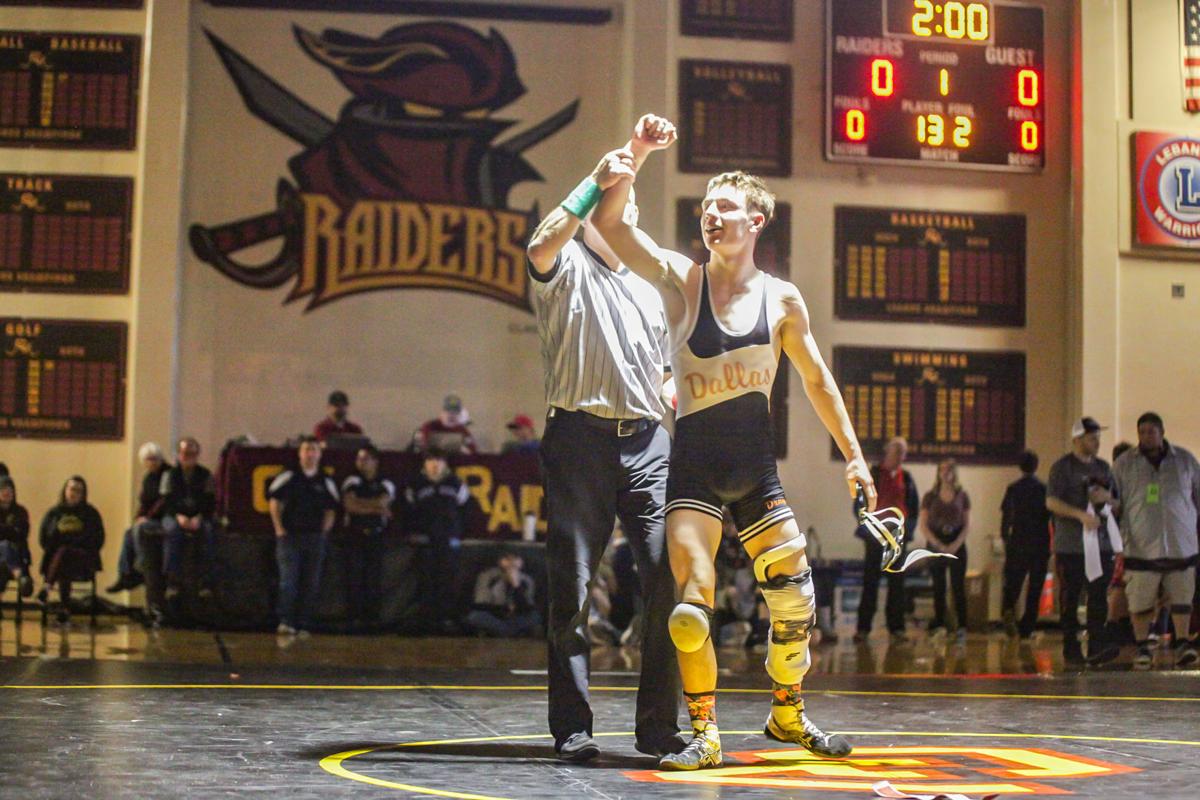 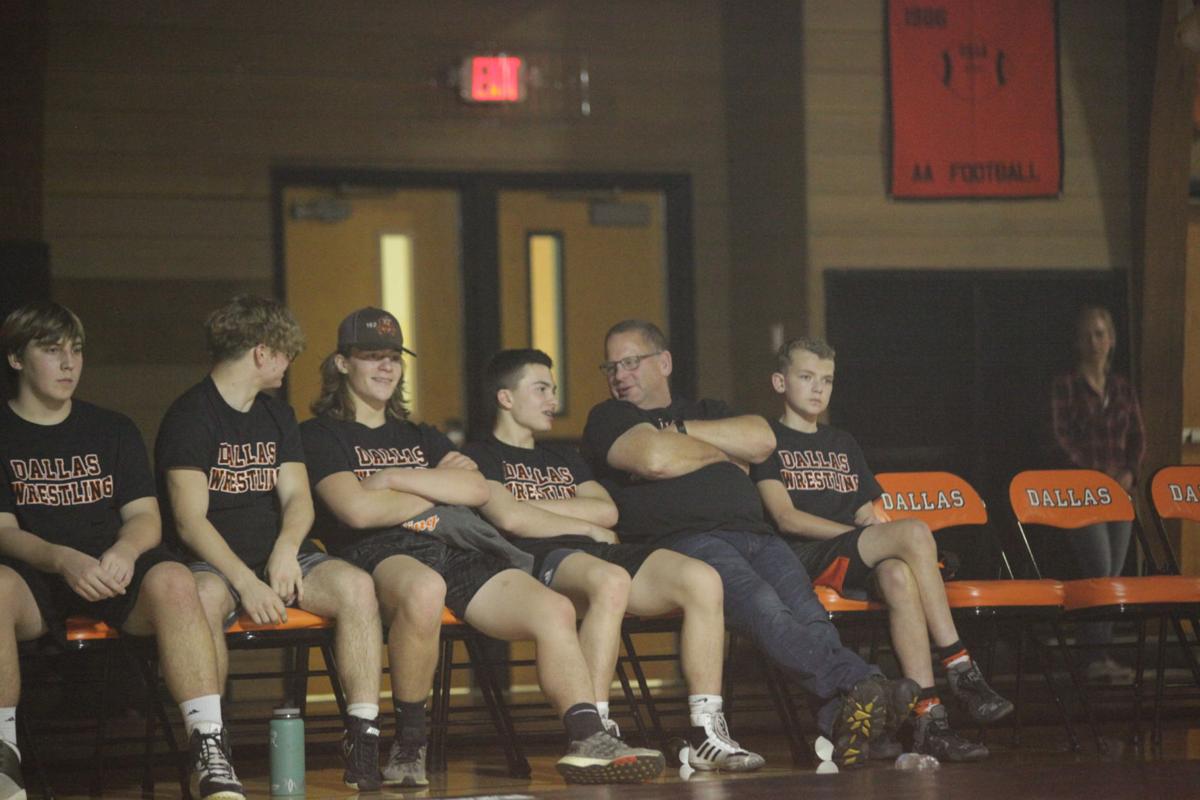 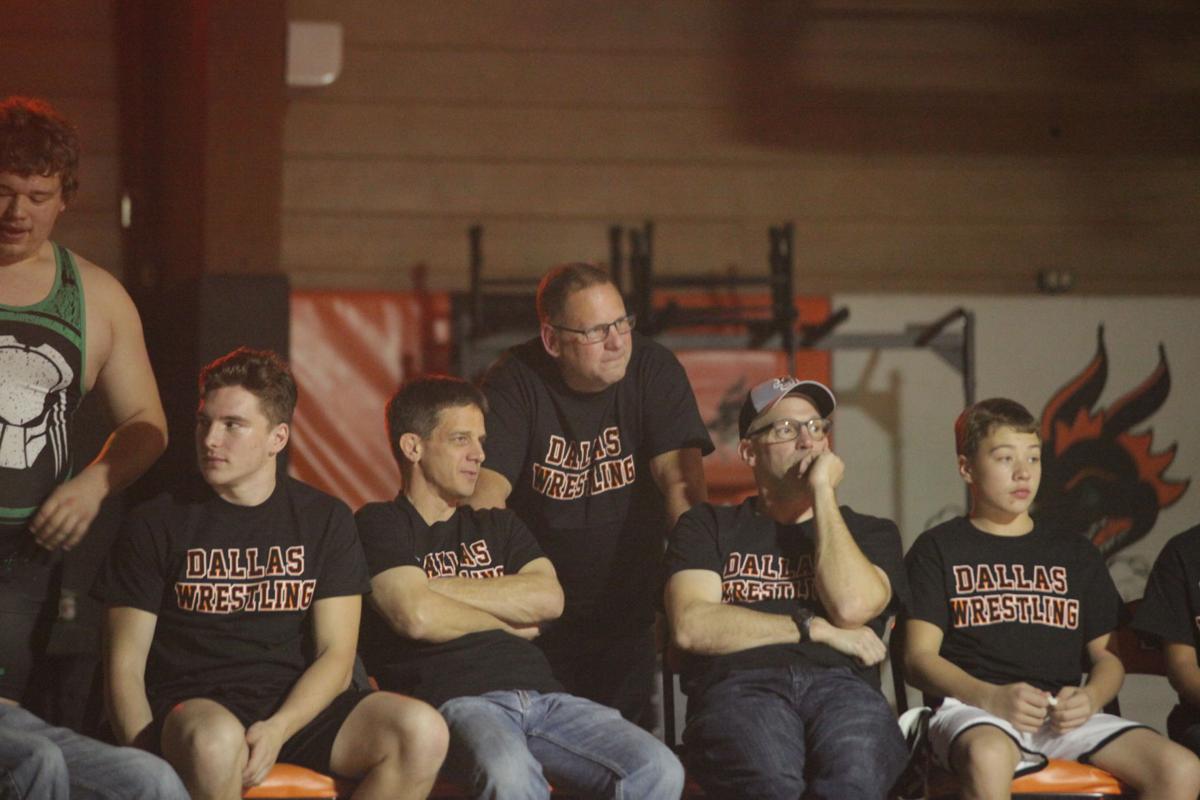 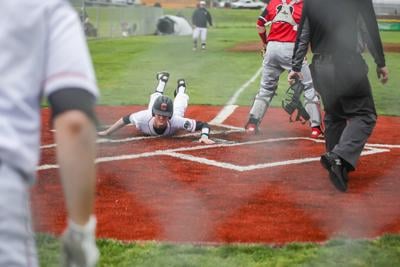 Perrydale gets a glimpse of Germany, Norway

For the 2018-19 school year at Perrydale School was home to two foreign exchange students – Sophie Junghans, from Germany, and Salome Rossevold, from Norway. Both girls participated in Perrydale’s basketball and track and field programs, having never done either sport before, with Junghans making it through to the track and field 1A state championships.

This was the first time the girls had visited America; besides playing sports and making a home at Perrydale for the year, the girls traveled to Hawaii, went camping, visited eastern Oregon and went surfing.

The Dragons took third place at the state wrestling tournament Feb. 22-23 at the Memorial Coliseum in Portland, trailing behind Crook County and Crescent Valley.

Head coach Tony Olliff was awarded with Coach of the Year award for the second year in a row.

In March, Julie McDonald announced she was stepping down as the Central High School girls varsity basketball coach after 11 years of being in the position.

“I have a lot of people ask me why, and they want some big, grand juicy answer, and I don’t have one,” McDonald said. “I have a pretty simple one of, I was ready to be done.”

Making the decision to step down wasn’t easy for McDonald.

“I still feel like I need to look after the girls and I want the best for them,” she said.

The kids are what kept her coming back year after year.

“You know, you come to practice on Monday and, (they say) ‘coach I missed you this weekend,’ and it’s like, really, I’ve been yelling at you all last week and, really,” she said, laughing.

The position is now filled by Marc Burleson.

After a total of 23 years as head varsity football coach at Central High School, Shane Hedrick stepped down in April 2019.

Hedrick has been a long-time Monmouth/Independence community member, graduating from CHS in 1982 and then making his way onto the coaching staff there in 1995. Along the way, he had a stop at Western Oregon University, where he was a coach for the Wolves football team.

In his career, Hedrick coached players who would eventually play for the NFL, including Jeff Charleston and Jordan Pratt.

“It’s been a very good ride to go through Central High School and be the football coach of the school and lead this community in the direction we’ve led it,” Hedrick said. “It’s been a lot of fun and very rewarding.”

Holstad steps off the mat

In early April 2019, Van Holstad made the choice to step down as the Central High School varsity wrestling coach.

He had been the face of the program for 21 years.

You’ll probably still see him on the wrestling mat — this time donned in black and white stripes.

“I know I’m probably going to do some officiating, because I want to still stay in the game, I love wrestling,” he said. “I’ve done it for most of my life, and so, it’s one of those things where I’m going leave the game entirely, and I’m not going to leave Central either. I’m always going to be a Panther. So, I’ll be there to support and help out as much as I can. I’m excited to see what a new leader is going to do and where they take the program.”

The first track and field meet, hosted by Perrydale on May 4, 2019, was home to 10 other teams, including Falls City. Perrydale took home first-place honors, for both the boys and the girls teams.

During that meet, then-junior Amity Deters set a personal record in the long jump by nearly a foot.

Senior Dustin Silver and then-junior Josh Crawford both tied for first place in the high jump.

For the first time since 1958, the Central Panthers baseball team became the 5A Oregon State Athletics Association state champions, capturing the title over the Pendleton Buckaroos by winning 11-4 at Keizer Stadium on June 1.

The Panthers overall season record was 25-4 and 25-2 for the Mid-Willamette Conference league.

Going into the game, the Panthers pulled out nine runs on 11 hits, establishing their lead early on to secure that victory, which capped the team’s 15-game winning streak that began in late April.

This title was the first won since the Panthers entered the 5A league.

He brings to the role an array of knowledge of the game, having played through high school, and takes from his experiences as head coach of the girls tennis team.

His philosophy is about creating a program that the team can buy into it. Once that is established, he said, the rest kind of falls into place.

The non-league basketball season opened on Dec. 4, with league officially starting on Jan. 7.

A Central Youth Sports baseball team came together and raised $230 to buy a new bike for a teammate who had his stolen in the final week of school. The team, raising the money in secret, went around neighborhoods in Independence collecting cans.

Asher Baker was presented with the bike on June 19 after practice.

The Post 20 American Legion Dirtbags summer baseball team lost 3-2 against the Eugene Challengers on July 31 at Kiger Stadium in Klamath Falls in an eight-inning game, to knock the team out of contention for the state championship title.

The Dirtbags walked out of the tournament with three games won, two lost: 4-2 over the Willamette Titans, 7-2 over Beaverton, and 6-2 over the Medford Mustangs, and two 3-2 defeats against the Challengers.

The Dirtbags finished the season with a 28-8-2 overall record.

Number of Officials continuing to decline

There are several factors as to why the number of sports officials is declining: officials quitting because they no longer have the time; no new officials stepping up to take the place of the veterans; and quitting because of the abuse experienced by coaches, players and parents/fans.

There isn’t a clear-cut solution as to what can be done to solve this country-wide epidemic, but encouraging young people to step up to take the place of the veterans who are quitting, as well as educating parents and coaches on sportsmanship is a step in the right direction.

The Mountaineers nabbed a 44-38 victory against the Waldport Irish on Sept. 27 in a game that went into triple overtime — the first time the Mountaineers had ever experienced such a game.

Senior Ty Currie, quarterback for the Western Oregon University Wolves football team, secured two GNAC player of the week honors in a four-week period for his performance on the field. At the time, the Wolves were 3-2 overall and 3-0 for GNAC, a position the team hadn’t been in since 2011.

The Dragons football team clinched a 56-17 victory over the Central Panthers, winning the Polk County rivalry for the first time in six years.

For the season, the Dragons went 6-3, and lost in the first round of 5A playoffs against Ashland.

The Dragons boys cross-country team took a second-place finish for the meet, and were able to compete as a team at the state cross-country championship meet.

The Perrydale Pirates football team fell by a touchdown, 22-14, against Dufur, in the first round of playoffs.

It was the first time since 2015 that the Pirates made it through to playoffs.

The Itemizer-Observer sat down with Perrydale’s head coach Steve Mabry and talked about his battle with cancer as he led his team to the state playoffs for the first time in four years.

Decoldest Crawford on radio: Husker receivers coach Joseph 'is going to keep it real with you'