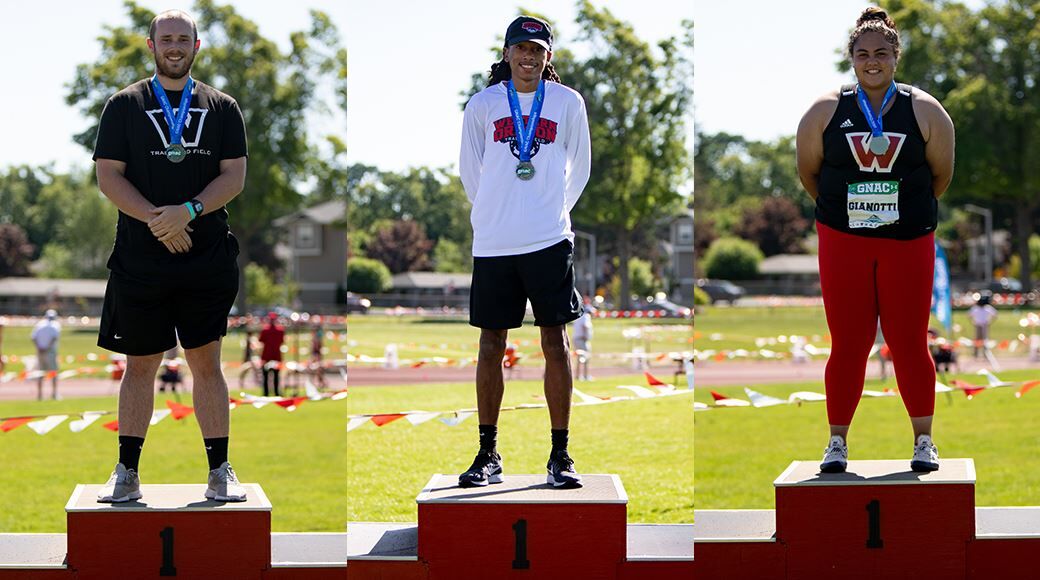 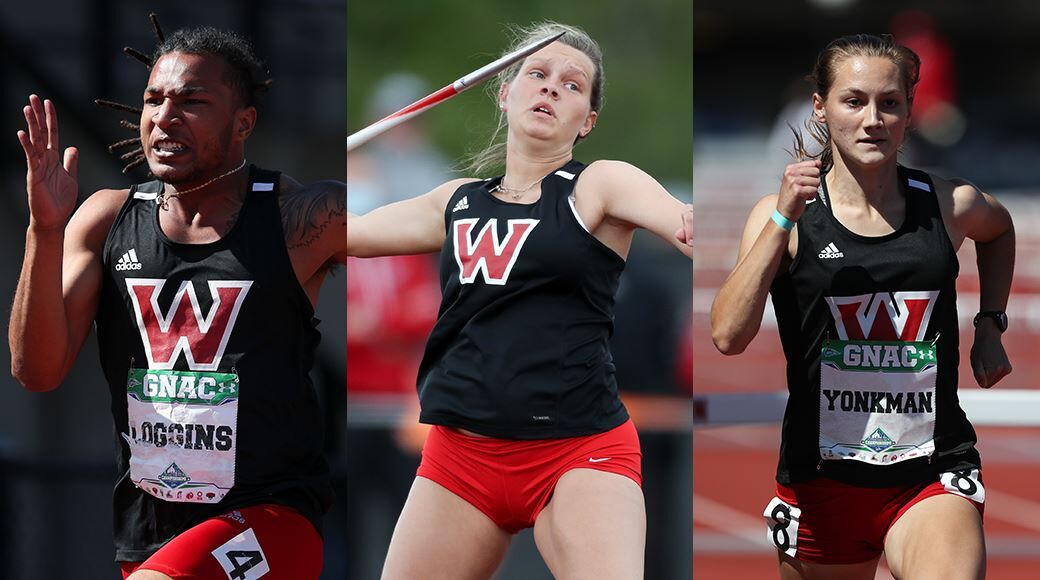 The WOU men scored 145 points and the women’s team finished with 92 points. Western Washington won the men’s title and Seattle Pacific took the women’s title during the two-day meet.

Here are the highlights of the meet for Western Oregon

Karsten Collins (discus), Jalon Fields (long jump) and Moana Gianotti (shot put) all won titles in their events to highlight the day for the Wolves.

Not only did Collins, Fields and Gianotti all win their events, but they all set personal-best marks in each as well.

Collins hit a new personal record (PR) in the men’s discus with a throw of 150-04 for the winning toss on his final attempt.

Fields picked up his new PR in the men’s long jump, reaching a distance of 23-04.50 to take first. His top jump came on his final attempt as well.

Gianotti tallied her new PR in the women’s shot put with a throw of 45-00.50 to take first. Her top throw came on her fifth attempt.

WOU had several other strong results in day one.

Caitlin Heldt, running in her first women’s 10,000-meter, went right down to the final lap with Northwest Nazarene’s Bethany Danner before Danner took first with a time of 37:09.29, to just hold off Heldt’s time of 37:13.13, which ranks third on the WOU all-time list.

Jenelle Hurley reached the podium in the women’s high jump clearing a height of 5-03.75 to come in third. Teammate Amity Deters, of Perrydale, also reached a height of 5-03.75, which placed her fourth. Hurley claimed the higher spot by cleared her attempt on the first try, while Deters took three tries to get to the same height.

Loggins ran the eighth fastest time in program history in the 100-meter crossing with a time of 10.73 in his winning effort. It’s the second straight GNAC Championships that Loggins has won an event, having claimed the first-place title at the GNAC Indoor Championships in the 60-meter in 2020.

Yonkman ran the seventh fastest time in program history in the 400-meter hurdles with a time of 1:03.70 to place third. Yonkman trimmed over two seconds off her preliminary time of 1:06.06 from Friday to set her new personal-best in the event.

Goldstein was close to his season-best mark in the javelin when he hit a mark of 187-1 to come in second. It was the second time this season he had a throw of over 57 meters and he bested his throw from the previous GNAC Outdoor Championships by over 13-plus feet.

Wilson had a flashback to her throws from the previous GNAC Outdoor Championships on Saturday. Wilson hit her season-best in the javelin to come in second on Saturday hitting a distance of 143-9. Wilson’s mark is also an NCAA Provisional in the javelin. Her previous high throw this season was a mark of 115-10. It’s close to her 2019 GNAC Outdoor Championships throw that she had of 151-4 before eventually finishing sixth at the NCAA Division II Outdoor National Championships.

Fields followed up his first-place finish on Friday in the long jump by placing second in the triple jump on Saturday. Fields hit a distance of 47-11 in the event to not only place second, but his mark ranks sixth in program history.

The women’s relay team in the 4x100 of Maya Hopwood, Ana Popchock, Jenelle Hurley and Maliyah Thompson placed third with a time of 48.46, which was just off the season-best time of 48.37.

The men’s relay team in the 4x400 of Trey Reed, Deshaun Stevens, Aaron Hanible and Max Carmona placed third with a time of 3:19.57. That new time crushes the previous season-best mark by a 4x400 team this year by almost seven full seconds.