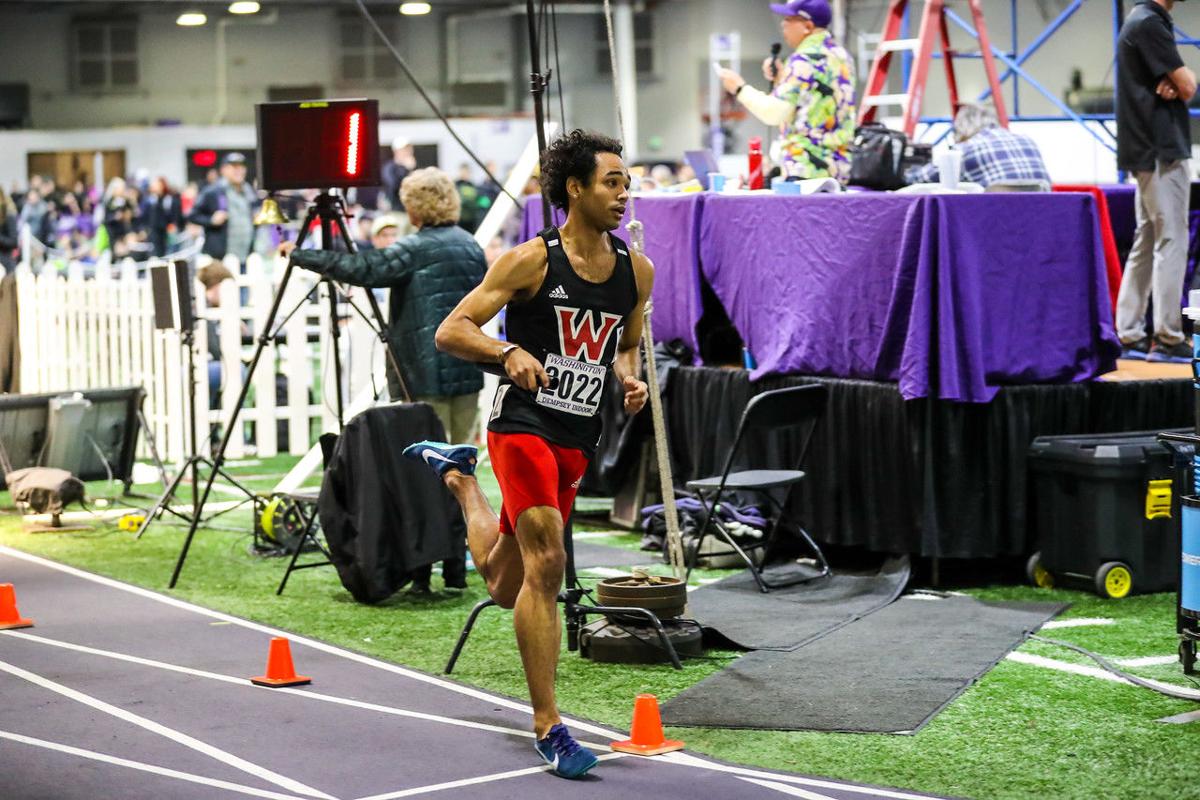 Derek Holdsworth is planning to compete in the 800-meters race next year at the Olympic Trials. 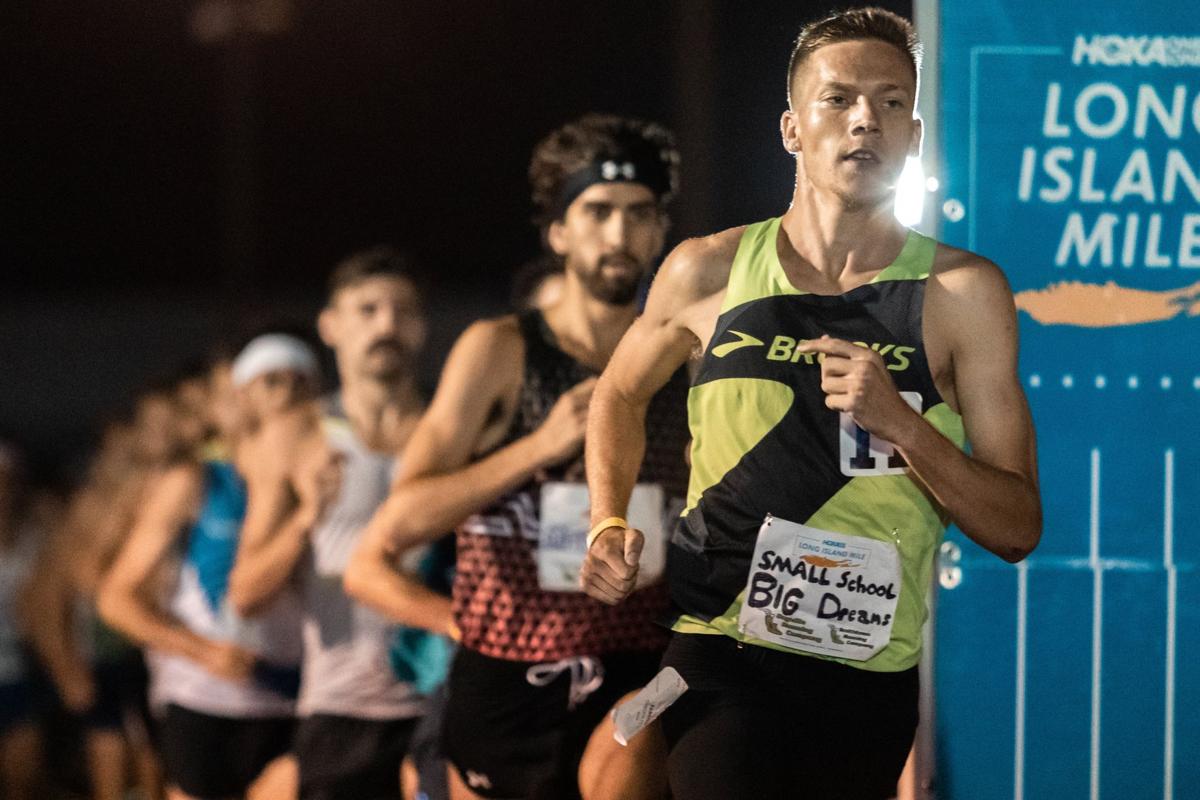 David Ribich, former track and field athlete at WOU and now a professional runner for Brooks, will compete next year at the Olympic trials in June at Hayward Field.

Derek Holdsworth is planning to compete in the 800-meters race next year at the Olympic Trials.

David Ribich, former track and field athlete at WOU and now a professional runner for Brooks, will compete next year at the Olympic trials in June at Hayward Field.

MONMOUTH — Derek Holdsworth looks at the postponement of the Olympic track and field trials as another chance to get better.

Originally the trials, which Holdsworth hopes to qualify for in the 800-meters, were set for late June of this year, but have been delayed until June 18-27, 2021 because of the coronavirus pandemic.

“I’m still training the same, I didn’t really take any time off since everything got canceled,” Holdsworth said. “I’ve been working on explosive stuff, plyo drills, stuff that I just normally wouldn’t get to do, so I’m developing a lot more speed. My strength is in a really good spot right now, just from being able to consistently train without having to race really. It’s been interesting. (This time) gives you a lot of time to work on your weaknesses.”

Holdsworth, a transplant from Williamsburg, Va., arrived to Western Oregon University last year eligible for two cross-country seasons and the 2019-20 indoor track and field season. For the indoor season, he set the school record and the Great Northwest Athletic Conference record for the 800-meter race, finishing in 1:47.74. He was the only Division II runner to finish in the top-10. He was also part of the distance medley relay team and was set to compete on the indoor national championship stage when the meet was canceled because of COVID-19.

When that meet was canceled the day before it was scheduled to happen, Holdsworth said he was sad he missed his final collegiate race — as well as his season.

“I feel for every athlete right now,” Holdsworth said. “The high school seniors that got screwed out of their whole outdoor season or the seniors in college. For me it’s different; I’m going to move on — no matter what happens, I’m going to try and have a successful running career. But there are seniors in high school and college that aren’t going to have that chance.”

Holdsworth is taking this unprecedented time in stride.

“The first six weeks (of everything) I was pretty unhappy, but I was really determined to get through this whole period,” he said.

His goal to compete in the trials extends beyond making the qualifying standard of 1:46.

“If you watch the marathon trials, some people are there just to be there, and I don’t want to be that guy who just wants to be there — I want to be the guy who makes the finals and has a chance to make the team,” he said. “All you have to do is finish in the top three and make the standard. You get third, you’re a winner that day, you know.”

To make an Olympic team, you have to run a 1:45.20 or faster, and be one of the top-three finishers.

“I’m really competitive,” Holdsworth said. “What’s keeping me motivated is thinking about winning the trials and making the team. You only have so many chances to do that.”

Because he’s already run a mark close to the 1:47-standard time, Holdsworth said he isn’t worried about making the qualifying time.

“It’s like that saying that goes, ‘hard work beats talent when talent’s not working,’ so that’s been kind of the thing that’s been going through my mind lately,” he said. “I’m pretty excited no matter what. A year is nothing.”

A competitor at heart, Holdsworth is taking every opportunity he can to race with individuals who can run as fast or faster than him.

He’s heading back to Virginia this week to race with a few guys who have all made an Olympic or Worlds team.

“Some of those guys are 1:44, 1:45 and 1:46 800 runners,” Holdsworth said. “We aren’t chasing a standard because the qualification window (for the trials) doesn’t open until December, but why waste the amazing shape that we’re all in? Let’s just go run fast and help each other.”

He said he runs his best when he’s either being chased down or chasing the person in front of him.

Being a racer is definitely what he thrives on, said Mike Johnson, former head coach of WOU’s cross-country and track and field programs. He has been working closely with Holdsworth since last year.

Johnson feels confident that Holdsworth will be fast enough to make it onto an Olympic team.

“And it’s because he’s a racer,” he said. “The issue for him is making the finals of the trials, because that is really hard. But once you’re in the finals, the racer has the advantage because times no longer matter. All you have to do is beat somebody. Making the final might be as hard as making the team.

“But to be effective, he needs to run a couple seconds faster.”

That’s what the two of them will be working on throughout the next year.

“I respect (Derek),” Johnson said. “He’s outspoken. He has skill, he has talent.”

Their relationship extends beyond coach and athlete.

“He’s been a positive father-figure for me,” Holdsworth said. “I enjoy the conversations we have, training, ranting about food, whatever. I can just call him up and he’ll talk to me for like an hour if he wants to.”

As he pursues the trials, Holdsworth will also be finishing up his college degree and is projected to graduate next spring.

“It’s what brand I believe would support me and that way I can give back to them,” he said. “I want a company that I can have a relationship with.”

Holdsworth isn’t the only athlete from WOU planning to compete in the trials next year.

David Ribich, who is known as the most-decorated athlete to come out of WOU, and now a professional runner for Brooks, was all set to compete in the 1,500-meters race in what would have been just a few days from now.

Now, he too is having to prepare for another year of training.

“It’s one of those things where you have this date or this goal written on your calendar that you shoot for, pretty much every single day, and that’s one of the driving forces of why you get up and why you put yourself through the hurt of mileage and the workouts,” Ribich said. “So, seeing that it’s been postponed, there’s had to be a lot of reevaluation of kind of why I did do this sport in the first place.”

“(Running) is a passion of mine and I love doing what I do,” he said. “I feel strangely indifferent about the postponement, not because I don’t care about it, but because my passion and love for the sport hasn’t changed at all.”

On April 7, World Athletics announced that athletes who ran a qualifying time between Jan. 1, 2019 and April 5, 2020 do not need to qualify again.

Over the next year, Ribich will approach training similarly to Holdsworth: working on weaknesses and preparing to race in one of the biggest races of their lives.